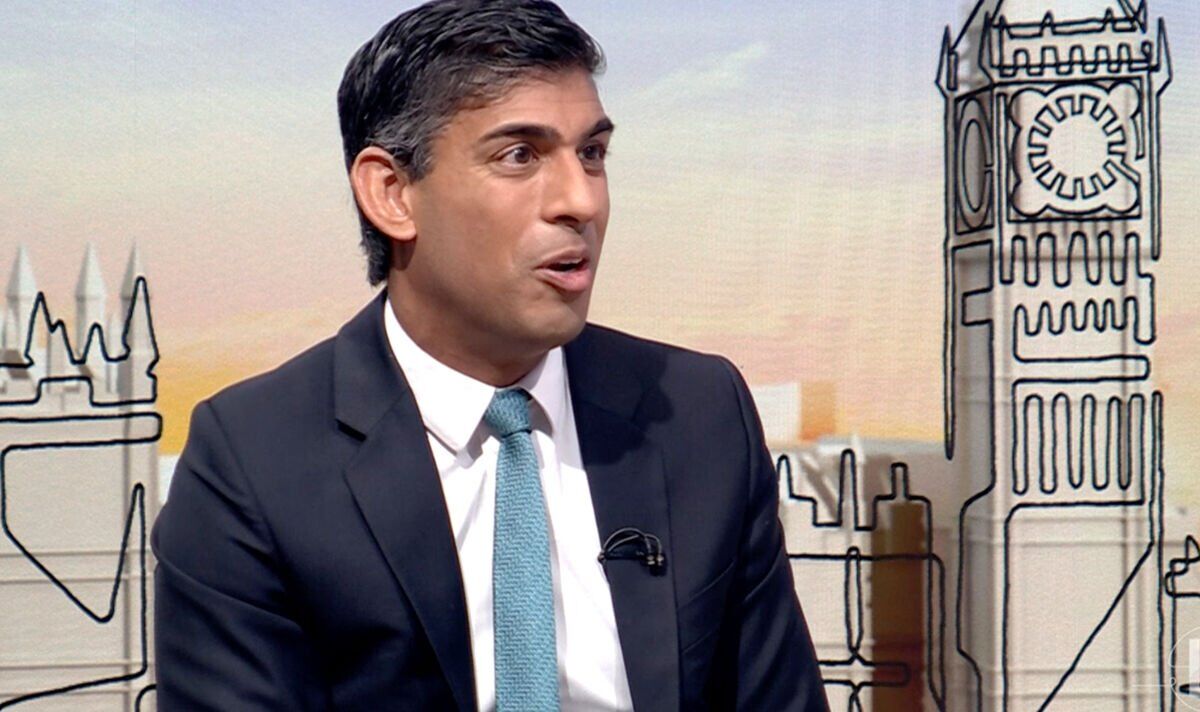 The former Chancellor said it would be “presumptuous” to assume he would be selected by his local Conservative association to be their candidate at a future national ballot. There has been intense speculation in Westminster that the MP for Richmond, North Yorkshire is ready to quit British politics if Liz Truss beats him in the race to replace Boris Johnson.

Mr Sunak pledged to continue serving as an MP if he lost the leadership vote, vowing to “stay as a Member of Parliament”, but would not be drawn on what he would do at a general election.

Appearing on the BBC’s Sunday with Laura Kuenssberg, he said: “It’s been a great privilege to represent them as their Member of Parliament for Richmond in North Yorkshire, I’d love to keep doing that as long as they’ll have me.”

Pressed on whether he would seek a new term as the local MP, he added: “It’s really it’s presumptuous for me to say because I have to get selected by my own members.

“But, I was with them on Friday night and it’s been a great privilege to represent them and I know I can do good work for them.

READ MORE: Next prime minister odds: Tories to decide how much Truss to ‘win by’

“We just launched a campaign of mine to get more investment in our local hospital, the Friarage, just recently successful.

“It’s going to make an enormous difference to my constituents so I’m excited to do that.”

The former Chancellor said that he looked forward “to supporting the Conservative Government in whatever capacity” once the result was made announced tomorrow.

The two leadership candidates will find out the outcome of the contest just 10 minutes before it is made public at 12.30pm.

“I think my job now is just to support a Conservative Government,” Mr Sunak said when asked what he would do if he lost the race to be Prime Minister.

Ms Truss has indicated she would offer her leadership rival the chance to serve in her Cabinet.

However, Mr Sunak suggested last month that he would reject the opportunity to serve in the Government’s top team.

“One thing I have reflected on as well a bit is being in a Government, in Cabinet, over the last couple of years, you really need to agree with the big things,” he said.

“Because it is tough, as I found, when you don’t.

“And I wouldn’t want to end up in a situation like that again.”

Mr Sunak and Ms Truss have repeatedly clashed on the best way to tackle the current cost of living crisis during the Tory leadership race.

The former Chancellor has accused his rival’s plans of being “dangerous” and said they would put the public finances in “serious jeopardy”.