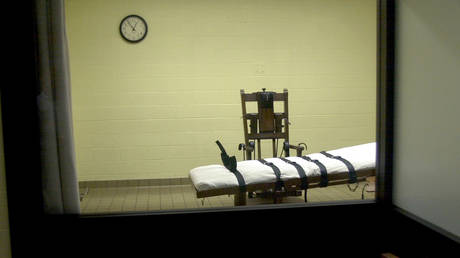 Soros-funded nonprofit claims 35% of attempted capital punishments were “visibly problematic”
While the number of executions in the US in 2022 continues to drop, more than a third of all attempts to put convicted criminals to death were “botched” over the past year, according to a report released on Friday by the Death Penalty Information Project (DPIC).“Seven of the 20 execution attempts were visibly problematic — an astonishing 35% — as a result of executioner incompetence, failures to follow protocols, or defects in the protocols themselves,” the DPIC year-end report said, dubbing 2022 “the year of the botched execution.”In one example listed, Alabama authorities in July took three hours to administer a lethal injection to an inmate. Two subsequent executions were canceled because the staff were unable to set up an intravenous line correctly, prompting the governor to order a “top-to-bottom review” of state protocols.The governor of Tennessee also canceled all pending executions and ordered a review of the process, after someone complained the lethal drug cocktail had not been tested for impurities and contamination. Idaho scheduled an execution without having the drugs to carry it out. Oklahoma had to cancel one because it did not have custody of the prisoner. South Carolina laws had provided for alternate methods if lethal drugs were not available, but the state supreme court ruled that death by firing squad was against the prohibition on “cruel, unusual, and corporal punishments.”

The DPIC applauded the fact that only 18 executions had been carried out in 2022, the fewest since 1991 – not counting the 2020-21 period, when most capital punishments were delayed on account of the pandemic. It also noted that “cultural and political trends toward criminal legal reform and racial justice kept the death penalty out of favor” in most states, “even as media and politicians escalated fears of crime.” According to the group, 37 out of 50 US states “have now abolished the death penalty or not carried out an execution in more than a decade.”Billing itself as “a non-profit organization serving the media and the public with information and analysis on capital punishment,” the DPIC has produced reports claiming that capital punishment is racist and that more than 5% of those sentenced to death in the past 50 years were innocent or wrongfully convicted. Among the group’s major acknowledged donors are George Soros’ Open Society Foundations.
You can share this story on social media:
Follow RT on