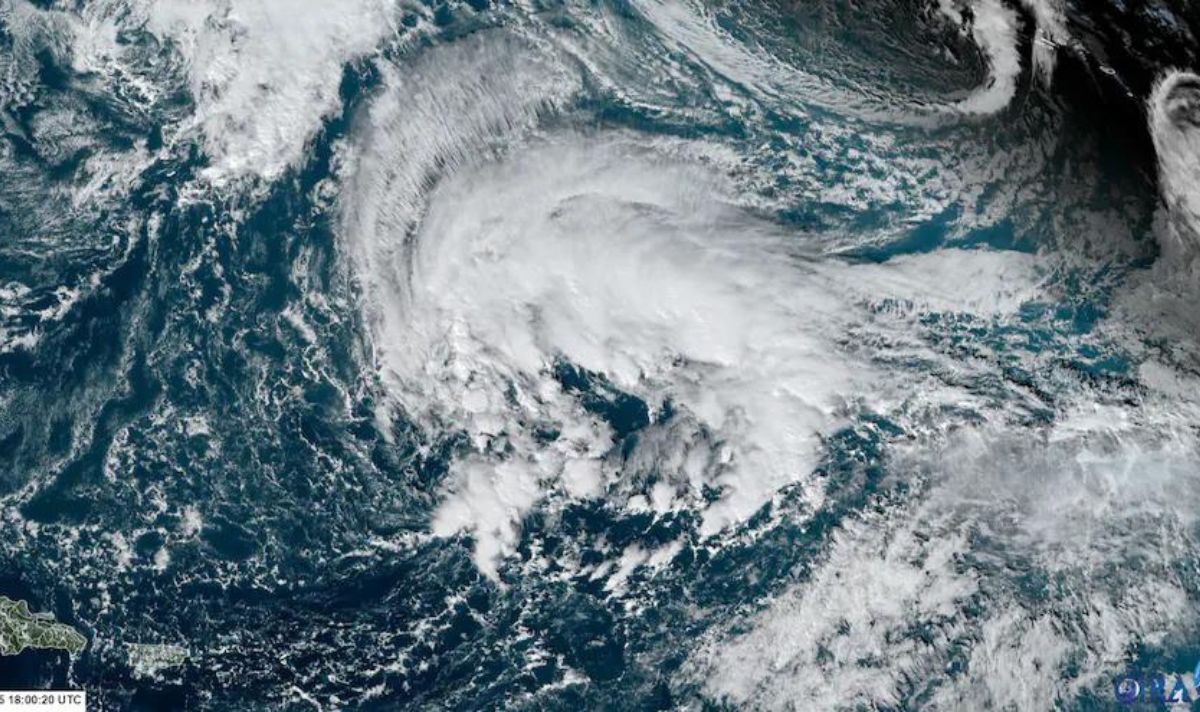 The tropical system is set to be large, spanning hundreds of miles, and bringing with it strong winds and rough seas extending well away from the centre of the storm.

Disorganised showers and thunderstorms are being formed along the Central Atlantic Ocean, the National Hurricane Centre warned on Monday.

As of 8:30pm EST on Tuesday, the storm system was located about 800 miles northeast of the northern Leeward Islands of the Caribbean.

The rare storm has already been named – Storm Owen, which means it has the potential to trigger an amber or red warning and have a substantial impact.

A storm is given a name when it reaches or is expected to reach wind speeds of at least 39 miles per hour.

On Monday, the National Hurricane Centre reported: “Environmental conditions appear marginally conducive for development and a subtropical or tropical storm could form in the next couple of days.”

The last time a storm was recorded this late in the year was in 2013 when an unnamed subtropical storm formed in the first few days of December.

Subtropical storms typically have a large, cloud-free centre of circulation with very heavy thunderstorm activity and strong winds, according to the National Weather Service.

Adam Douty, AccuWeather’s senior meteorologist, said: “This tropical system is expected to be large, spanning hundreds of miles. As a result, wind and rough seas can extend well away from the centre of the storm.”

The areas most likely to be affected are Bermuda and the Azores, an island chain located to the west of Portugal, said Courtney Travis, an AccuWeather senior meteorologist.

But Travis warned Storm Owen could travel west as far as Florida’s Atlantic coast if it becomes strong enough.

Storm Owen is set to hit the country just as the Atlantic is recovering from Hurricane Nicole – a Category One storm that led to evacuations along Florida’s east coast last month.

At least five people died in during the deadly storm, which ripped through Florida in November destroying homes and leaving some people with no choice but to evacuate.

At least 114 people are believed to have died, making Ian the deadliest hurricane to hit the east coast state in almost 90 years.

In the aftermath of both deadly storms, A.J Miller, Volusia County Beach Safety Captain, said: “The Volusia Coast has been devastated by hurricanes Ian and Nicole.

“Damage assessments from these two storms combined have totaled in the hundreds of millions of dollars with over 30 homes and two dozen hotels and condos that have been evacuated.”