Skip to content
HomeNewsRain map: When will it rain in August? INCHES of rain to come as thunderstorms rock UK 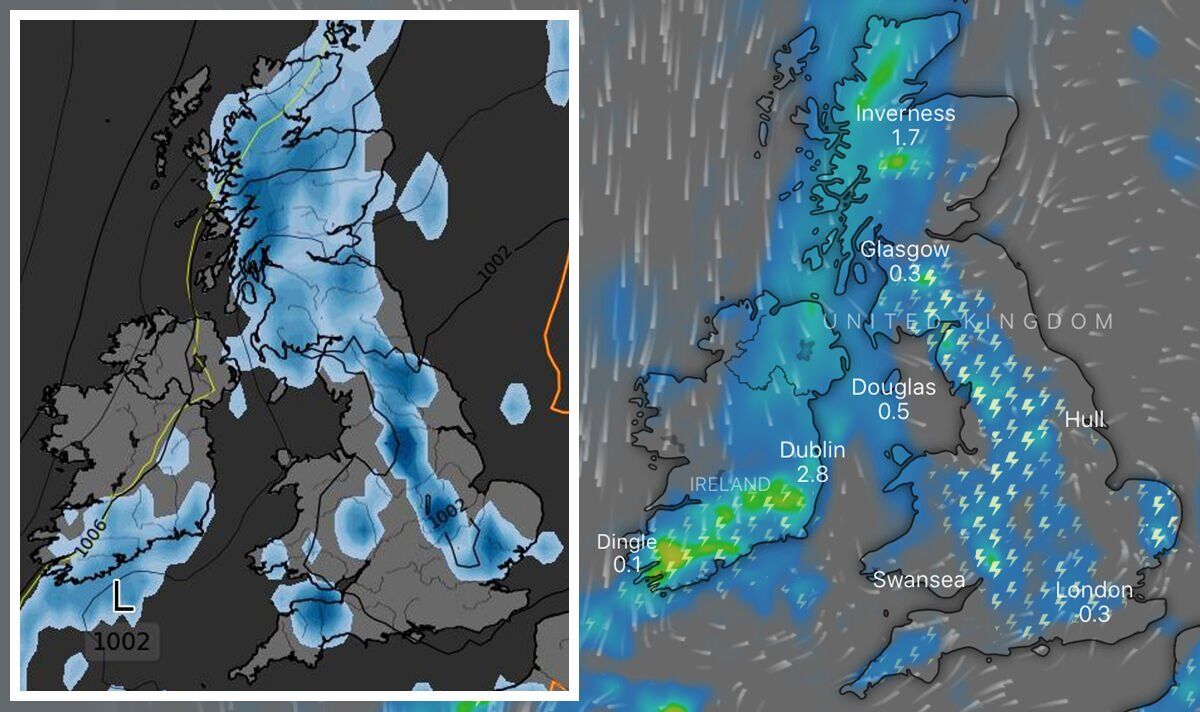 Drought has beset eight UK regions, according to the National Drought Group, with two hosepipe bans now guiding water consumption as reservoirs run near empty. A third on the way for Thames Water’s 15 million customers highlights the country’s precarious position, which only adequate rainfall can correct. Thunderstorms next week will go a long way for several areas, pouring inches of water over hundreds of miles of parched earth.

When will it rain next?

The Met Office expects another hot, dry weekend with 34C highs in southern England on Saturday and Sunday.

An “extreme heat” warning has urged people to take care as they risk dehydration and other health issues caused by the weather.

New warnings for the following two days outline a host of new risks, this time from rain.

READ MORE: Heatwave forecast: How hot will it get today? 12 areas set to pass 30C

The following areas can expect significant rainfall on Monday:

People living in those areas should prepare for potential flooding, as baked earth won’t absorb the water.

While the Met Office has not predicted any danger to life, the forecasters may bring strong winds and lightning that damage buildings.

Surface water may also cause road delays and halt rail services, and there is a “slight chance” of power cuts.

Weather charts show that Monday’s rain will establish a long-lasting trend in the UK.

Over the latter half of August, maps from WXCharts, which uses data from MetDesk, show showers will continue to wash over the country.

Widespread rain should last for at least another week, breaking the UK’s months-long dry spell.

The Met Office long-range forecast predicts that the period will remain “unsettled” until August 26.

The agency is less clear beyond this point but has forecast “periods of rain which could occasionally spread further south and east” while temperatures trend “above average”.