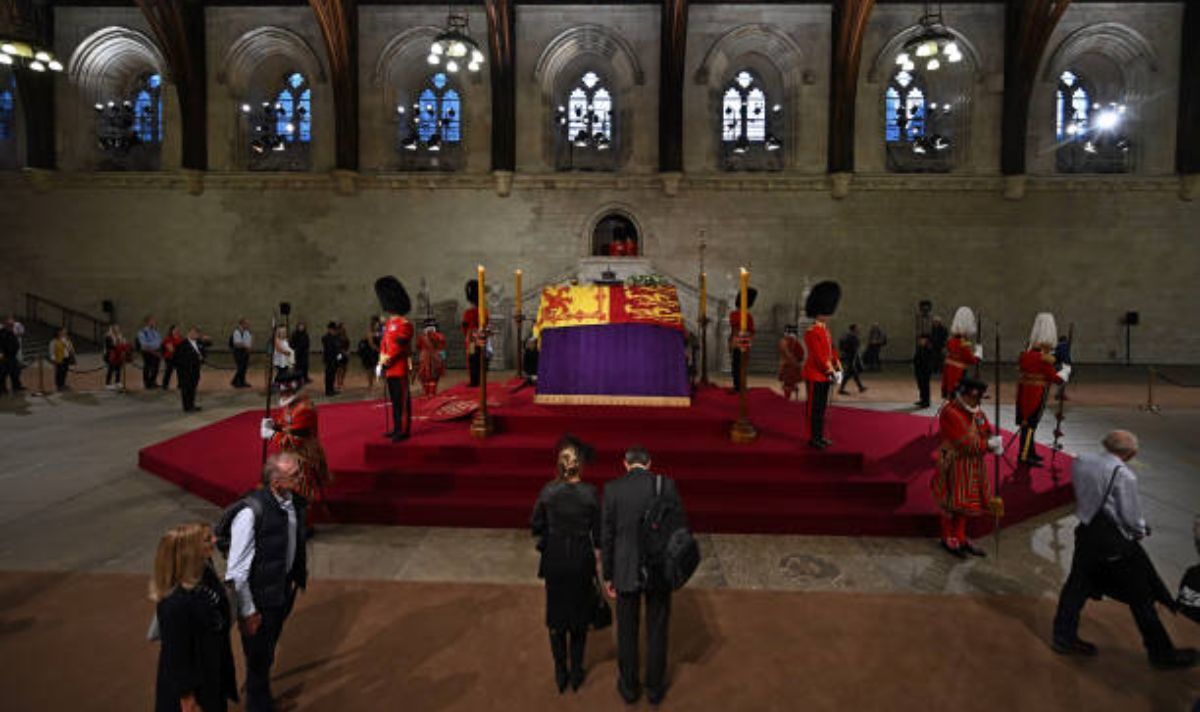 Hundreds of thousands are expected to travel to Westminster Hall to see the Queen lying in state, with over 6,500 waiting by the time the hall was opened at 5pm.

The first people began to gather at lunchtime on Monday.

By the time the first ones were being admitted the queue stretched over 2.5 miles eastwards past London Bridge.

The hall will be open 24 hours a day, with mourners able to queue through the night.

It is estimated that 3,000 mourners an hour will pass through the hall, meaning that more than 300,000 will get to view the coffin before the doors close at 6.30am on Monday, reported The Times.

However, last night it was thought that only 1,200 per hour were managing to get through the hall.

Government sources believe the queue could grow to be 10 miles long as over 750,000 people try to see the Queen.

Trisha, who is No 2,026 in the queue, said of her time waiting: “Everyone’s very friendly, and we’re all here for the same thing, which is to honour the Queen.

“We’ve met some nice people and we shared stories. We’ve even shared contact details. I’ve met someone I was at school with. It’s great.”

He told The Times: “I don’t really like how MPs always get the front row tickets.

“They should join in with the rest of the queue. We’re all flesh and blood in the end and we all want to pay our respects to the Queen.

“We’re all human, why should they be treated differently?”

The doors to the hall will close at 6:30am on Monday before the state funeral.