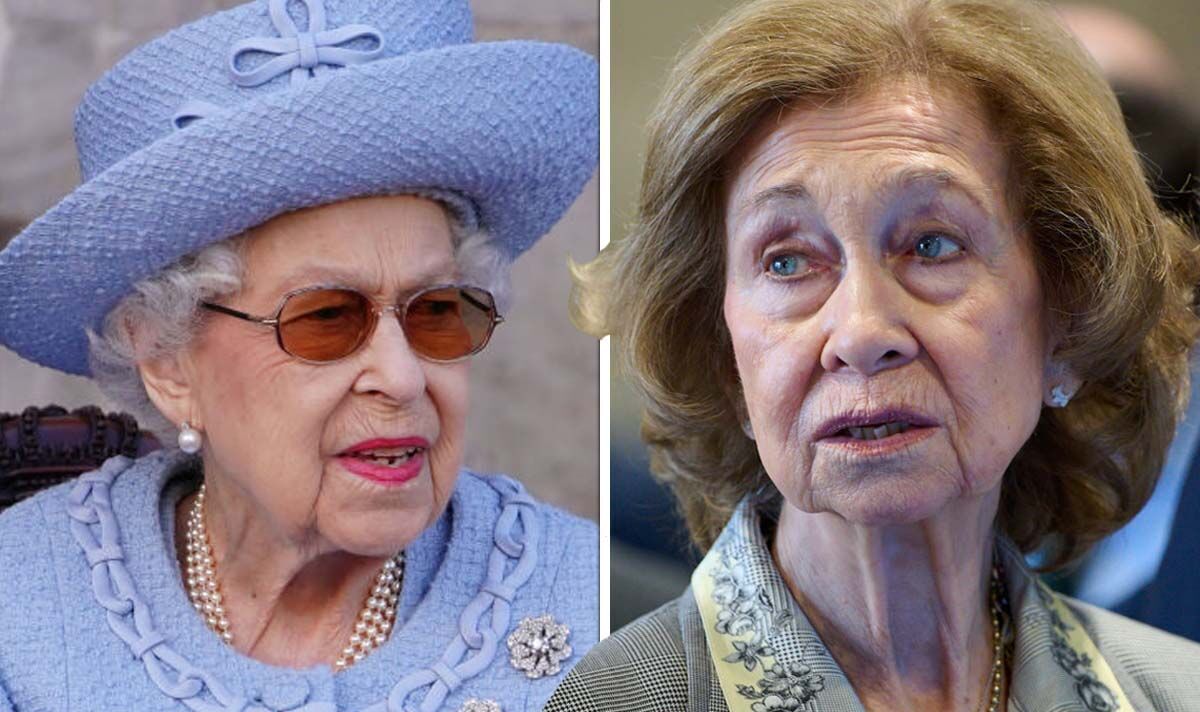 Queen Sofía of Spain made a rare public appearance on Saturday as she helped host a reception for local officials in Mallorca. The 83-year-old accompanied her son, King Felipe VI, and daughter-in-law, Queen Letizia, at the annual evening event for local dignitaries and representatives from across the island. It was the first time Queen Sofía has undertaken a public engagement for several weeks.

Sofía’s husband, former King Juan Carlos I, abdicated the throne in 2014 amid a scandal over his alleged financial irregularities.

Six years later, Juan Carlos fled his country and, despite the investigations into his finances being dropped, still resides in the United Arab Emirates.

He abdicated in favour of his son, and since Felipe ascended the throne, he, Letizia and Sofía have had to steadily battle against the family’s tarnished reputation.

Juan Carlos had previously been the centre of controversy following a trip to Botswana, during which he participated in an elephant hunting safari.

He went on to recount a previous time the Spanish royals had snubbed a British royal event.

Mr Kay wrote: “It is not the first time Spain has jolted the royals — in 1981 King Juan Carlos stayed away from Prince Charles’s wedding to Lady Diana Spencer because on their honeymoon the Royal Yacht Britannia was to stop at Gibraltar.”

However, the royal expert and old friend of Diana, Princess of Wales, argued that Sofía’s snub seemed “more personal”.

Sofía — like the Queen — is a direct descendant of Queen Victoria; she is a great-great-great-granddaughter and the two living Queens are cousins.

The Spanish Queen, who was born into the Greek branch of the Schleswig-Holstein-Sonderburg-Glücksburg dynasty, has an older brother — the exiled King Constantine, who lived in London until 2013 and was said to be close with Prince Philip.

Mr Kay claimed that the decision for Sofía not to attend the Jubilee lunch would likely “strain family relations”.

Nonetheless, the relationship between the two European monarchies appears to be cordial, with King Felipe VI of Spain writing a personal message to the Queen following the death of the Duke of Edinburgh last year, in which he called the monarch by a touching familial name.

He wrote: ”Dear Aunt Lillibet, we are deeply saddened to hear about the passing away of dear uncle Philip.

“In these sad moments, we would like to send you our most heartfelt condolences on behalf of the government and people of Spain, and all our sympathy and support.”

And in April, Prince Charles and Queen Letizia joined forces for a rare collaborative appearance.

The pair then officially opened the town’s new Spanish Gallery, the first exhibition space devoted exclusively to the art, history and culture of Spain in the UK.

Spanish newspaper El Pais reported at the time: “The arrival of Queen Letizia with the heir to the British throne, Charles of England, has electrified local life for a few hours.”