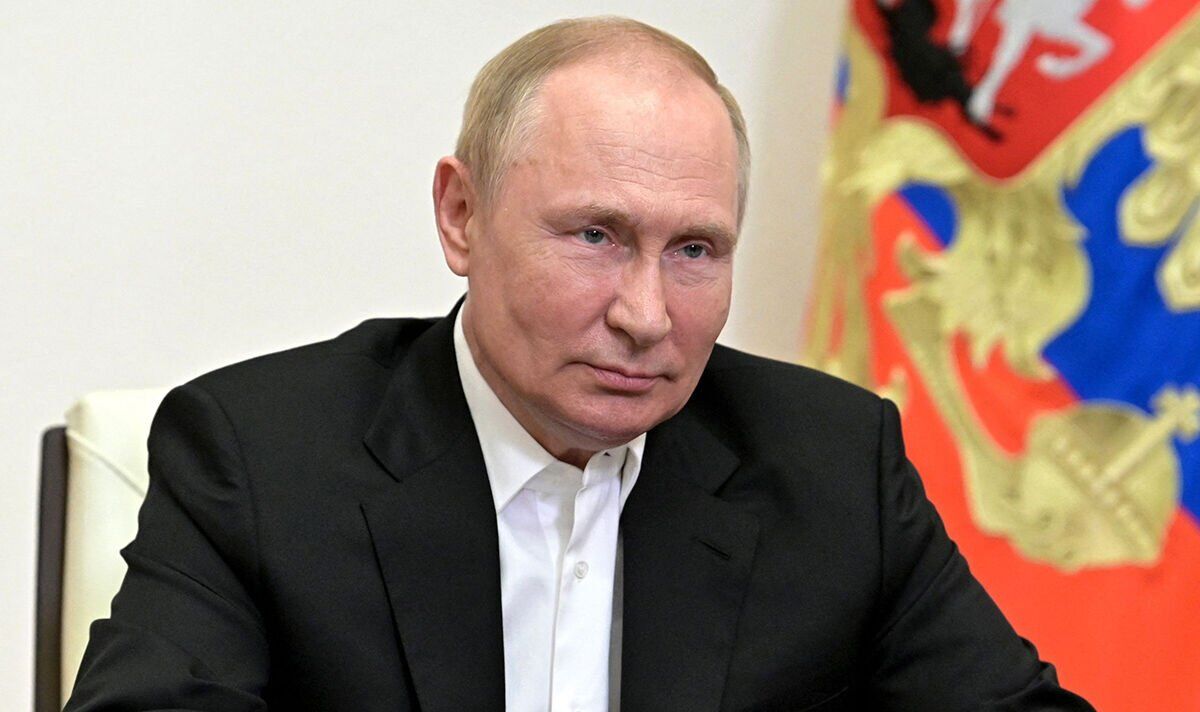 The Ministry of Defence revealed Russia had failed to “fit and properly employ” adequate Explosive Reactive Armour, which works to reduce the damage done by weapons to vehicles. According to the latest and humiliating update from the MoD, the war has seen “numerous failures” by Russian commanders who are struggling to enforce “low-level battle discipline”.

They said the Russians had not rectified a “culture of poor ERA use” since the First Chechen War in 1994.

The statement said: “The heavy attrition of Russian Main Battle Tanks in Ukraine is highly likely partially due to Russia’s failure to fit and properly employ adequate Explosive Reactive Amour (ERA). Used correctly, ERA degrades the effectiveness of incoming projectiles before they hit the tank.

“This suggests that Russian forces have not rectified a culture of poor ERA use, which dates back to the First Chechen War in 1994.

“It is highly likely that many Russian tank crews lack the training to maintain ERA, leading to either poor fitting of the explosive elements, or it being left off entirely.

“These deficiencies probably contribute to the widespread incidents of turret ejection, which are well documented in eye witness videos from Ukraine.

“The war has seen numerous failures by Russian commanders to enforce low-level battle discipline – such as the use of ERA.

Meanwhile, Ukrainian forces said they had beaten back a Russian attack in the southern region of Kherson.

Ukrainian presidential adviser Oleksiy Arestovych said in a video: “Russian forces have achieved only minimal advances, and in some cases we have advanced, since last month.

“What we are seeing is a ‘strategic deadlock’.”

They will discuss ways to find a political solution to the war and address the threat to global food supplies and the risk of a disaster at Europe’s largest nuclear power plant, which has been taken over by Russian forces.

The war has forced millions to flee, killed thousands and deepened aa geopolitical rift between the West and Russia, which says the aim of its operation is to demilitarise its neighbour and protect Russian-speaking communities.