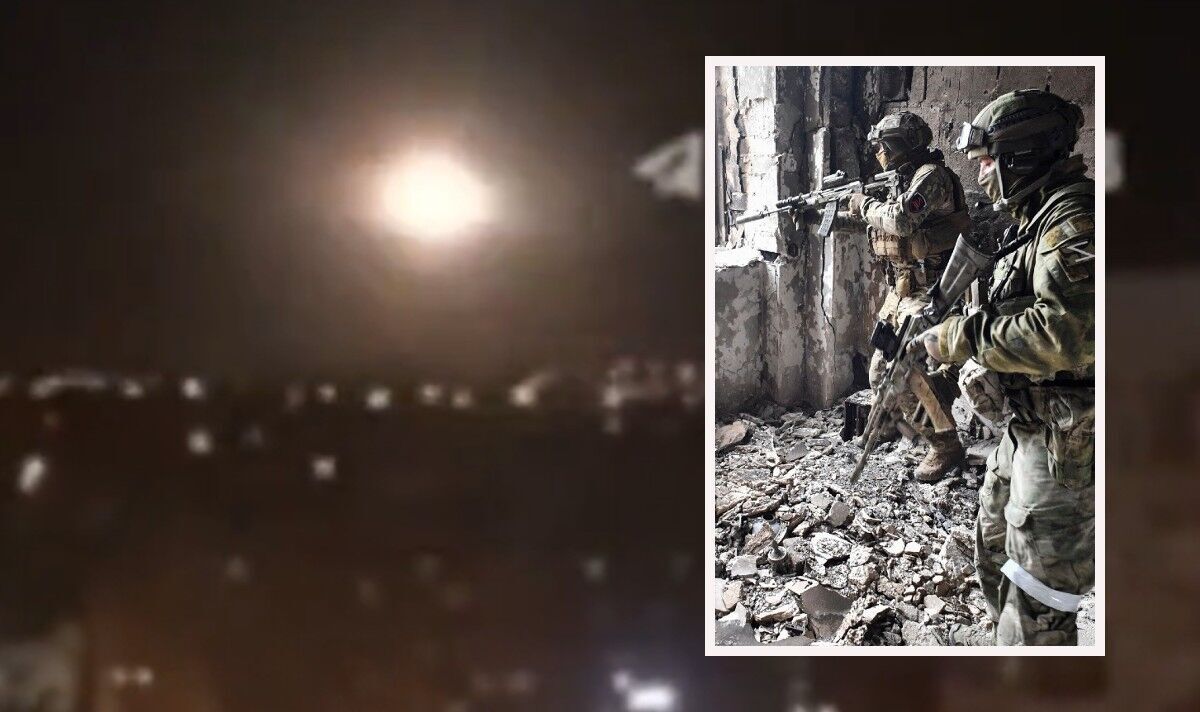 News aggregator Visegrád 24 posted on Twitter what appears to be footage of a missile launching under the cover of darkness from the Russian city of Belgorod. Belgorod is just a short distance from the Ukrainian second city of Kharkiv in the northeast of the country.

It sits just 40km, or just shy of 25 miles, from the Ukrainian border.

A bright spot, thought to be a missile, then travels across the screen before landing in a flash of light.

The caption claimed Russia had fired the missile “from the Russian city of Belgorod toward Kharkiv but one of the missiles malfunctions and falls down on Belgorod instead”.

Earlier this week, the governor of the Belgorod Oblast said “several explosions” had hit the city on Tuesday morning, activating the air defence system, according to the Ukrainian online newspaper, Ukrainska Pravda.

There have been no casualties reported.

Just a fortnight earlier, two villages in the Belgorod Oblast were evacuated after a huge fire ripped through an arms storage facility.

Belgorod’s governor said residents of the villages of Timxonovo and Soloti were safely relocated away from the blaze.

Kharkiv’s mayor, Ihor Terekhov, said shelling had rained down on the city for a second time in a single day on Tuesday.

According to Ukrainian news outlet Ukrainform, the city’s Kyivsky district had been targeted.

The shelling had then reportedly sparked a fire in a residential building.

Terekhov wrote: “Artillery shelling of the Kyivsky district. Several strikes. A fire in a high-rise building.”

Earlier reports indicated that four people had been killed in shelling in the city on Tuesday.

A further 11 were reported injured.