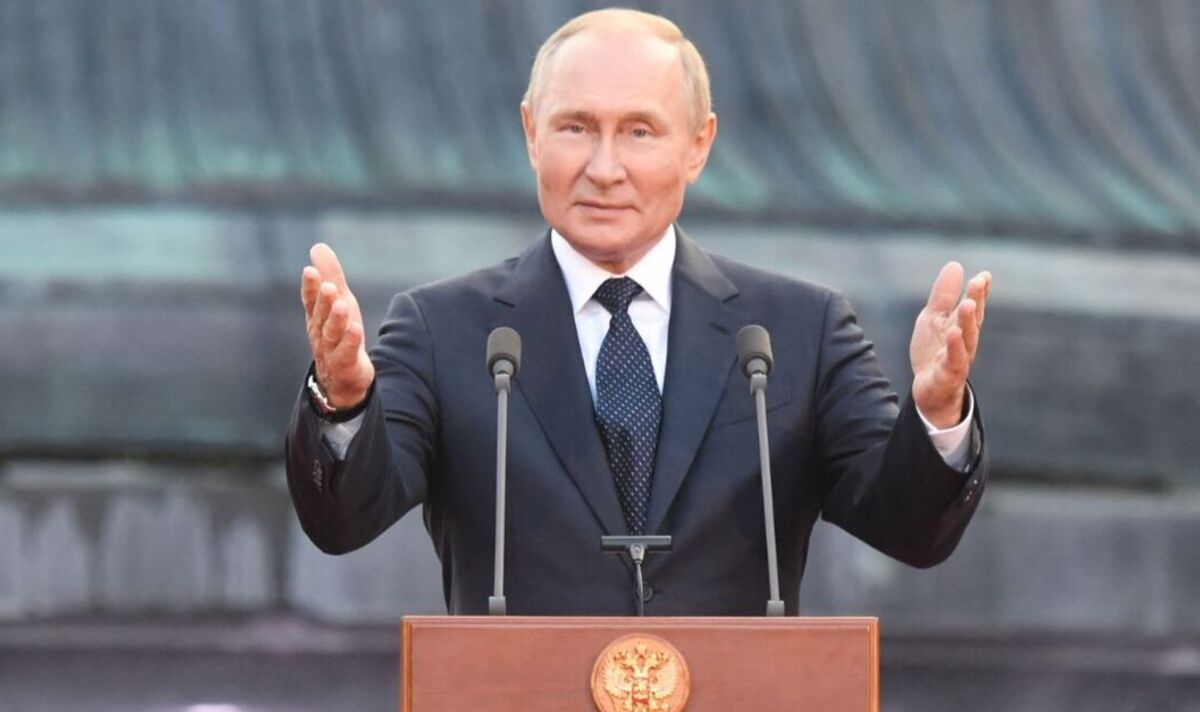 President Vladimir Putin has signed a decree which will officially recognise the two Ukrainian regions of Zaporizhzhia and Kherson as independent states following sham referendums. President Putin has always asserted that the so-called disputed territories in the east of Ukraine such as Luhansk and Donetsk should belong to Russia or be independent states.

The signing of the decree is the last stage of the highly disputed annexation process which was undemocratic and showed blank votes being counted without being read in order to get support for Russia’s plan.

The Russian President will be holding an official signing ceremony on Friday to annex more areas and is expected to make a key speech at the Kremlin despite Russia not fully controlling any of the four regions, it has been reported.

The day will see a celebratory concert held in Moscow’s Red Square in the evening with a stage already built and billboards stating that the four regions are part of Russia.

Putin’s spokesman Dmitry Peskov said: “Tomorrow at 15:00 (12:00 BST) in the St George Hall of the Grand Kremlin Palace a signing ceremony will be held on incorporating the new territories into Russia.”

According to the BBC, separate agreements will be signed with both of the Russian-backed separatist leaders from the east and the two Russian-appointed officials from the south.

However, Ukrainian President Volodymyr Zelensky has slammed the referendums in the regions as “pseudo-referendums” and has added that their conclusions do not change reality.

The President warned Russia that the continued annexation of his country would lead to “harsh” retaliation from Ukraine.

He said: “The territorial integrity of Ukraine will be restored and our reaction to recognition of the results by Russia will be very harsh.”

Reports of the voting have stated that election officials went door to door along with armed soldiers and there was no independent monitoring of the process that took place.

United Nations Secretary-General Antonio Guterres told reporters at the UN headquarters in New York on Thursday that the continued annexation process would be a “dangerous escalation” in the conflict in Ukraine.

“And this is the opposite of peace, it is a dictated peace.”

The Minister’s comments came after it was revealed that people in the Russian occupied areas of Ukraine were taken from their homes and work by threat and sometimes at gunpoint.

A woman from Enerhodar spoke to the BBC about her voting experience, saying: “You have to answer verbally, and the soldier marks the answer on the sheet and keeps it.”

Russia’s official recognition of the four regions as part of its territories has further fuelled concerns that Putin will argue that Western weapons are attacking Russian territories which could dissuade some countries from continuing to send military aid to Ukraine.

Last week the Russian President threated to use any weapons at his disposal, including nuclear weapons to defend his nation.