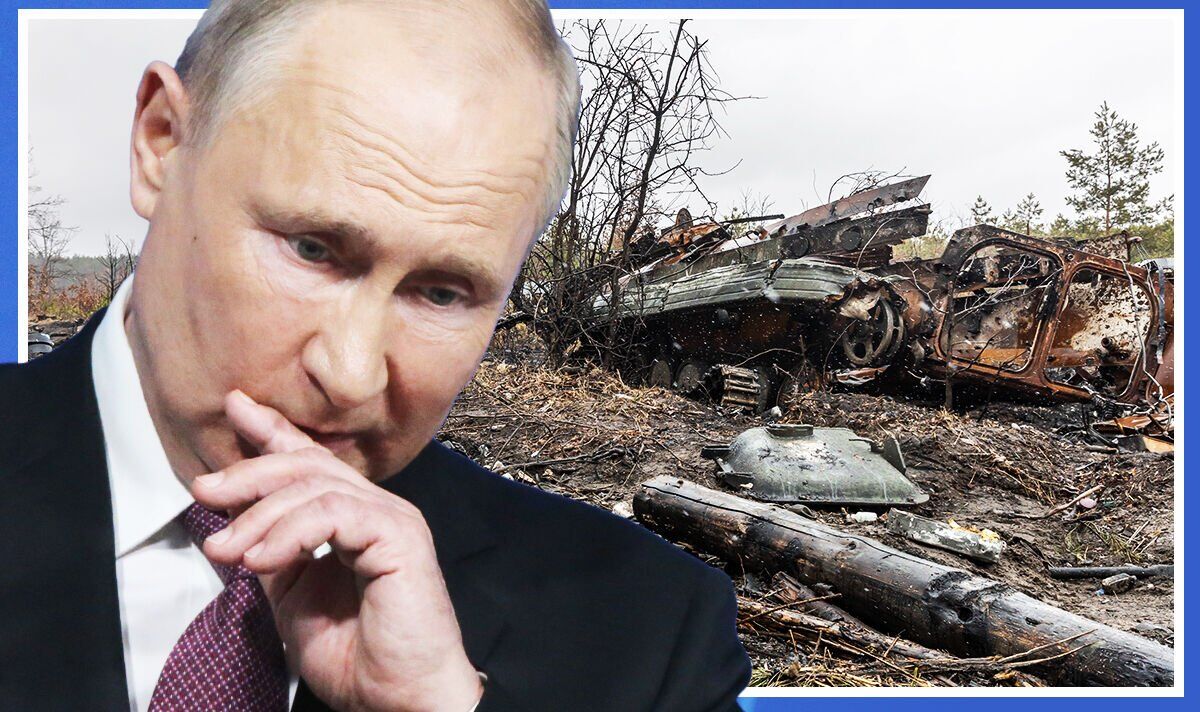 It comes amid unconfirmed reports that Russian forces in Kherson city could be on the brink of surrendering. The Russian President has seen his army take a complete battering in recent days, as Ukraine continues its counteroffensive on two fronts. Kyiv’s army has brushed aide all Russian resistance in the northeast as it continues its rapid advance in the Kharkiv region.

Over the weekend the strategic cities of Kupiansk and Izyum were retaken from the Russians, who seem powerless to stop the Ukrainian onslaught.

The Ukrainians have liberated more than 1,100 square miles on the Kharkiv front since they launched their counteroffensive last week and look set to make further gains.

Kyiv’s southern counterattack is also gathering pace, as Ukraine’s commanders seek to keep up the pressure on Putin’s beleaguered troops.

The Russians have deployed some of their best units to defend the territory, such as marines and paratroopers.

However, these elite units have been unable to prevent Ukraine’s military from breaching Russian defences and advancing.

Moreover, they have suffered huge casualties, which is having a profound effect on their morale.

“Let’s hope its true and further bloodshed can be avoided.”

Other analysts believe it is only a matter of time before Russian troops in Kherson capitulate due to their exhaustion.

Thomas C. Theiner, a former Italian soldier, wrote: “Kherson: looks like Ukraine is rotating its troops to the rear to give them rest, sleep, warm food after a day of combat.

“The Russian troops are 24/7 in their foxholes and non-stop under attack.

“Only a matter of time until these Russian units break and run.”