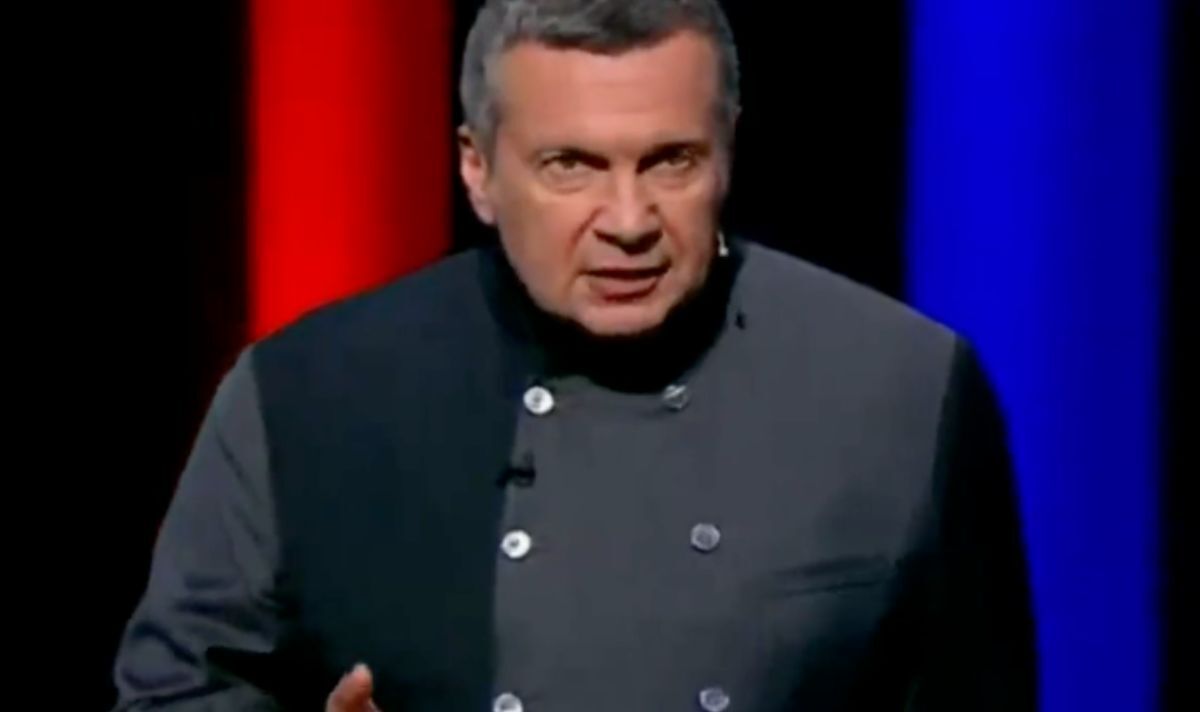 The Russian TV host warned of “direct conflict” with NATO over the war in Ukraine as he ranted over the slaying of Darya Dugina, daughter of a Russian ultra-nationalist ideologue, in a car bomb attack near Moscow. During his tirade, Solovyov let sip on a number of problems facing Russia on the homefront as Vladimir Putin suffered setbacks in the battle to takeover Ukraine.

Solovyov told Russia1: “The West is moving towards an open confrontation with Russia by leaps and bounds.

“Politely speaking, I think we are acting strangely. Do we have any doubts that sooner or later NATO will enter into a direct military confrontation against US?

“The army is fulfilling goals of the operation, the national guard is meeting it’s goals, volunteers over there and what is happening in our country?

“The time of being relaxed is over – it is over!

“First and foremost within the country I’ve spoken to a number of people directly involved in the production of military equipment.

“Everyone is shifting responsibility to somebody else. What’s with shifting the blame? Do what you are told and if you can’t shoot yourself!”

The two sides have traded blame over frequent shelling at the Zaporizhzhia nuclear plant, where Kyiv accuses Moscow of basing troops and storing military hardware. Russia denies this and accuses Ukraine of targeting Zaporizhzhia with drones.

To the south, renewed fighting and explosions were reported in Russian-occupied Kherson and in the Crimean peninsula, which Moscow annexed in 2014.

The bridge, a key crossing for Russian military transport in the region, has been repeatedly targeted by Ukrainian forces as they stage a counter-offensive to retake the Kherson region. A Kyiv interior ministry adviser said smoke was seen rising from the bridge.

Russian media reported explosions in the Crimean city of Sevastopol. The city’s Russian-appointed governor said an anti-air defence system had been triggered nearby. Crimea has been rocked by a series of explosions in recent weeks, including a blast at a munitions depot that Moscow blamed on saboteurs.