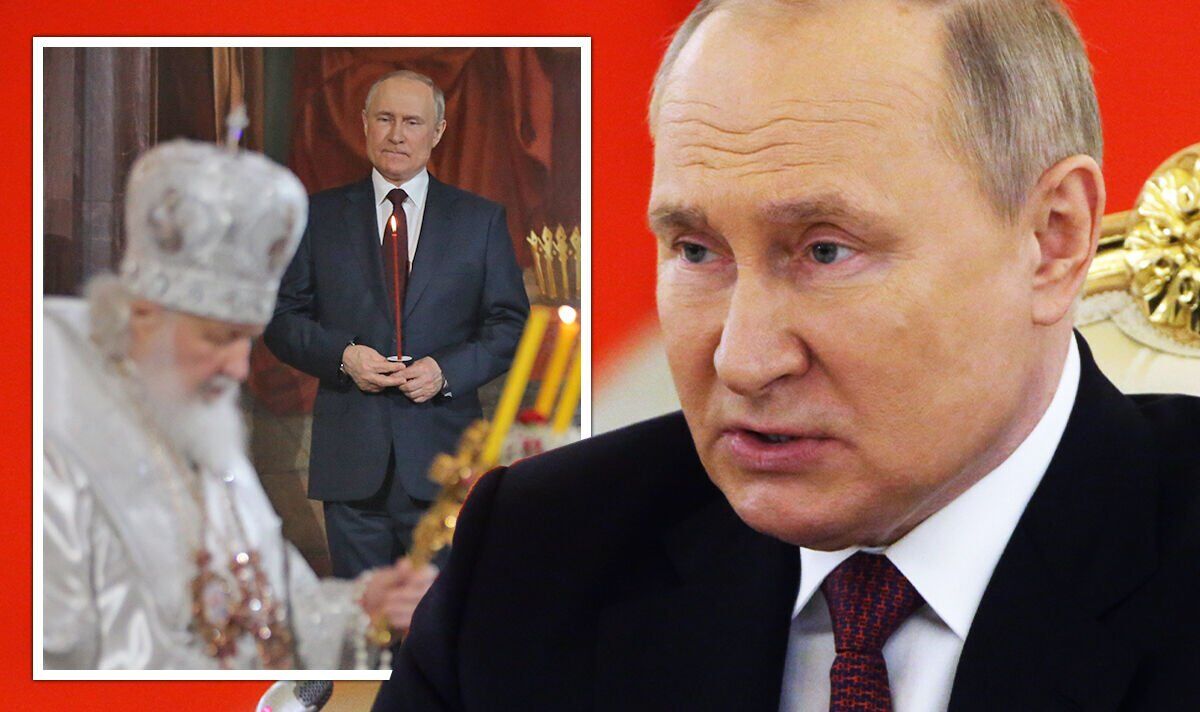 The war of words over the Russian invasion of Ukraine has become more and more extreme since the offensive began in February. At the time, Putin branded the war a “special military operation”, which he said was necessary in order to “de-militarise” and “ne-Nazify” Ukraine.

But Russian state-run television is increasingly pushing more radical rhetoric in what is understood to be a bid to get the Russian people on-side.

Francis Scarr, of the BBC, has been monitoring state broadcasters and joked today, on May 23, that it appears to have become “apparently bored with the term ‘Anglo-Saxons’”.

Instead, he added in a post on Twitter, when “referring to the dastardly US and UK”, programme hosts have used the term “Anglo-Protestants”.

Other users highlighted that this would come as news for US President Joe Biden, who is a Catholic.

Boris Johnson is an Anglican but, in his own words, a “very, very bad” one.

This is not the first time Russian state TV has invoked religion when commenting on the war in Ukraine and on the actions of Ukraine’s backers, including the UK and the US.

At the start of April, Orthodox tycoon Konstantin Malofeyev insisted the invasion was a “holy war”.

He, quoted again by Mr Scarr, said the targets were “satanists” and “pagans”.

Citizens have been threatened with 15 years in prison if they spread “false” information about the war.

Duma Chairman Vyacheslav Volodin insisted there must be a “very tough” response for those who “makes statements which discredit out armed forces”.

There is also a lot of secrecy around the number of Russian troops who have been killed in Ukraine, although counting on the other side is equally difficult to verify.

Reports suggest Russian business leaders and even Moscow officials are becoming increasingly concerned by the long-term implications of the “special military operation” for Russia.

Some within the Kremlin recently told Bloomberg they believed Putin had made a catastrophic mistake by ordering the invasion of their neighbouring country.

But they added they could not inform him of their doubts and understood there was “no chance” of a course change even if they could.