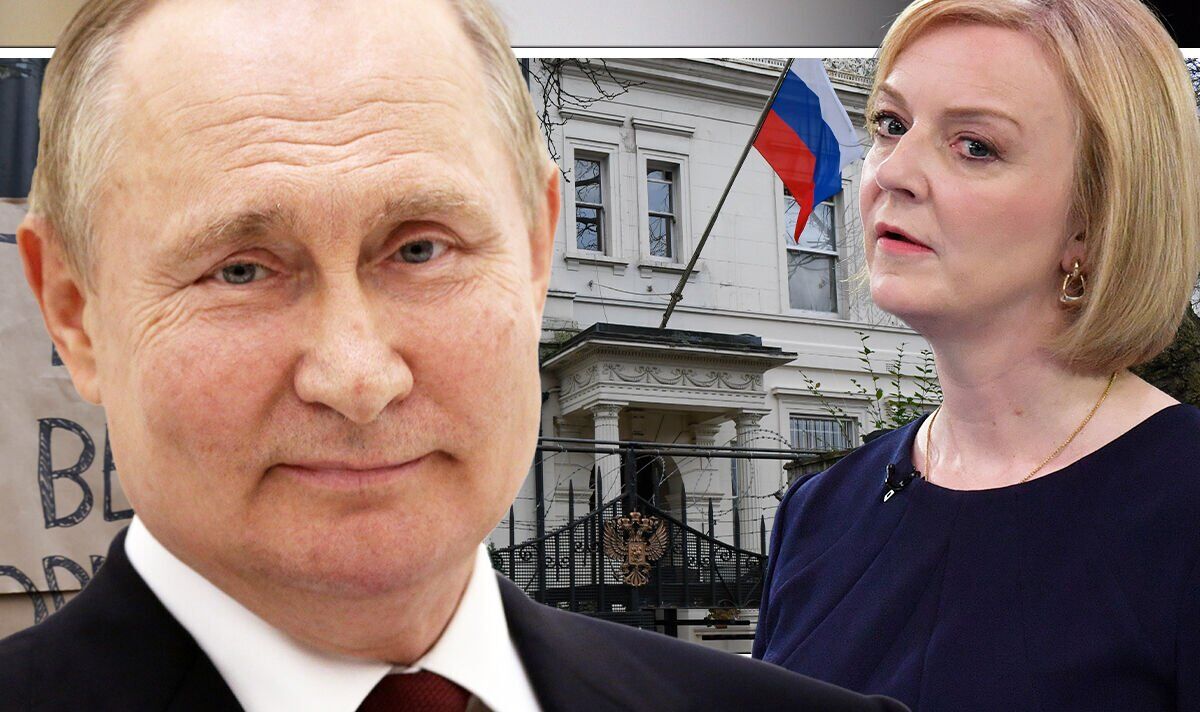 Andrey Sidelnikov, who was forced to flee his homeland 15 years ago, also believes the Russian embassy should be closed – and fears if nothing is done “bombs will come to London too”. The activist, who leads the London-based opposition movement Speak Up, “All of us who were born in Russia, with a Russian passport, it is our fault the war is going on now and we can’t do anything to stop it.

“A lot of Putin’s supporters live abroad, for a long period I have known in London, for example, there are thousands of supporters.

“Officially they change their mind and say they are against the war, but it is not true – most of them are just protecting their money and rich, good western life.

“They say they have changed their mind, but they just want to save their criminal money.

Mr Sidelnikov, who has been granted political asylum in the UK, added: “We see the governments of the West can’t understand if there is a good or bad Russian – maybe it is better to stop visas.

“Anyone who has one in the UK needs to be looked at more closely by the Home Office.”

Anyone who has supported Putin over the past 10 years, taken money from Putin-backed oligarchs, or who have been involved with companies supporting Putin’s regime should be deported from the UK and sent back to Russia, Mr Sidelnikov argued.

JUST IN: Putin on the brink – Crimea blasts ‘having psychological effect’

He added: “I know a lot of people who have a Russian passport and a UK passport – before February 14, they supported the Russian embassy and the Russkiy Mir Foundation.”

The activist also claimed most of the buildings owned by Russians in the UK which are worth over £3m were bought with “criminal” cash and UK officials did not look at them properly as “they brought a lot of money to the economy”.

Mr Sidelnikov also called for more international cooperation on sanctions and that the British government must collaborate with partners.

One businessman and high-ranking Russian politician Mr Sidelnikov said is currently escaping UK sanctions is Arsen Kanokov – said to be in the process of buying Starbucks, and has been sanctioned by Canada.

Mr Kanokov was a co-owner of the Russian Centrocredit Bank which still has an office in London.

Mr Sidelnikov said: “Now the British Government must cooperate with other countries and look with the EU.

“I hope the new Government in September will check all the sanctions and must do more.

“They must close the Russian embassy here in London. All the people working there – not most – are not diplomats, they work for the security service.

“It is time to close all relationships with Russia and all visas banned.

“Most of the Russian companies must be closed too.”

“If Putin wins in Ukraine he will head west, Poland and the Baltic countries will be first but bombs will come to London too.

“The Government must make more sanctions and close every hole where Putin’s supporters of Russia could hide.”

An analysis by London lettings and estate agent Benham and Reeves earlier this year indicated Russian residential property purchases contributed an estimated £190m in market value and £13.2m in stamp duty tax in 2021.

Russian buyers accounted for an estimated 247 primary residential property purchase across the London market in 2021, with a total market value of £167m, paying just over £11m in stamp duty tax in the process.

Benham and Reeves also estimates that Russian buyers accounted for approximately 39 Type B transactions at a market value of £22.8m, paying £2.2m in stamp duty tax at the higher rate for this type of purchase.