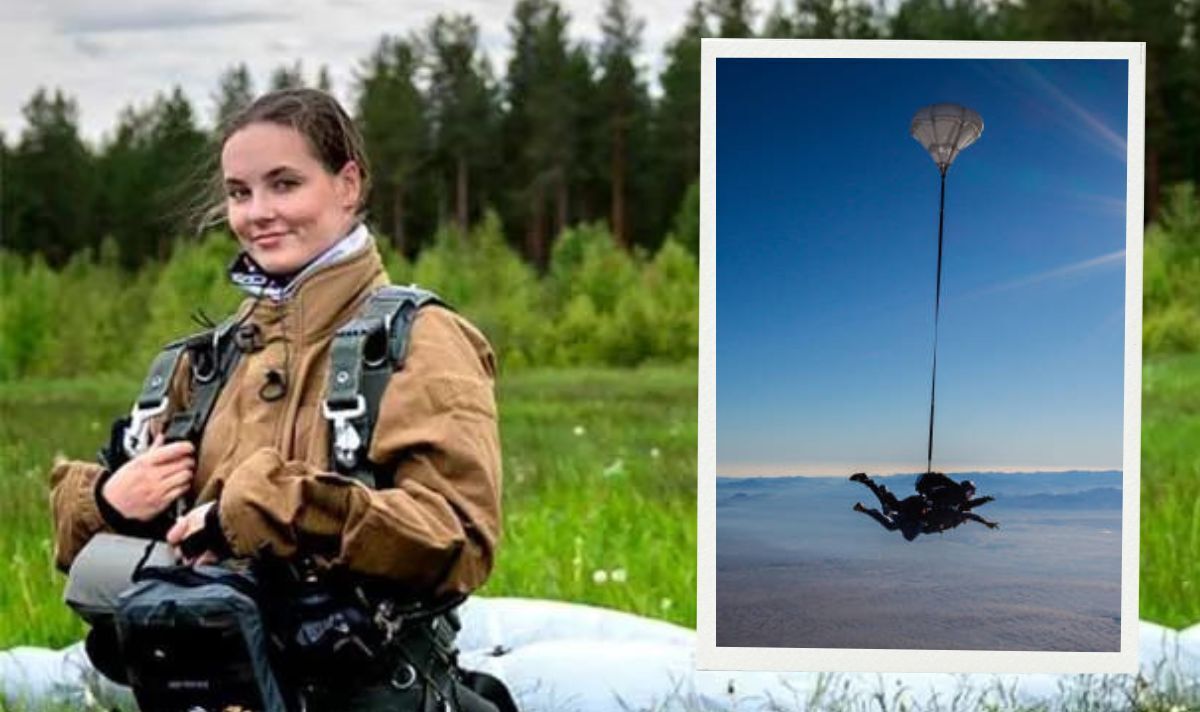 On Instagram, the Norwegian Royal Family posted two pictures of Princess Ingrid Alexandra of Norway to celebrate her birthday.

One of the photographs is an official royal portrait of the princess smiling while wearing a white high-neck top with a pendant necklace.

The other photographs show Princess Ingrid Alexandra moments after skydiving, as the royal is standing in a green field with the parachute behind her.

“At the top of the bucket list is skydiving, Princess Ingrid Alexandra said when she turned 18.

“This summer, she got to try herself from a height of 20,000 feet during a so-called HAHO jump (High Altitude, High Opening) together with the Defense Special Command at Rena.”

READ MORE: Meghan Markle may be ‘trying to distance herself’ from ‘Spare’

Princess Ingrid Alexandra is one of six princesses in Europe who are future Queens, as Sweden, Spain, Belgium and the Netherlands also currently have female heirs to their thrones.

The last Norwedigan Queen was in the 1380s with Queen Margaret, who ruled over Norway, Sweden, Denmark and Finland, was nicknamed the “Lady King” by her subjects.

Princess Ingrid Alexandra has only taken part in a handful of public royal engagements, as it has been reported that her parents wish for her to have a normal childhood.

However, it is known that she has a love of sports and is an avid skier, boxer and surfer, as in 2020 she won a gold medal in the Norwegian surfing championship for juniors