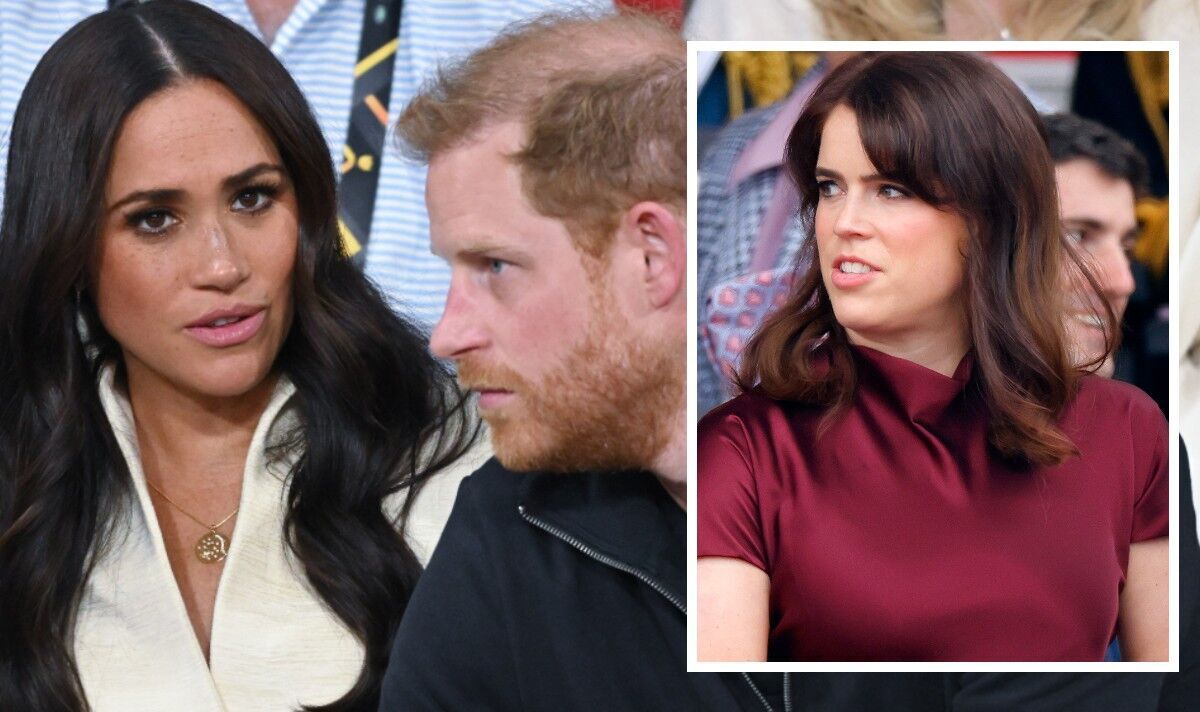 Prince Harry and Meghan Markle delighted royal fans on Monday by announcing they would be visiting Britain next month for a series of engagements involving “charities close to their hearts”. It will be the first time the Sussexes have been to Harry’s home nation since the Queen’s Platinum Jubilee in early June. They will make the trip in between travelling to Germany to mark one year to go before the Invictus Games 2023 for injured military personnel in Dusseldorf.

Announcing the visit, a spokesperson for Meghan and Harry said: “Prince Harry and Meghan, The Duke and Duchess of Sussex, are delighted to visit with several charities close to their hearts in early September.”

It is unlikely the Sussexes will stay with the Queen during their visit as the monarch is currently residing in Balmoral, Scotland, for her annual summer break.

Instead, it is thought Harry, 37, and Meghan, 41, who employ a team of private bodyguards after losing their status as internationally protected persons since they quit their royal roles, will stay in Windsor.

The Duke and Duchess of Sussex already have their own regal residence in the UK, Frogmore Cottage, where Princess Eugenie, 32, and her husband Jack Brooksbank, 36, were recently living with their one-year-old baby boy, August.

Harry, who in court documents has claimed it is not safe for him and his family in the UK, is currently suing the Home Office over its refusal to provide him with automatic police protection and access to intelligence every time he visits.

He has also begun a separate legal action over the refusal of the Home Office and Metropolitan Police to allow him to pay out of his own pocket to hire specialist police protection teams.

Royal sources believe it is almost certain that Harry, 37, and Meghan, 41, will want to meet the 96-year-old monarch, not least to bolster the commercial value of their brand. But it is not clear yet if the Queen will have time.

“There are a lot of moving parts to deal with in those days,” one source said.

The Daily Express understands there are currently no plans for the Sussexes to meet the Duke and Duchess of Cambridge. The rift between Prince Charles’s two sons shows no sign of healing.

Hopes of a reconciliation have been damaged by the revelation that Harry has written a memoir, which is due to be published before the end of the year.

The book is expected to reopen wounds over the Sussexes’ claim of racism inside the Royal Family and allegations that Meghan bullied palace staff.

Meanwhile the Duke and Duchess of Sussex’s charitable organisation Archewell was recently awarded a gong for its work advocating for Afghan refugees.

The Duke and Duchess of Sussex are to be given the Partner Organisation Award next week in New York.

Executive Director James Holt of the Archewell Foundation will be receiving the award on their behalf.

He said: “It’s an honour to be recognised by Human First Coalition, whose steadfast work in Afghanistan has played a critical role in delivering much-needed aid and resulted in the successful evacuation and resettlement of thousands globally.

“We share a commitment to supporting families and veterans and are grateful for their partnership.”