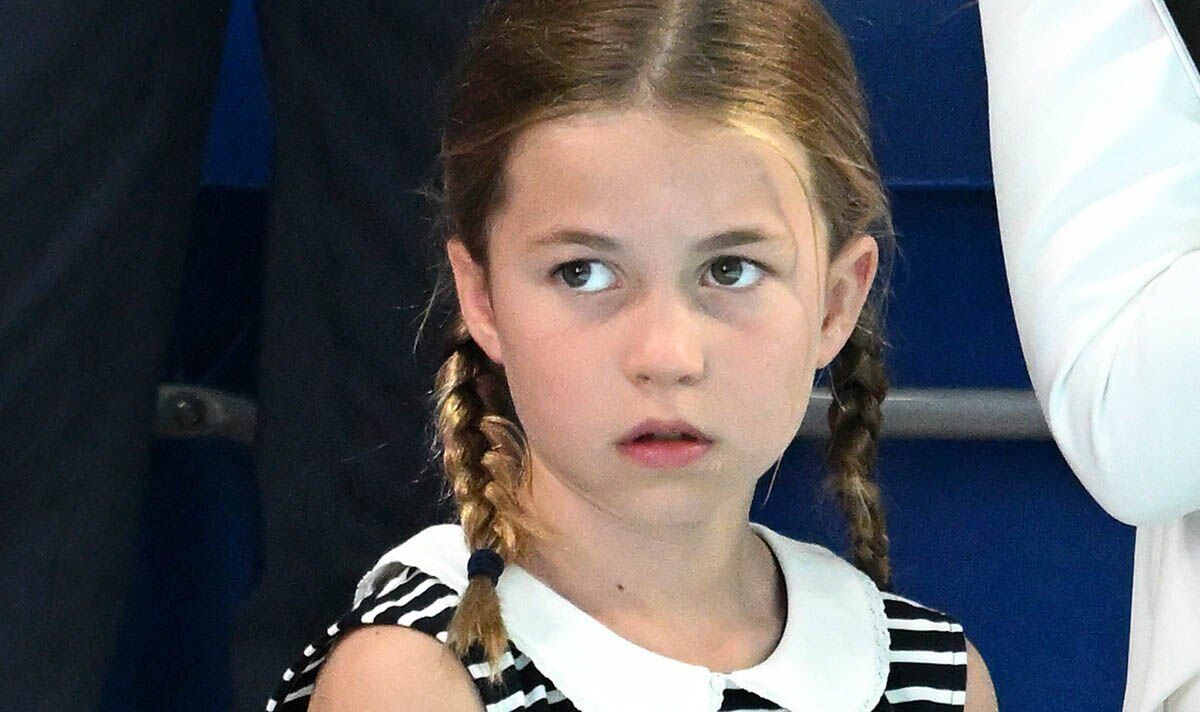 She also joined Kate and William during a more formal engagement with representatives of SportsAid, one of the Duchess’ patronages which supports young athletes and their families.

Royal fans have adored the seven-year-old reactions to what she was watching throughout the day, as she candidly showed her excitement as well as, at times, her boredom.

Charlotte also clearly displayed her affection for her parents and a close bond with her father Prince William.

And a snap shared on social media sent royal fans wild as it shows little Charlotte seemingly giving an unimpressed look as a smiling William posed for a selfie with volunteers at the Games.

Tweeting the picture, social media user @ladyparky79 joked: “Ladies… be warned, Princess Charlotte does not approve of fangirling over her daddy.”

Responding to this tweet, @moyellie wrote: “Brilliant, natural reaction of any little girl.”

And @royallybrittany added: “That is her daddy and she is not prepared to share!”

One social media user saying to be the person who took the selfie also replied to the original tweet to share her experience.

“We are volunteers at the Games and asked if we could take a picture. Such a lovely family!”

In a different tweet, asked to share more details about how she came to take the selfie with the royal and why Charlotte was not included, she answered: “They were just leaving the seating area and to be honest I thought she was walking out with her mum.

“It’s only now, when you see the pictures, Princess Charlotte is there.

“It was a split second opportunity that was agreed at the time.”

Princess Charlotte was spotted being supported and cuddled by Prince William during her day in Birmingham.

Father and daughter were seen chatting excitedly during the swimming competition.

At one point, the seven-year-old gave an approving thumb up to her father.

During the hockey match between England and India, the princess snuggled up to William, who tucked her hair behind her ears.

While at SportsAid house, Charlotte revealed her favourite sport is gymnastics.

Kate added: “Charlotte spends most of her time upside-down, doing handstands and cartwheels.”

This appearance in Birmingham marked the princess’ first engagement without Prince George or Prince Louis.

Prior to this outing at the Games, Charlotte had last been seen in June, during the Platinum Jubilee bank holiday weekend.

Throughout the four days of celebrations, the princess marked two other firsts – her first carriage ride and first official visit to Cardiff.