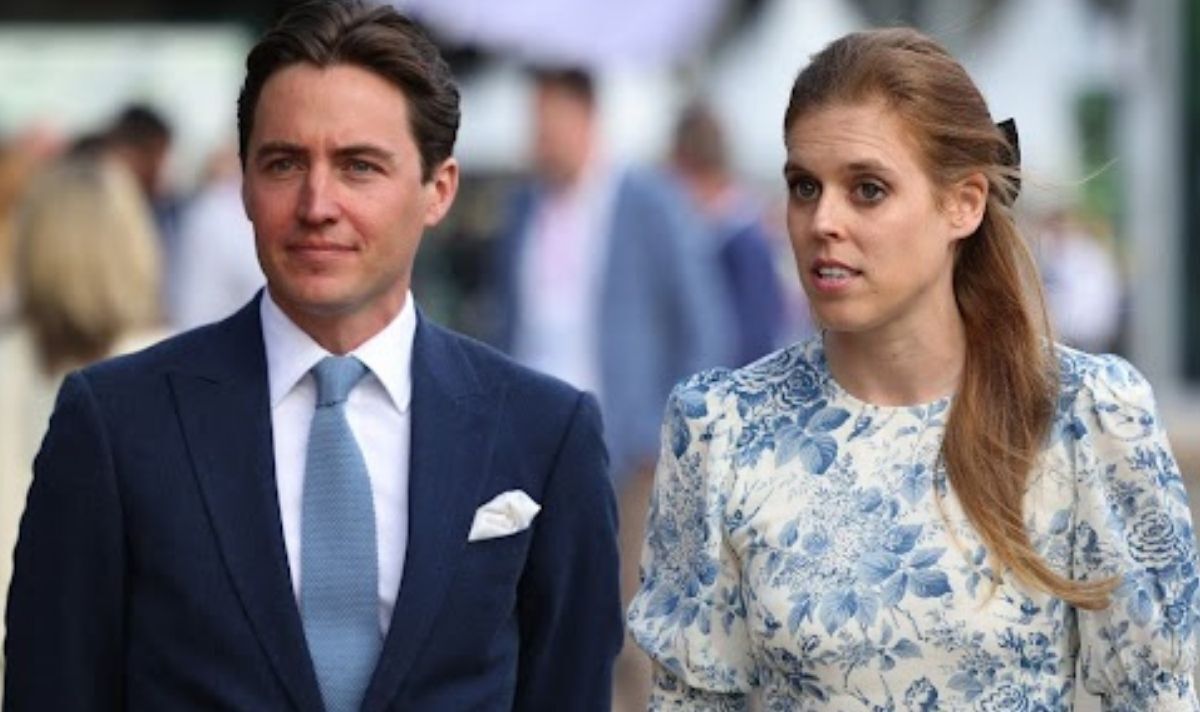 The Duchess of York arrived at the prestigious flower show with her husband Edoardo Mapelli Mozzi who wore a stylish dark blue suit.

The princess sported a fitting blue and white floral dress with her hair half tied in a black ribbon and matching back heels and handbag.

Beatrice, 33, occasionally attends public events as a member of the Royal Family but her and sister Eugenie, 31, are private citizens and each have their own careers.

Other royals, including the Queen, also made it to the world-famous event in London on Monday.

The monarch, who only confirmed her attendance in the eleventh hour, is the patron of the Royal Horticultural Society – which runs the event every year.

She arrived in an on-brand brightly coloured pink suit dress while being driven around the site’s 10 gardens in a white buggy.

Ahead of her arrival, Buckingham Palace confirmed: “Adjustments have been made for the Queen’s comfort.”

Other members of the firm including the Earl and Countess of Wessex, the Duke and Duchess of Gloucester, the Duke of Kent, Prince and Princess Michael of Kent and Princess Alexandra also attended the event.

The Queen’s Platinum Jubilee is one of the themes of this year’s show.

Among the displays is the monarch’s Platinum Jubilee Garden created by celebrated florist Simon Lycett which features steel silhouettes of the monarch, surrounded by 70 planted terracotta pots, representing each year of her reign.

In a nod to the Queen’s love of trees, it is also covered on both sides with an assortment of native British-grown tree branches.

In the Great Pavilion, there is also a photography exhibition of the Queen visiting the show throughout her reign – she has attended the show more than 50 times.

An installation by floral designers Veevers Carter also features a canopy of flowers including fresh Delphiniums, emulating the colours and planting of the Scottish landscape near the Balmoral Castle estate in Aberdeenshire – believed to be one of the Queen’s favourite places.