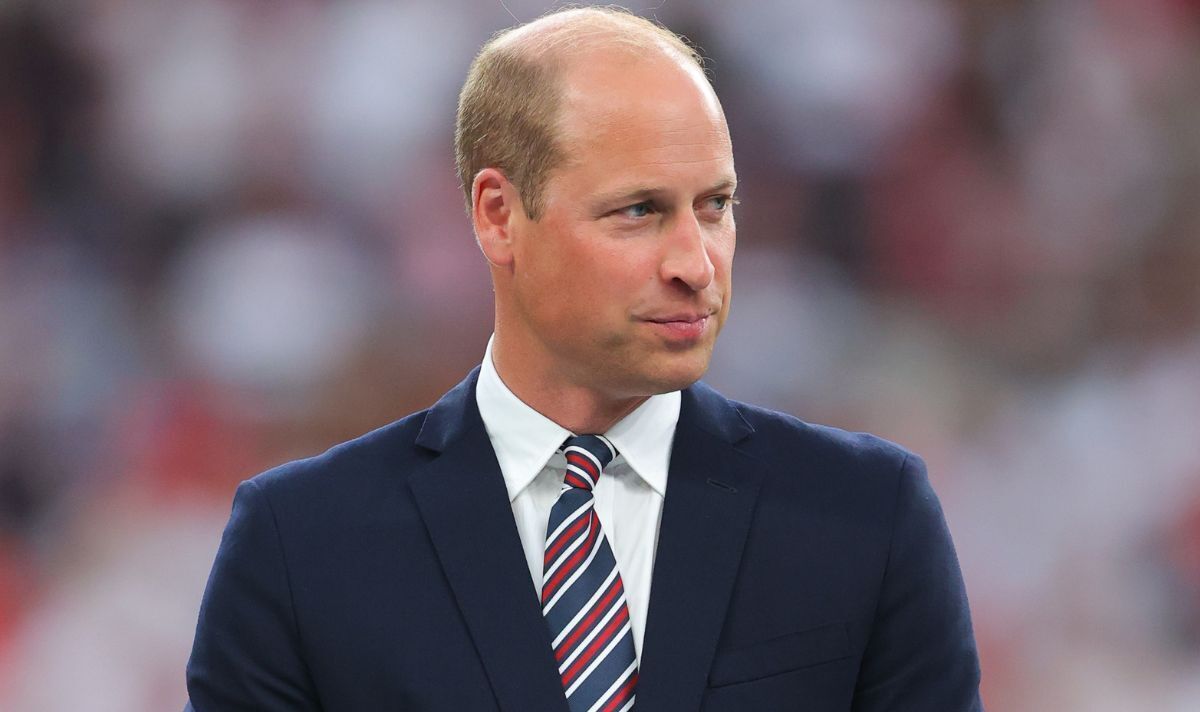 According to former butler Grant Harrold, the Prince intentionally broke royal protocol when hugging the winners. The Euro final last week was held at Wembley Stadium and was attended by William, who is the President of the Football Association.

William congratulated the players on their terrific performance following the match and awarded them with medals.

According to OK! the Duke of Cambridge broke protocol when he hugged the players as they walked across the pitch.

Seeing senior royals take part in public displays of affection are extremely rare even to their wives and husbands.

However, a former butler has claimed that William broke the rules on purpose.

Mr Harrold told OK!: “Historically, there was a rule with royals that you could look but you couldn’t touch.

“If you met a royal, you could look at them and if they offered you a handshake, you were to accept it.

“That was a lot to do with the mystique surrounding the family but also for security reasons, too.”

The former butler believes that William’s more personable approach is part of an effort to make the monarchy seem more down to earth and to introduce a new era of a more modern monarchy for Britain.

He said: “I think William and the other younger royals have realised that they can’t get away with being aloof.

“The Queen can get away with it because she’s the Queen and she’s from a different era, but the younger royals have been brought up very differently.”

Princess Diana was one of the first royals to show affection to the public through physical connection.

The late Princess of Wales has been credited by many for helping fight the stigma of HIV/AIDS after she hugged those with the virus and shook their hands without a glove on.

The Princess famously said: “HIV does not make people dangerous to know. You can shake their hands and give them a hug.

“Heaven knows they need it. What’s more, you can share their homes, their workspaces, and their playgrounds and toys.”

Grant noted that the actions of his late mother will have influenced the way that William chooses to conduct himself and engage with the public.

He said: “Diana was a hugger and I think that this physical contact and hugging people has a lot to do with how William was raised.”

He added: “It won’t feel unnatural to William – if anything, it’d feel more uncomfortable if it was just a strict handshake. As well as this, seeing royals hug makes them relevant and modern.”