Skip to content
HomeNewsPrince Harry ‘felt Kate and William did not roll out red carpet’ for Meghan, author claims 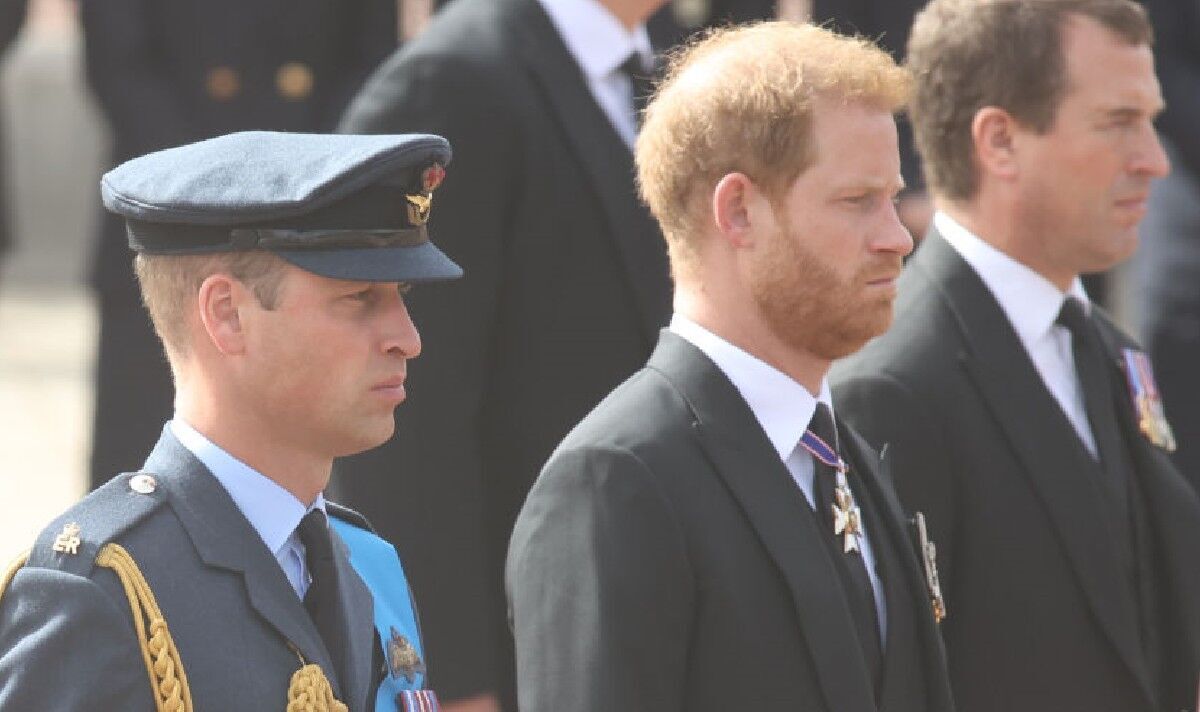 Prince Harry felt Prince William and Kate, Princess of Wales had not “rolled out the red carpet as much as they might have done” when Meghan Markle joined the Royal Family, according to a commentator. Royal expert Katie Nicholl has just released a book,‘The New Royals: Queen Elizabeth’s Legacy and the Future of the Crown’, which describes Harry and William’s relationship. William, 40, became Prince of Wales and heir to the throne following the death of Queen Elizabeth II on September 8.

In a new interview, Ms Nicholl – who has sources close to the Royal Family – discussed Harry’s perspective on how Meghan was welcomed into the Firm.

The Duke and Duchess of Sussex stepped back from their positions as senior working royals in 2020.

Speaking to Fox News Digital, Ms Nicholl said: “It was certainly Harry’s feeling that William and Kate hadn’t rolled out the red carpet as much as they might have done.

“You know, there wasn’t this sort of instant welcoming of Meghan into the royal fold.

“I say in the book that William was the first to meet Meghan.

“And actually, he was really thrilled that Harry had met someone who he’d really fallen for.

“He was overjoyed when Meghan came into his life, and he fell in love with this woman.”

Vanity Fair royal editor Ms Nicholl reiterated remarks made by a friend of the Duke’s in 2018, who told the publication: “Harry felt William wasn’t rolling out the red carpet for Meghan and told him so. They had a bit of a fall out which was only resolved when Charles stepped in and asked William to make an effort.”

Harry and Meghan have been back to the UK together twice in 2022.

They returned in July for Queen Elizabeth II’s Platinum Jubilee and in September as part of a short trip to Europe, which included Meghan, 41, speaking at the One Young World Summit in Manchester. The pair also travelled to Dusseldorf, Germany as part of Invictus Games celebrations.

The couple were due to attend the WellChild Awards on Thursday, September 8, however this was the same day news broke of Queen Elizabeth II being placed under “medical supervision” at Balmoral Castle.

The Duke and Duchess of Sussex pulled out of the charity event. Harry was pictured arriving at Balmoral in Aberdeenshire, Scotland, later that evening.

On September 10, William, Kate, Harry and Meghan – once dubbed the ‘Fab Four’ – put on a united front for a surprise walkabout at Windsor in front of excited crowds.

Five days later, William and Harry stood vigil at either end of the coffin of their grandmother, heads bowed, as mourners visited Westminster Hall for the monarch’s lying-in-state.

Following Her Late Majesty’s funeral on September 19, the Sussexes returned to the US.

On Monday, they released new behind-the-scenes photos of their visit to the UK.