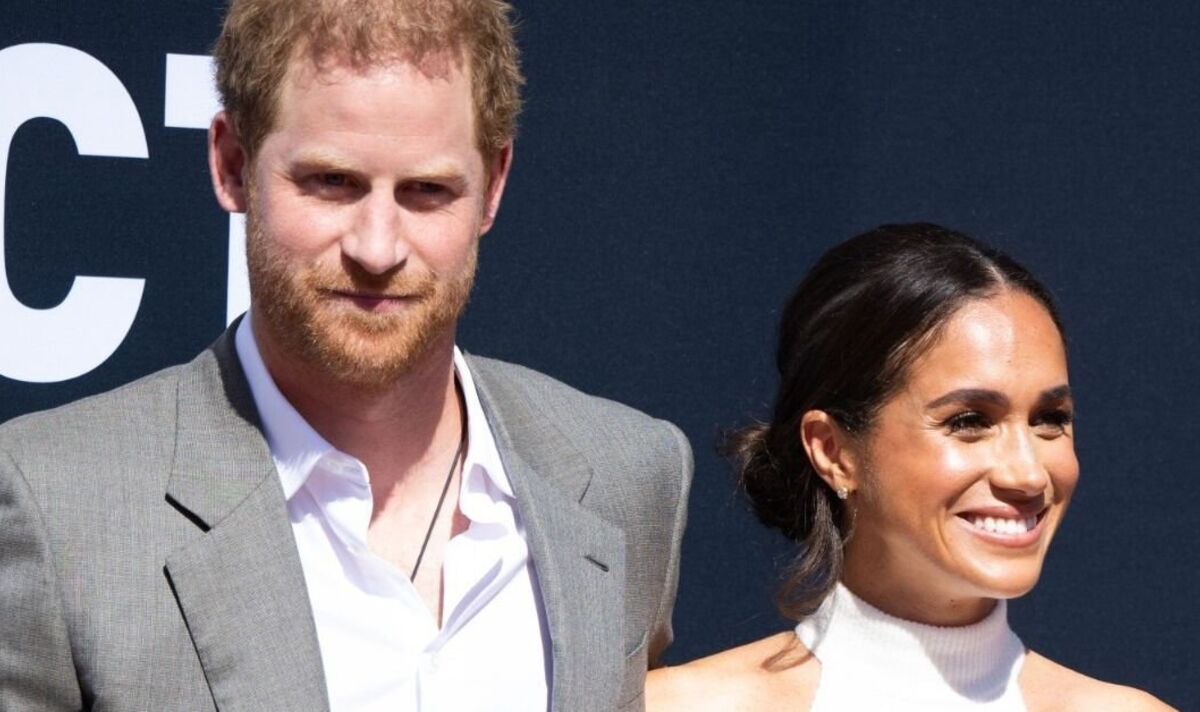 Prince Harry and Meghan Markle showed “pure power and status” in recent snaps taken in September, a body language expert has claimed. Two new photographs were taken of the Duke and Duchess of Sussex ahead of the One Young World Summit in Manchester.

The photos were taken by the couple’s friend Misan Harriman.

Mr Harriman said on social media: “The Duke and Duchess of Sussex moments before attending the opening ceremony of OneYoungWorld last month.”

The first snap showed Harry and Meghan looking directly at the camera with interlocked fingers.

The Duchess was wearing a red suit and a matching red blouse.

The Duke donned a black suit and tie ahead of the event.

The second image, which was released in black-and-white, showed the Sussexes holding hands at a side angle.

However, a body language expert has suggested the photographs suggest Harry and Meghan have closely bonded and appear intimate.

Judi James told the Mirror: “No more lying on the ground under tall trees in flowing dresses and bare feet, gazing up at the clouds for this couple, these new official portraits are pure power and status, with a very upright Meghan closest to the camera and Harry clinging to her index finger and grinning like a proud and supportive fan.

Express.co.uk has approached a representative for the Duke and Duchess of Sussex for comment.