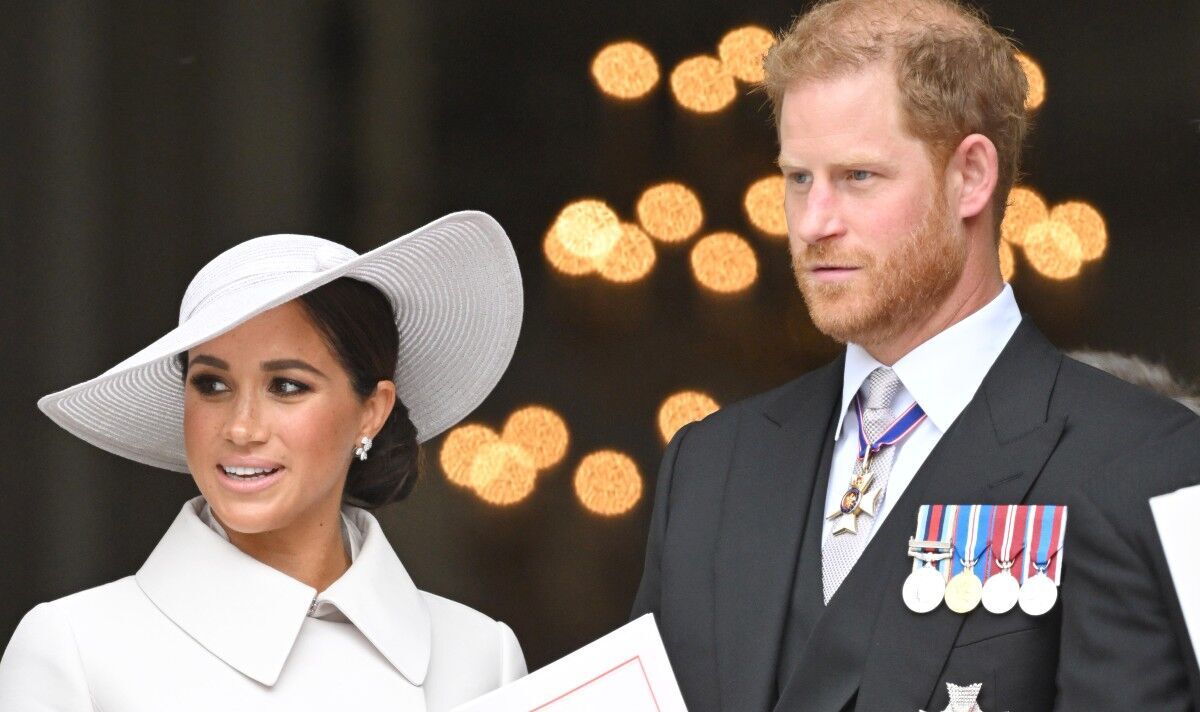 Omid Scobie made the claim as he discussed the Duke of Sussex’s legal battle to pay for police protection for his family while in the UK. The Finding Freedom co-author insisted Harry’s “fears aren’t rooted in paranoia”.

Mr Scobie said that when the couple were working royals they were subject to an “astonishingly high number of threats”.

And the royal biographer added that it is “no different” now they have quit royal duties for a new life in the US.

Mr Scobie claimed sources told him that a series of threats against Harry and Meghan had been blocked when they attended the Jubilee bank holiday weekend in June.

“While covering Harry and Meghan’s time as working royals, I was made aware of the astonishingly high number of threats sent to the couple – the majority received from UK locations and many of them rooted in racism towards the Duchess.

“It’s no different today. Sources tell me that during the Sussex family’s visit for the Platinum Jubilee (which they were given state security for as it was an official royal event), a number of credible threats were intercepted by authorities.”

Harry and Meghan travelled to Britain with their two children, Archie and Lilibet, for the first time since Megxit for the Platinum Jubilee.

However the couple, who are living in California, kept a low profile and were absent from many of the festivities.

It comes as Harry is taking legal action against the Home Office over a decision not to allow him to pay for police protection when visiting from North America.

He has argued he wants to bring his family to visit but they are “unable to return to his home” because it is too dangerous.

He says his private protection team in the US does not have adequate jurisdiction abroad or access to UK intelligence information.

The Sussexes lost their taxpayer-funded police protection in the wake of Megxit.

He told the Mirror earlier this month: “For a man who allegedly wants to protect his privacy he goes about a funny way of achieving it. I believe this is personal.

“Rather than seek a workable solution, he has taken this route which is fraught with issues. It’s insulting.”

It comes as the Sussexes are living in California after quitting royal duties in March 2020.