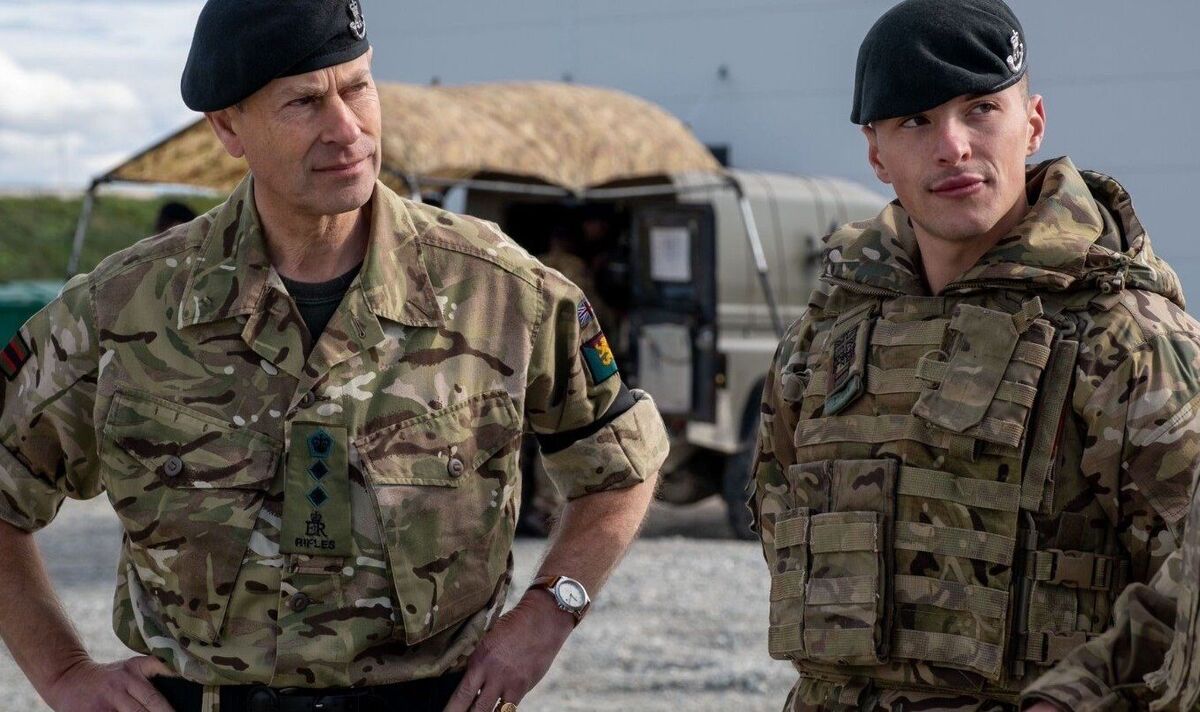 Prince Edward made a visit to Estonia and Germany to thank the troops for their commitment to the Queen throughout her life. The Earl of Wessex was photographed greeting crowds in Paderborn, Germany, today – just days after the funeral of his late mother at Westminster Abbey.

In an Instagram post about his trip, the Royal Family said he was thanking troops who are deployed in both countries for their service to Her Majesty.

A series of photographs released by Buckingham Palace picture Edward signing the Town Hall’s Golden Book in Paderborn ‘in remembrance of Her Majesty’s visit in 1977’.

The Royal Family stated in a statement: “The visit visit honours a long-standing commitment to visit troops deployed abroad in His Royal Highness’ role as Royal Colonel of 2nd Battalion The Rifles and Royal Honorary Colonel of the Royal Wessex Yeomanry.

“On Thursday, His Royal Highness visited 2RIFLES at Camp Tapa, Estonia, to recognise  the vital support given by the Battalion to UK military operations.

“At the British Embassy in Tallinn, The Earl viewed tributes to Her Majesty Queen Elizabeth and thanked Embassy staff who supported the mourning arrangements from Estonia.

“His Royal Highness thanked them for their ongoing service abroad and commitment to The King as Head of the Armed Forces.”

The Earl is Royal Honorary Colonel of the Royal Wessex Yeomanry, which is the UK’s Armoured Reserve Regiment.

At Paderborn Town Hall, His Royal Highness met local residents and viewed tributes to Her Majesty Queen Elizabeth from the Paderborn community.

The Earl also viewed items associated with Her Majesty Queen Elizabeth’s official visits to the town in 1965, 1977 and 1987, and signed the town’s Golden Book as Her Majesty and The Duke of Edinburgh did in 1977.