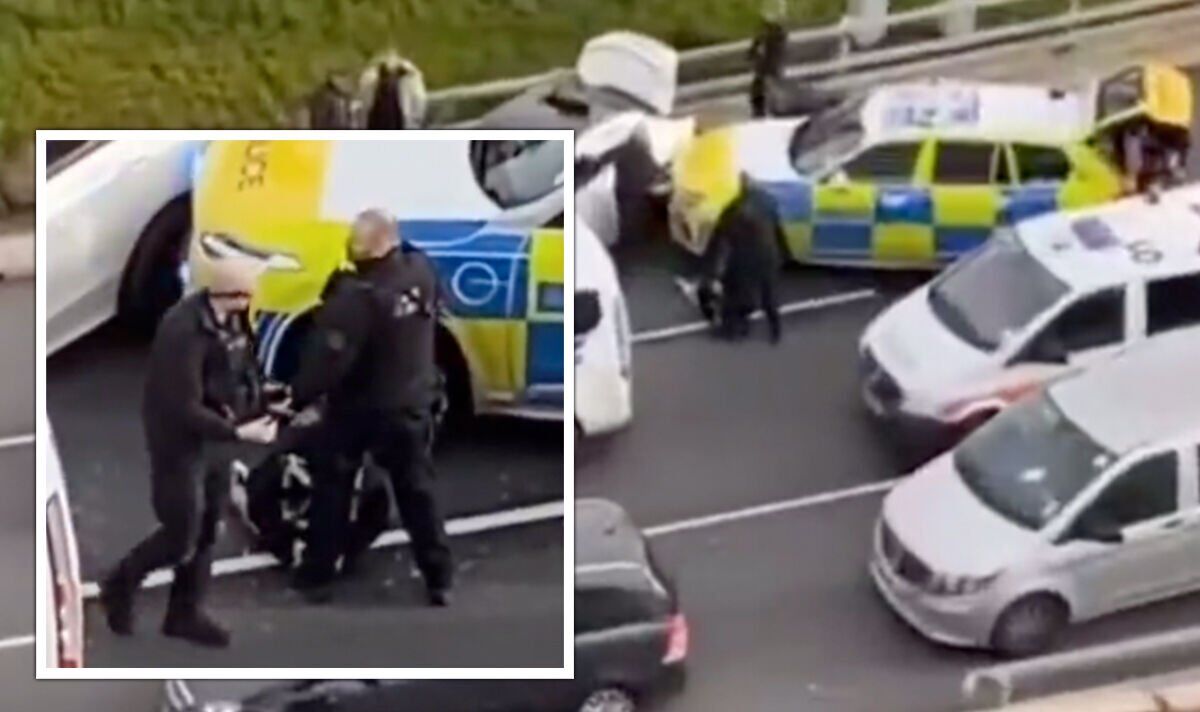 Police have been caught on camera after they intentionally crashed into a white Mercedes outside Heathrow Airport’s Terminal 2 entrance. An eye-witness said officers then arrested two people who were in the vehicle.

The footage posted on social media this afternoon shows several police response vehicles and multiple officers at the scene.

Some can be viewed inspecting the car, which has the driver’s side door and boot open, with one appearing to carry an object away from the vehicle.

Another can be seen standing by a person who is sitting on the road.

A slow-moving queue of traffic is also visible in the video on the flyover leading up to the incident site. Officers can be seen directing a single lane of vehicles around it.

Police in pursuit of vehicles are sometimes known to use “tactical contact” to bring a subject vehicle to a stop.

Guidance states that it is only done by officers with training in tactical pursuit or if there is an immediate threat to life or of series injury.