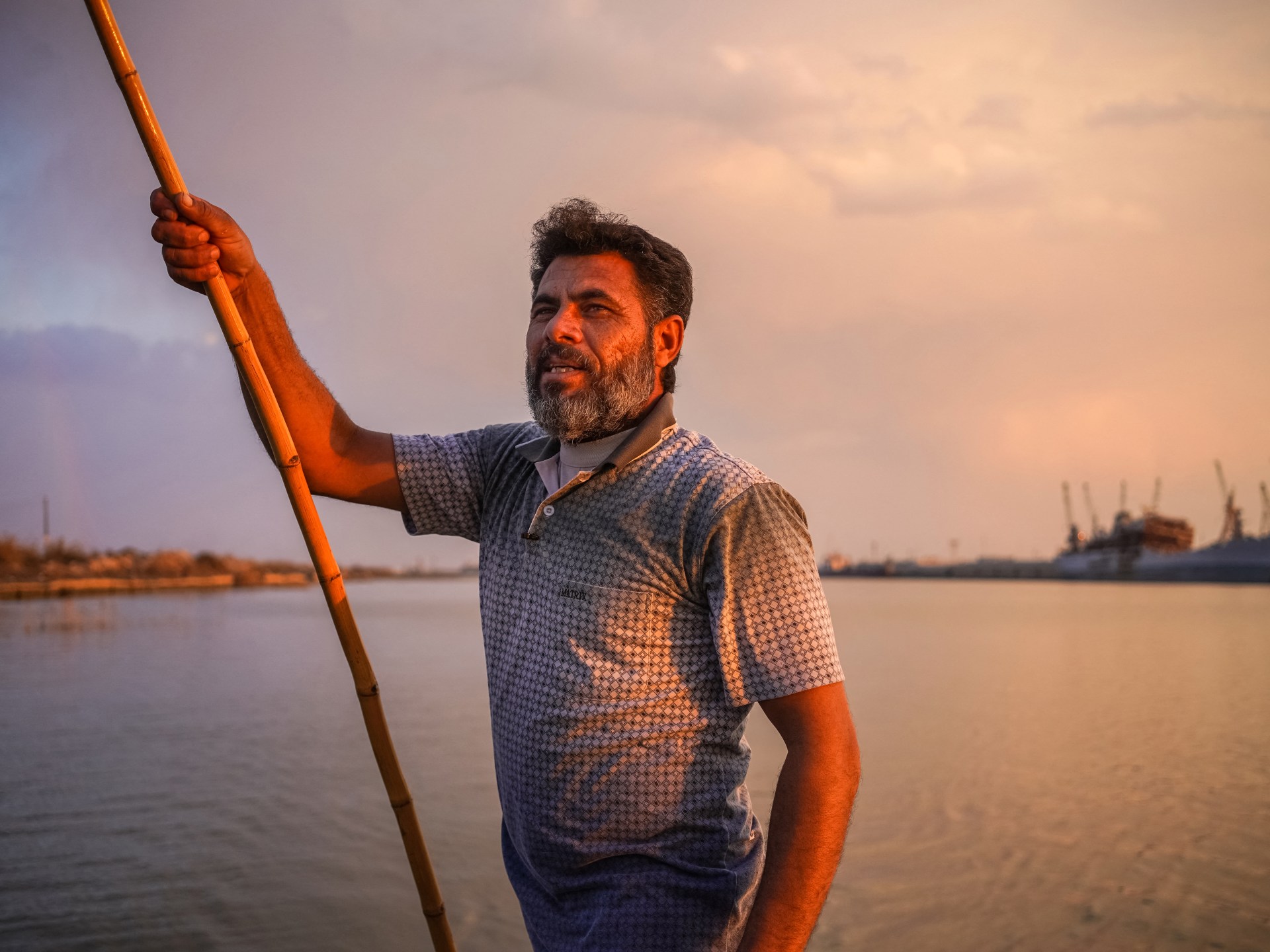 It was the river that is said to have watered the biblical Garden of Eden and helped give birth to civilisation itself.

But today the Tigris is dying.

Human activity and climate change have choked its once mighty flow through Iraq, where, with its twin river the Euphrates, it made Mesopotamia a cradle of civilisation thousands of years ago.

Iraq may be oil rich but the country is plagued by poverty after decades of war and by droughts and desertification.

Battered by one natural disaster after another, it is one of the five countries most exposed to climate change, according to the United Nations.

Hellish summers see the mercury top a blistering 50 degrees Celsius, near the limit of human endurance, with frequent power cuts shutting down air conditioning for millions.

The Tigris, the lifeline connecting the storied cities of Mosul, Baghdad and Basra, has been choked by dams, most of them upstream in Turkey, and falling rainfall.

The Tigris’s course through Iraq begins in the mountains of northern Iraq’s Kurdish region, near the borders of Turkey and Syria, where local people raise sheep and grow potatoes.

Iraq’s government and Kurdish farmers accuse Turkey, where the Tigris has its source, of withholding water in its dams, dramatically reducing the flow into Iraq.

According to Iraqi official statistics, the level of the Tigris entering Iraq has dropped to just 35 percent of its average over the past century.

But Turkey’s ambassador to Iraq, Ali Riza Guney, urged Iraq to “use the available water more efficiently”, tweeting in July that “water is largely wasted in Iraq”.

All that is left of the river Diyala, a tributary that meets the Tigris near the capital, Baghdad, in the central plains, are puddles of stagnant water dotting its parched bed.

Drought has dried up the watercourse that is crucial to the region’s agriculture.

This year authorities have been forced to reduce Iraq’s cultivated areas by half, meaning no crops will be grown in the badly-hit Diyala governorate.

The World Bank warned last year that much of Iraq is likely to face a similar fate.

“By 2050 a temperature increase of one degree Celsius and a precipitation decrease of 10 percent would cause a 20 percent reduction of available freshwater,” it said.

The International Organization for Migration said last month that “climate factors” had displaced more than 3,300 families in Iraq’s central and southern areas in the first three months of this year.

This summer in Baghdad, the level of the Tigris dropped so low that people played volleyball in the middle of the river, splashing barely waist-deep through its waters.

Iraq’s Ministry of Water Resources blames silt because of the river’s reduced flow, with sand and soil once washed downstream now settling to form sandbanks.

Until recently the Baghdad authorities used heavy machinery to dredge the silt, but with cash tight, work has slowed.

Years of war have destroyed much of Iraq’s water infrastructure, with many cities, factories, farms and even hospitals left to dump their waste straight into the river.

As sewage and rubbish from Greater Baghdad pour into the shrinking Tigris, the pollution creates a concentrated toxic soup that threatens marine life and human health.

Environmental policies have not been a high priority for Iraqi governments struggling with political, security and economic crises.

But another threat is affecting the Shatt al-Arab: salt water from the Gulf is pushing ever further upstream as the river flow declines.