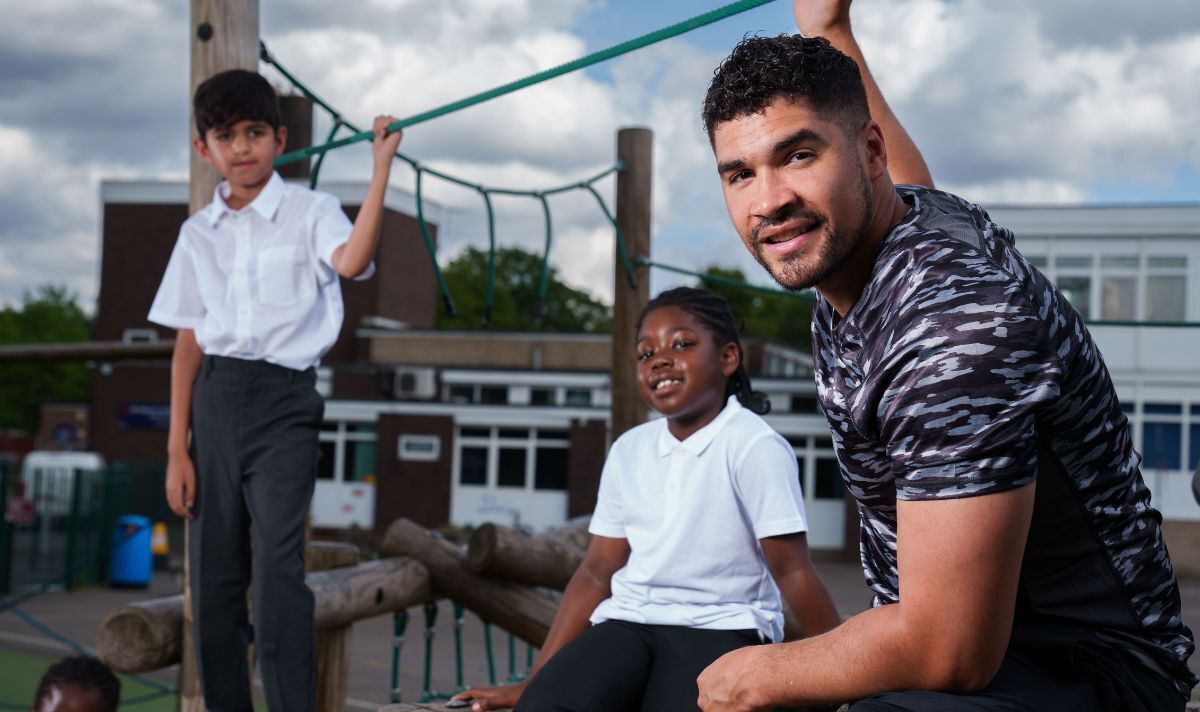 As more households are struggling to pay their energy, food and petrol bills, the additional costs ahead of the new school year are tipping families over the edge. Sainsbury’s fashion brand Tu is donating £10,000 worth of school uniform to Family Action to help struggling families. According to research by The Children’s Society, some families spend as much as £337 per year for each secondary school child and £315 per year for each child in primary school.

Other research has also found that over 86 percent or eight in 10 parents say that their children’s school uniform does not last the school year due to its lack of durability.

Over a quarter of parents find that they have to replace a new item of uniform every two to three months.

Olympian gymnast Louis Smith is supporting the scheme between Tu and Family Action by raising awareness of the scheme which urges people to donate old uniforms to the clothing banks outside participating Sainsbury’s stores.

Mr Smith said: “My mum has always said I went against the grain as a kid in that I literally did run before I could walk.

“I was a nightmare and school uniforms were getting destroyed quicker than she could buy them.

“Now that I’m a Dad I can understand why and if my daughter grows up to be half as hyper as me then we’re definitely going to need a durable uniform that can keep up.”

Aside from just offering the £10,000 donation, Tu has also ensured that its school uniforms on offer are of good quality and have a 150-day guarantee across the school uniform range.

Speaking to Express.co.uk the Olympian said: “Tu’s decision to donate £10,000 worth of school uniform to vulnerable families across the country is what attracted me to this partnership.

“By donating great quality school wear that’s durable enough to withstand the realities of school life, it will hopefully make a real difference to those most in need.”

He added: “Every kid deserves a decent uniform to wear to school and that’s what this campaign is looking to have an impact on.”

Many parents have taken to social media to complain about the cost of uniforms and the requirement for a second uniform for PE lessons, adding more expense during a time when parents are also being asked to provide their children with specific technology.

Twitter user @mrsmummypennyuk said: “£36 for a must buy blazer. Only one shop sells it. Total monopoly. But my son has made his year 7 blazer last until end of year 9. Not bad wear. It will get passed down to younger brother. Still raging about the must buy Chromebook for year 10. GRRRR £249.”

BBC journalist Felicity Hannah told her followers: “I’m a bit grumbly about my eldest starting high school. Different year groups have a colour that stays with them throughout the five years – the school logo is printed in that colour on their jumpers.

“And THAT means I can’t hand the jumpers down through my three boys.”

Meanwhile user @aizenay95 said: “So far we have bought new PE top, PE shorts, navy football socks, two school jumpers and a tie. That cost me £70. We have yet to buy school shirts, trousers, or shoes.

Speaking about the concerns surrounding PE kits, Mr Smith told Express.co.uk: “Wherever possible, we should be looking to minimise any financial barriers that might prevent children from engaging with sport – if that includes schools adopting a flexible approach to what classifies as PE kits – then I’m definitely all for it.

“But beyond that, I remember how fast I used to burn through my school uniform as a hyper-active kid and how much it used to wind my mum up.

“These days the main uniform needs to double up as a PE kit for the playground so it’s so important to make sure parents are getting good deals on durable uniforms and not consistently throwing money away.”

David Holmes, CBE, Chief Executive at Family Action said that he is “delighted” with Tu’s donation “at a time when every penny matters”.

He added: “Although the return to school is often an exciting time, it’s also a transition point that can cause significant stress.”

Speaking to Express.co.uk, the Chief Executive criticised the Government’s approach to the cost of living crisis adding that we need “a clear vision and strategy”.

Mr Holmes said: “The impact upon families of the current cost of living crisis goes far beyond financial strain.

“We know from our previous research on family pressures that health and wellbeing, relationships within the family, work pressures and self-confidence are all areas that people worry about alongside their finances, and they are all aspects of family life that will suffer when money worries loom large.”

He continued: “The Government needs to approach the cost of living crisis from a whole family and societal perspective, not just an economic one.

“We have needed a clear vision and strategy from Government for supporting families for a long time now, and this current crisis highlights why that is just so important.”

A spokesperson from the Department of Education said that the Government has implemented new guidelines for schools in England requiring them to keep uniform costs low.

The guidance suggests that branded items are kept to a minimum and that second-hand options are available.

The spokesperson said: “We know schools and families are facing increased cost pressures more broadly, which is why this Government is providing over £37bn to help households with the greatest need and supporting families through the Household Support Fund.”