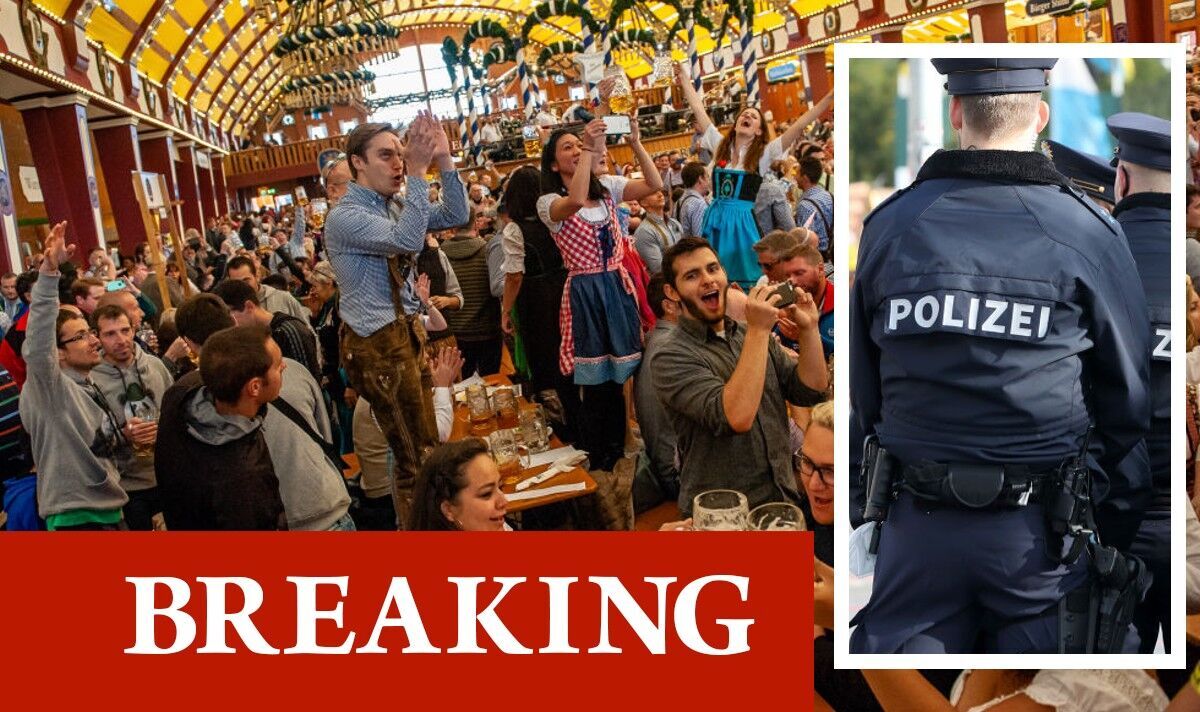 A holidaying Brit is fighting for his life after he was stabbed and robbed during Oktoberfest in Germany. The 35-year-old was then taken by ambulance to hospital, where he had surgery. He remains in critical condition after the incident. He was attending the world-famous beer festival in Munich when the assailant struck.

It is understood the man suffered a stab wound to his body before being robbed of hundreds of euros on September 17.

Two 18-year-old men have now been arrested in connection with the stabbing. The suspects reportedly ran away following the attack, which took place in the Schwabing district of Munich.

One was detained on suspicion of attempted murder, while the other on suspicion of aggravated burglary. They were arrested yesterday morning. However, detectives reportedly have yet to discover the weapon used.

They have carried out five searches of properties in Munich to try and locate it.  A police spokesman said that the Brit was not a random victim.

According to German newspaper br.de, police reported that the stabbing was linked to a drug deal turned violent.

The famous beer festival has returned to the German city after a two-year hiatus due to Covid-19.

Based on previous years, it’s estimated that up to six million people will make their way to Munich for the event.

The festival features a travelling carnival, and lasts between 16 and 18 days.

Aside from being famous for the quantity of beer that is consumed at the event, there are also amusement rides, sidestalls, and games for those attending.

The festival began in 1820 as a celebration of the marriage of King of Bavaria King Ludwig I, at the time a Prince, to Princess Therese of Saxe-Hildburghausen.

However, fears had grown in the last few months that many festivals across Germany may have to be cancelled again amid rocketing energy prices and inflation.