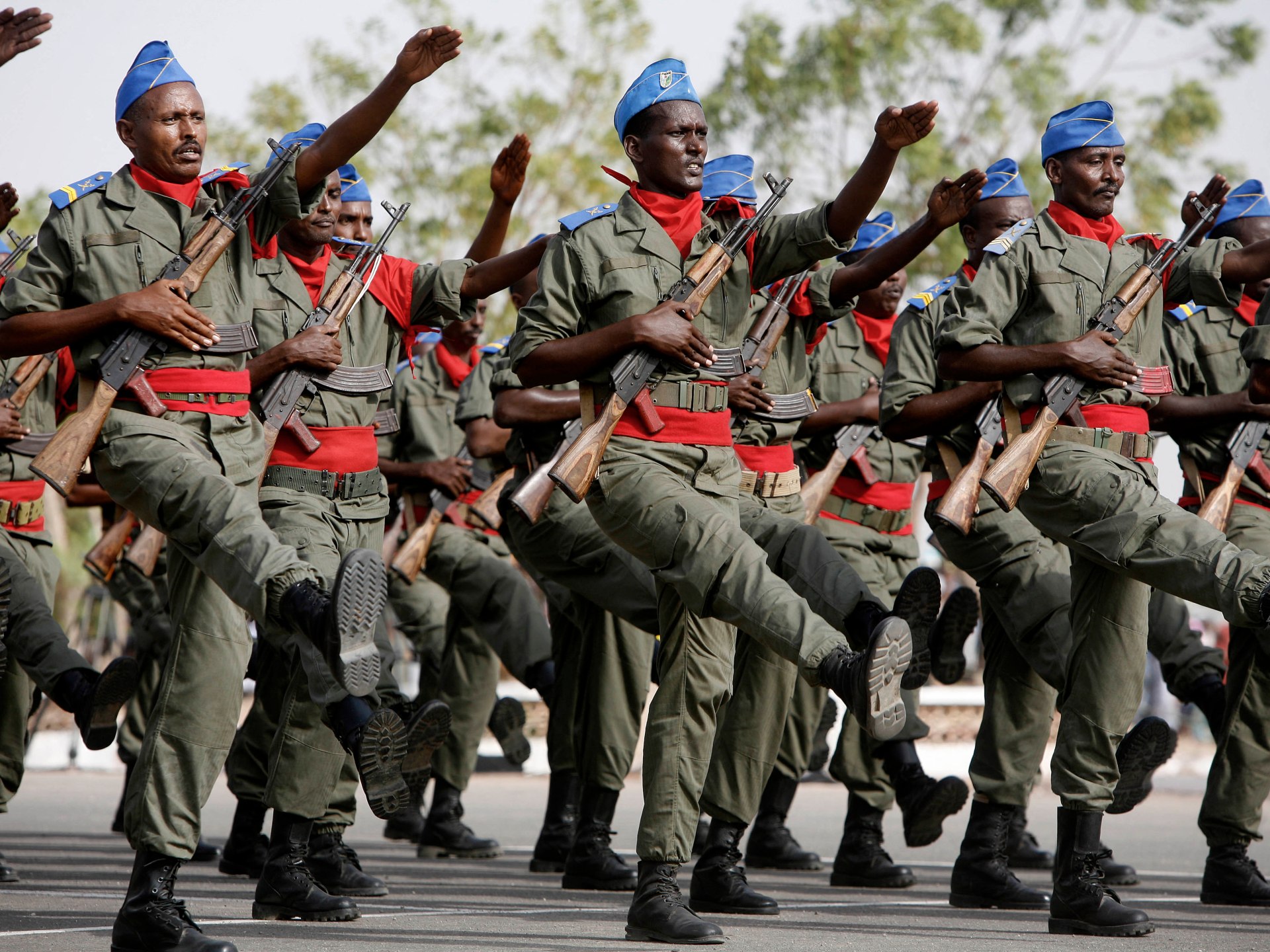 Officials blame violence on a splinter of the FRUD group, which launched a 1991 uprising but later signed a peace deal.

Djibouti‘s military said seven soldiers were killed in a clash with an armed group in the East African country’s north.

A statement from the defence ministry on Saturday said the attack occurred a day earlier at an army base in Garabtisan.

The ministry blamed the attack on the “Armed FRUD”, referring to a splinter group of the Front for the Restoration and Democracy.

“Despite the fact that our soldiers defended themselves valiantly, this attack caused the death of seven of our soldiers, wounded four and left six missing,” it said in a statement.

“This gang is well known for its odious and criminal acts of terrorising and pillaging in remote areas of the country,” it said, adding all efforts were being made to pursue the attackers and find the missing.

The FRUD, which largely recruited from the northern Afar community, launched a rebellion against the government in 1991, saying it wanted to defend Afar’s interests against the Issas, the other large ethnic group in the country.

The group later splintered following a 1994 peace deal, with one group becoming a member of the governing UMP coalition that backs long-serving President Ismail Omar Guelleh.

The other group has continued to resist the government.

In a statement, FRUD said it condemned the attack describing it as “unjustifiable in the current context of political pluralism”.

“It is a terrorist act aimed at creating a climate of war and instability in our country,” it said in a statement.

Presidential adviser Alexis Mohamed said the last attack blamed on the group occurred in January 2021. One police officer was killed in that incident.

Meanwhile, while violence remains relatively rare in Djibouti, at least three people were killed in fighting in August of last year between members of the Afar and Issa ethnic groups in the country’s capital, Djibouti City.

Despite its small size, the nation of about one million people sits on one of the world’s busiest shipping routes where the Red Sea joins the Gulf of Aden. It hosts the only US and Chinese military bases in Africa and the largest overseas French army base.