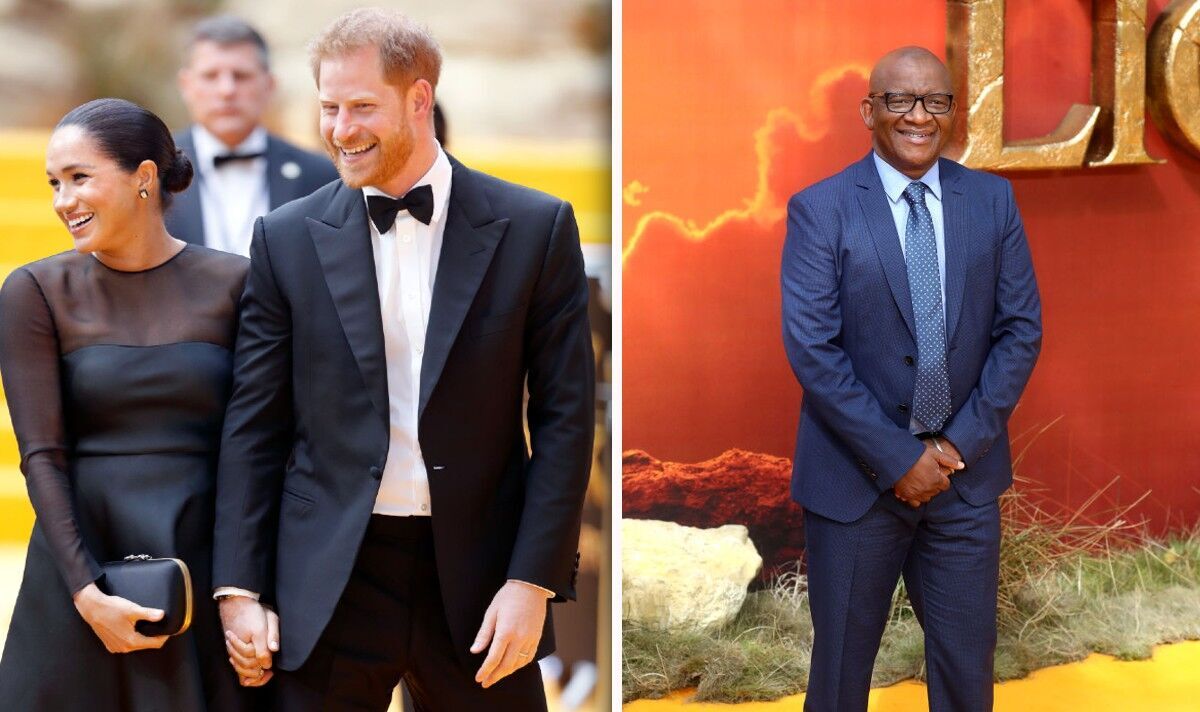 Mr Morake told the MailOnline: “Indeed I was at The Lion King 2019 premier and met the Royals.

“I cannot comment on the matter as it was three years ago and I don’t remember details of that conversation which was less than a minute, except the Royals were going to South Africa or Botswana.

“I’m the only South African directly associated with both The Lion King films and the Broadway productions.”

He added: “As a South African, I’m not sure if this is important to most of us facing serious domestic issues.

Dr Kani, a veteran of the prestigious Royal Shakespeare Company who voiced the mandrill shaman Rafiki, said he was “baffled” by the Duchess of Sussex’s claim, saying he believes she had made a “faux pas”.

Express.co.uk has approached Odeon and Disney to confirm the guestlist of the premiere.

South African singer, Lindiwe Mkhize, who sang Circle of Life in the 2019 remake and has also been an actor in the stage play, was also in attendance at the event.

But an insider close to the actress and singer told Express.co.uk that she “did not speak to Meghan” that night.

The source said: “I’ve known her for over a decade. I was there with her that night. She did not speak to Meghan.”

This came just hours after Dr Kani’s claim that he did not attend the premiere.

“This seems like something of a faux pas by her.

“I have I have never met the Duchess at all.

“I am the only South African member of the cast and I did not attend the premiere in London.”