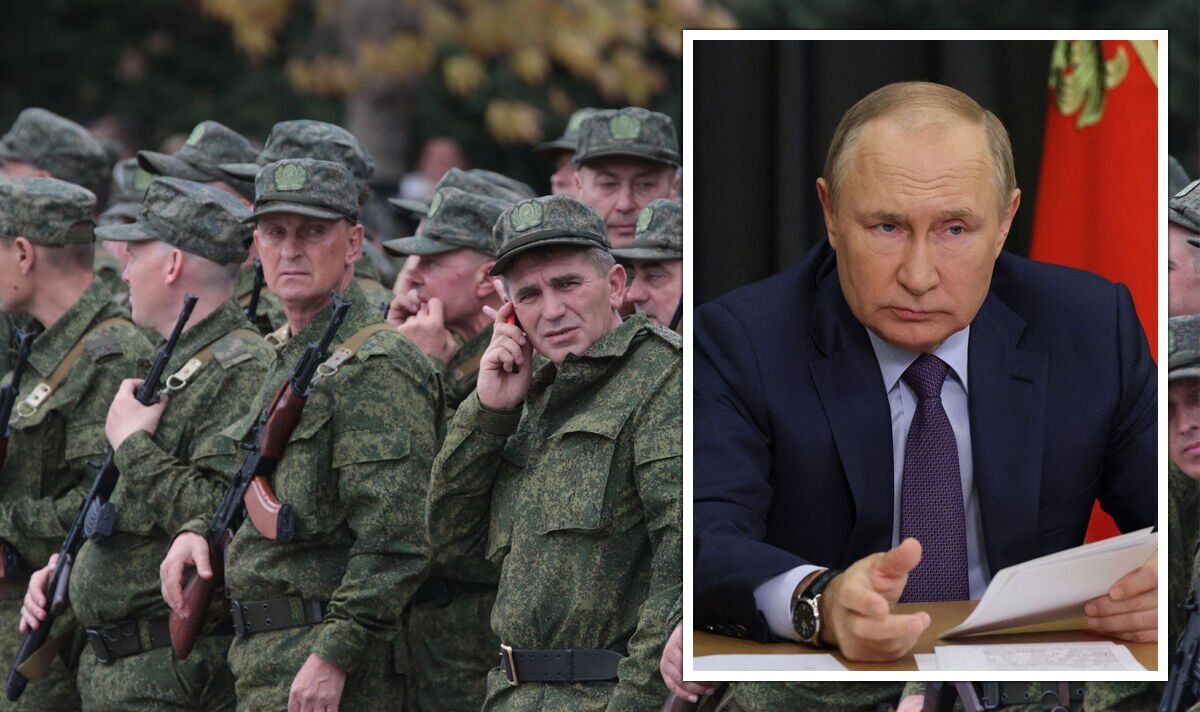 Russia will not be beaten back if the West simply watches from afar and hits them with sanctions, claims a historian calling for more intervention from the West. Ukraine has recently launched a major counteroffensive, surprising the world as they reclaimed parts of Kharkiv and cut off the strategically crucial city of Russian-occupied Kherson.

But Putin has responded with a partial mobilisation of his troops, with many commentators wondering when, and how, his invasion will end. Writing for Unherd, historian and strategist Professor Edward Luttwak offered an in-depth analysis of the invasion by comparing it to the wars of the 18th century, and suggested that sanctions alone cannot “materially” win the war.

Professor Luttwak warned that the start of the war indicated how Putin aims to continue – that is, without giving up.

He wrote: “Putin started the war on February 24 with an ultra-modern, high-speed, paralysing coup de main based on the soundest principles of ‘hybrid warfare’. This works beautifully in war games, and is beloved by beribboned generals who have never fought patriotic Europeans in arms.

“Having expected, therefore, to take Kiev in one day, and all Ukraine in three or four (that was, of course, the forecast of the CIA, too), Putin discovered abruptly that he could not.”

The Professor explained that “because Putin did not stop then, he cannot stop now”, adding: “We might be headed for another Seven Years’ War.”

Professor Luttwak said that 18th century wars, such as the Seven Years’ War, also known as the French war that started in 1756, often ended in “diplomatic arrangements politely negotiated in between card games and balls.”

Specifically referencing the Seven Years’ War, the historian pointed out that it was ended not by the victorious British Prime Minister of the time, but by “his very good friend, the French foreign minister Étienne-François de Stainville, Duc de Choiseul.” This highlighted the need for Western intervention and support for Ukraine.

He wrote: “If Putin can persist, we should fight the war in true 18th-century fashion: with the most vigorous material support of Ukraine’s war, but not necessarily with every possible sanction, to keep some in reserve to deter Russian retaliation that may weaken our allies’ resolve.”

The real risk for Ukraine, he says, is that it “can run out of material resources”, but is supported by the US, UK and countries in the EU – although the professor dismissed the latter’s support as a “pittance”. Professor Luttwak’s comments come as reports emerge of thousands of Russian military-aged men fleeing into neighbouring Georgia and Kazakhstan.

Georgian Interior Minister Vakhtang Gomelauri told reporters: “Four to five days ago 5,000-6,000 (Russians) were arriving in Georgia daily. The number has grown to some 10,000 per day.”