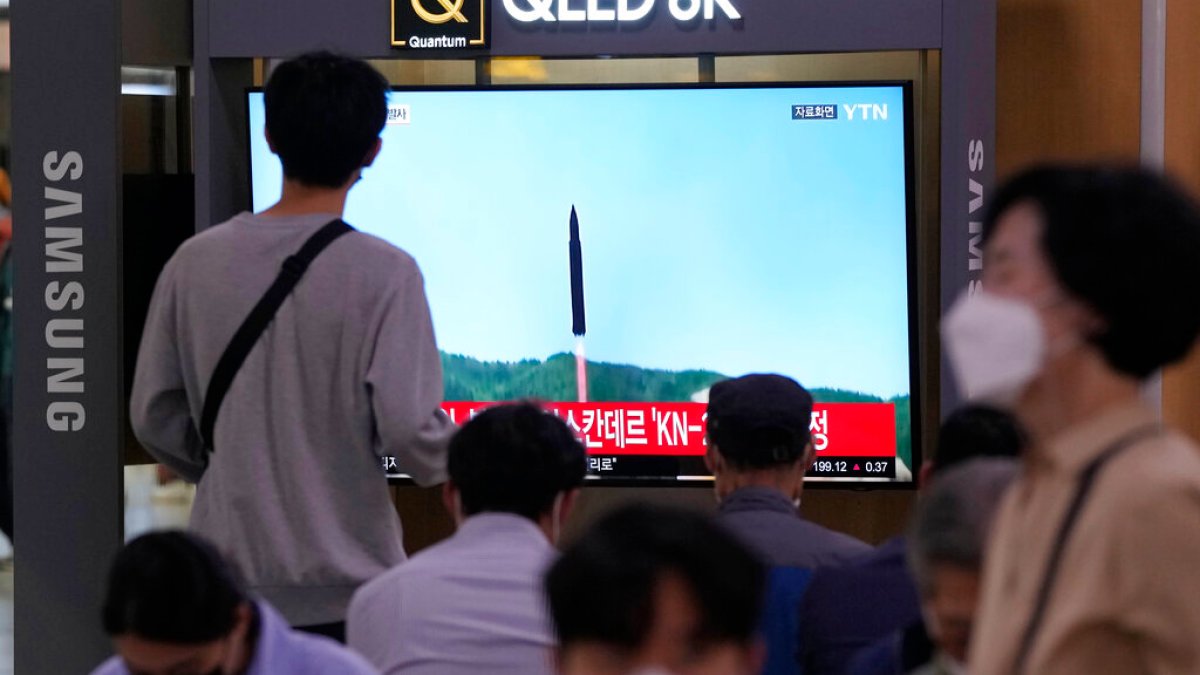 Launch comes ahead of visit by US Vice President Kamala Harris and as the US navy conducts drills with South Korea.

South Korea’s military says North Korea fired two short-range ballistic missiles from its capital Pyongyang towards its eastern waters on the eve of a scheduled visit to Seoul by US Vice President Kamala Harris.

The reported missile launches come ahead of Harris’ arrival in South Korea on Thursday and her expected visit to the Demilitarized Zone (DMZ), which separates the two Koreas.

“North Korea fired an unidentified ballistic missile into the East Sea,” Seoul’s Joint Chiefs of Staff said in a statement on Wednesday, referring to the waters more commonly known as the Sea of Japan.

The missiles flew about 360km (225 miles), reaching an altitude of 30km (19 miles) and a maximum velocity of Mach 6, they said in a statement, adding that a detailed analysis was underway.

“Our military has strengthened surveillance and vigilance and is maintaining airtight readiness posture while closely cooperating with the United States,” they said.

The launch, part of a record-breaking blitz of weapons tests this year by North Korea, also comes after Seoul’s spy agency warned that Pyongyang was close to conducting another nuclear test.

North Korea fired a ballistic missile towards the sea off its east coast on Sunday.

In a speech earlier on Wednesday aboard a US Navy destroyer in the Japanese city of Yokosuka, Harris said Sunday’s launch by North Korea was part of an “illicit weapons programme which threatens regional stability and violates multiple UN Security Council resolutions”.

Japan’s Prime Minister Fumio Kishida issued a statement in response to the launch announcing that authorities were gathering and analysing information and working to ensure the safety of aircraft, vessels, and the public.

Instructions were also issued to “take all possible measures for precaution, including readiness for contingencies”.

▼ Instructions by the Prime Minister in Response to the Missile Launch by North Korea (18:14)https://t.co/lymjXmuXPj
(September 28)

North Korea has been subjected to UN sanctions since 2006, which the Security Council has steadily – and unanimously – stepped up over the years to cut off funding for its nuclear weapons and ballistic missile programmes.

Pyongyang rejects UN resolutions as an infringement of its sovereign right to self defence and space exploration, and has criticised military exercises by the United States and South Korea as proof of their hostile intentions.

Washington is Seoul’s key security ally and stations about 28,500 troops in South Korea as a deterrent against North Korea.

The two countries have long carried out joint exercises, which they insist are purely defensive but North Korea sees them as rehearsals for an invasion.