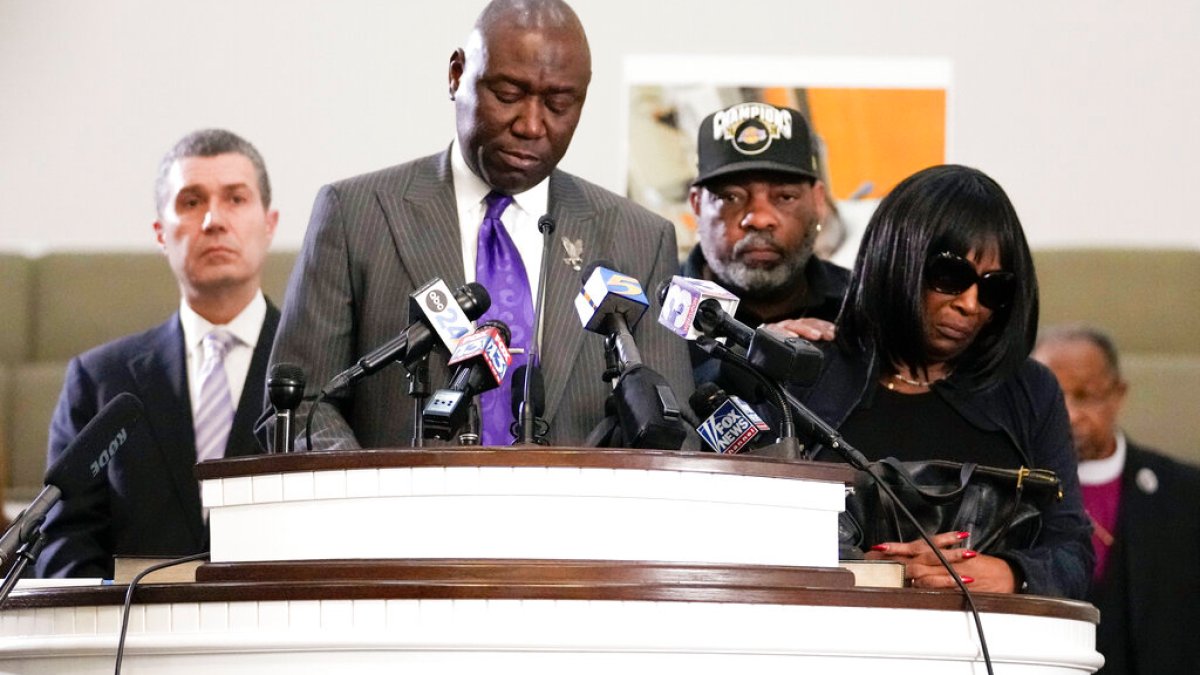 Civil rights activists have called for “accountability and justice” after they say a motorist was beaten to death by law enforcement officers in Tennessee, in the latest instance of police violence to embroil the United States.

Tyre Nichols died after a traffic stop in Memphis, Tennessee earlier this month. On Tuesday, civil rights lawyer Ben Crump, who represents Nichols’s family, said police had taken the 29-year-old away from his relatives, his community and his four-year-old son.

“Accountability and justice are the only way forward,” Crump wrote on Twitter.

Crump’s statement comes after Nichols’s family and lawyers were allowed to see body camera footage of the incident on Monday, leading to outrage. The footage has not been released to the public, but lawyers said the video shows that he was beaten for three minutes in what they called a “savage” encounter.

“He was defenceless the entire time. He was a human piñata for those police officers,” Antonio Romanucci, Crump’s co-counsel, told reporters on Monday.

“It was an unadulterated, unabashed, nonstop beating of this young boy for three minutes. That is what we saw in that video.”

The lawyers said the authorities promised to release the video within the next two weeks. Shelby County District Attorney Steve Mulroy told the Associated Press on Tuesday that investigators hope to complete as many witness interviews as possible before the video is made available to the public.

Multiple local, state and federal agencies are investigating the incident.

Police said that they had attempted to arrest Nichols, a Black man, on January 10 for reckless driving, but that a “confrontation occurred” as he tried to flee the scene on foot. Nichols was taken to a local hospital where he died three days later.

The police announced on Friday that five officers involved in the arrest were terminated after an administrative investigation determined that they used excessive force or failed to intervene and render aid to Nichols.

“The Memphis Police Department is committed to protecting and defending the rights of every citizen in our city,” Memphis police Director Cerelyn “CJ” Davis said in a statement. “The egregious nature of this incident is not a reflection of the good work that our officers perform, with integrity, every day.”

All five officers are Black, but Crump said that was irrelevant, stressing that Black and brown motorists often face discrimination regardless of the officers’ race and that the pain of Nichols’s death “is just the same”.

Two Memphis Fire Department employees who attended to Nichols were also “relieved of [their] duty”, a spokesperson said on Tuesday, pending an investigation.

Crump compared the Nichols case to the infamous 1991 police beating of Rodney King in Los Angeles, which sparked violent protests and was the catalyst for calls for police reforms.

Nichols’s mother, RowVaughn Wells, said her son was “murdered” by the officers. “My son didn’t do no drugs. He didn’t carry no guns. He didn’t like confrontation. None of that. That’s why this is so hard,” she said.

Nichols’s death comes more than two years after nationwide protests for racial justice and an end to police brutality following the killing of George Floyd by a police officer in Minnesota who kneeled on his neck.

The US Congress has struggled to pass major police reforms to address questions of excessive force despite growing calls from activists.