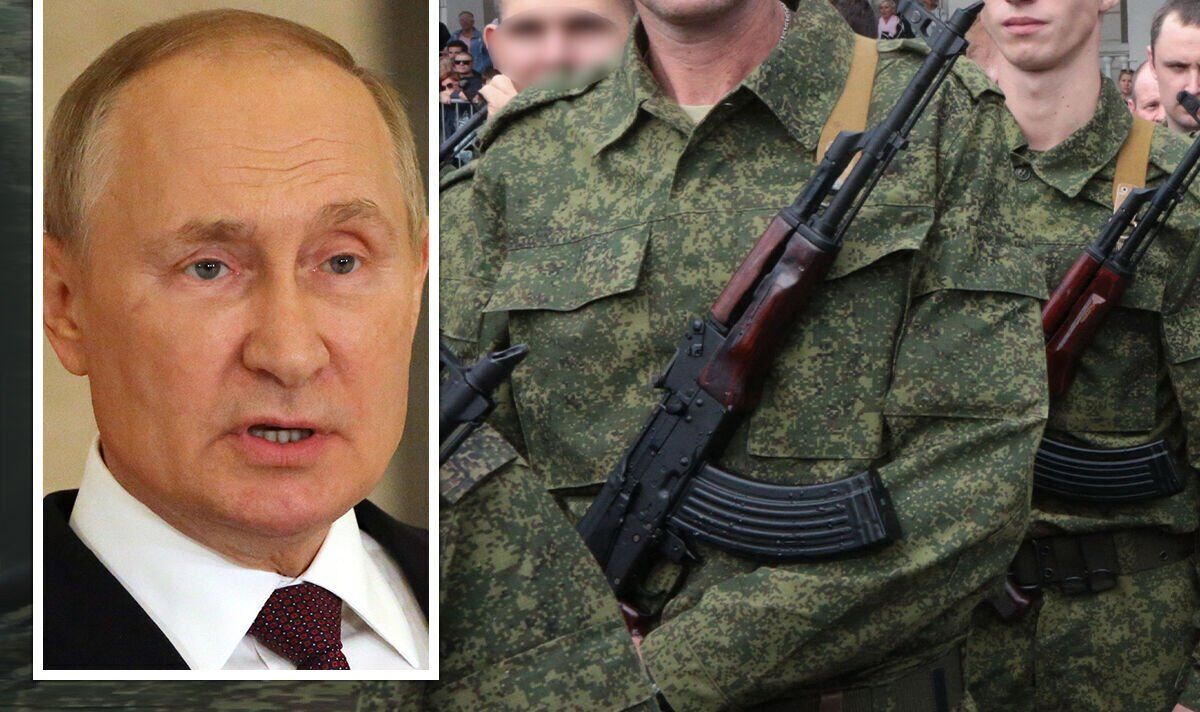 A Russian solider has warned there was “no shooting training, no theoretical training, nothing” in a shocking admission ahead of his deployment to Ukraine. Last week, Vladimir Putin ordered Russia‘s first mobilisation since World War Two as part of plans to recruit up to 300,000 additional troops in a desperate attempt to regain control of its failing war effort. The Russian President signed a decree on a partial mobilisation of two million-strong military reserves, which affects anyone who has served as a professional soldier in Russia.

But the partial mobilisation quickly sparked a furious reaction in Russia, with security forces detaining nearly 1,400 people in 38 cities by the end of thats same day.

Mark Krutov, a correspondent for Radio Free Europe/Radio Liberty’s Russian Service who has been described as “one of the leading investigative journalists in Russia”, has tweeted a video of a Russian soldier who was recently mobilised.

The unnamed soldier was sent to the “1st tank regiment” but has claimed they are being sent to Kherson in the southern Ukraine – an area that has seen fierce fighting – without any basic training.

In the video, the man says: “Hi everyone, the first tank regiment is here. We were officially told that there would be no training before we will be sent to the war zone. The regiment’s commanders confirmed this. On September 29 we’ll will be sent to Kherson.

Mr Krutov also tweeted a photo he said he had found of the soldier in the barracks which had been shared on his account on Vkontakte – the Russian online social media and social networking service.

The investigative journalist added: “Answering a comment which said ‘how unexpectedly!’, he describes how he ended up there:

“‘Yes, I didn’t expect it too. Was sleeping after the night shift. They woke me up and gave me a subpoena [to show up in the Military reg. office].”

READ MORE: US and NATO to ‘not intervene’ if Russia launches nuclear strike

Flights out of Russia have quickly been snapped up and cars have been pictured lining up for several miles at border checkpoints – with reports of a 48-hour queue at the sole road border to Georgia.

Sergei Tsekov, a senior lawmaker who represents Russian-annexed Crimea in Russia’s upper house of parliament, told RIA news agency: “Everyone who is of conscription age should be banned from travelling abroad in the current situation.”

The mobilisation has been coupled with an announcement by Putin that Moscow would stage votes to annex four Ukrainian provinces occupied by its forces, which Western powers have dismissed as a sham pretext to seize territory captured by force.