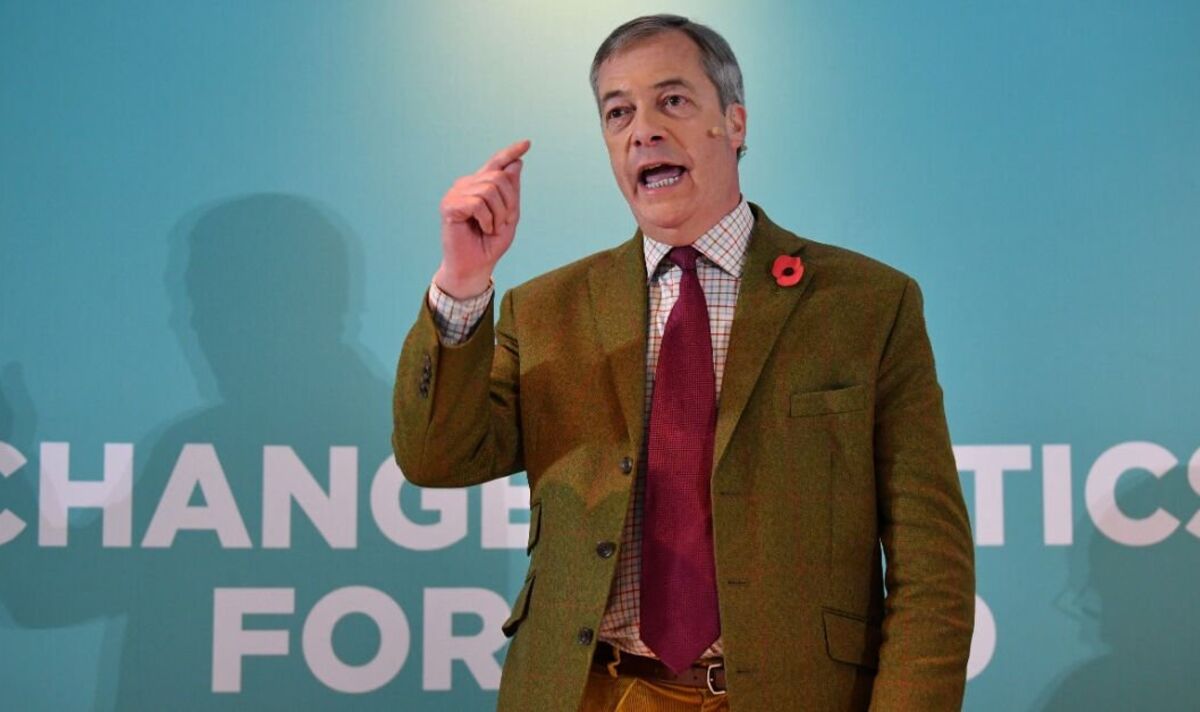 Nigel Farage is “testing the water” with “disgruntled” Red Wall MPs as he plots yet another political comeback, a report has claimed. Mr Farage’s meetings with Tory MPs come as Reform UK looks at a hit list of 11 seats which they hope to snatch at the next election.

The move to put pressure on the Tory Party in its new Brexit-backing northern seats comes amid growing public anger at the failure to take back control of our borders after net migration hit an all-time high.

An insider told the Sun on Sunday: “Nigel Farage has been reaching out to the disgruntled lot.

“He has been having meetings with Red Wall Tories about the Reform Party to test the water.”

JUST IN: Sunak believes that Labour’s massive poll lead is ‘soft’ and he can win the next election

Mr Farage also told the newspaper that outright defections were not discussed by “there are a lot of very, very disillusioned Conservatives”.

Reform UK, which emerged from the embers of the Brexit Party after the UK left the European Union, has seen a surge in support in recent weeks after over 5,000 people joined.

However, an ally of Mr Farage from his days with Leave.EU in 2016 appear to put forward one of the clearest words of encouragement to the ex-UKIP leader.

Andy Wigmore said: “Go on, Nigel, give the pillocks at ⁦⁦CCHQ a kick in the ballots.”

Mr Sunak was forced to clarify his Government’s position on Brexit last week after it was reported that the UK could look to move towards a Swiss-style relationship with Brussels.

Speaking to delegates at the CBI annual conference, the Prime Minister said: “Brexit is already delivering enormous benefits and opportunities.”

He added: “I think the country’s number one priority right now, when it comes to migration, is tackling illegal migration.