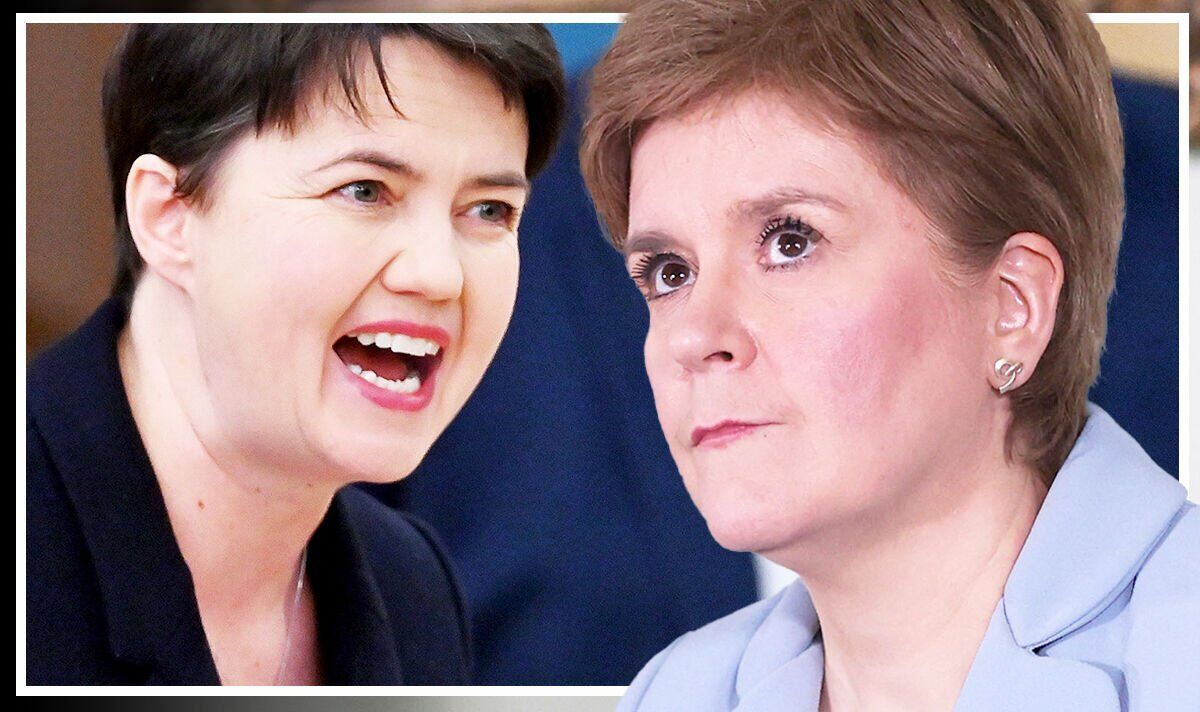 The former Scottish Tory leader played a leading role in the ‘No campaign’ during the first Scottish independence referendum in 2014 before stepping down from her leadership position in 2019.But after three years away from frontline politics, she has vowed to serve “in any way I can” should Nicola Sturgeon‘s Government succeed in securing another vote to split Scotland from the rest of the UK. Ms Davidson tore apart the latest plan from Scotland’s First Minister for securing a new vote as a “sign of weakness” on the part of the SNP.

Ms Sturgeon’s senior law officer – the Lord Advocate – has asked the Supreme Court to decide on whether the Scottish parliament could run its own independence referendum in October 2023.

Tory leadership candidates Liz Truss and Rishi Sunak have already said they would fight any attempts to hold another independence referendum should they become Prime Minister.

Ms Davidson was asked by a member of the audience at an Edinburgh Fringe show if she would front a ‘No’ campaign as she was “the only one who could stand up to Sturgeon”.

The veteran politician replied: “Were there to be one, I will always get involved in whatever way I can, because I believe in it, and I believe in fighting for what you believe in.”

Commenting about the possibility she could lead a campaign to stop IndyRef2, Ms Davidson pledged: “They wouldn’t have to ask, this is my country and I will fight for it.”

She added: “I don’t expect there to be a referendum any time in the next 10 to 15 years, I’ll help out in whatever capacity I can if that ever happens.”

Since the most recent Scottish parliamentary elections in May 2021, the SNP has continued to claim it has a firm mandate to hold a second referendum because pro-independence parties won a majority of seats.

But that claim has been shot down by Ms Davidson, who said: “They signed an agreement saying they would respect the result of the last referendum.

“That respect lasted all of 32 seconds before they decided to campaign for another one, so no, I don’t accept [they have a mandate].

“I don’t think you get to keep running a question because you didn’t like the answer. You can bet your bottom dollar that if they had won 55-45 they wouldn’t let us rerun it.”

She added: “I do think they [the SNP] are in a bit of a bind and I’m not sure this plan to go to the Supreme Court, then run a general election campaign for who becomes the prime minister of the United Kingdom … as a de facto referendum when it’s not, works.

“I think that is a sign of weakness that they don’t know what their next move is, but they needed to do something.

“I’m not sure that plan is one that is wholly effective – I’m picking my words really carefully.”

The SNP has hit back at the comments from Ms Davidson, again insisting it has been provided with a “cast-iron democratic mandate by the people to hold an independence referendum”.

Scotland’s ruling party insisted the people of Scotland will decide the country’s possible split from the rest of the UK – and the Government at Westminster or “unelected Lords with no democratic mandate”.

An SNP spokesman said: “The Scottish Government has been given a cast-iron democratic mandate by the people to hold an independence referendum – and that is what we intend to do on October 19 2023.

“Ruth Davidson said that if there was a majority of parties in the Scottish Parliament who supported independence then it is right that an independence referendum be held, and clearly that is the case.

“In any case, it is the Scottish people who will decide upon the future of Scotland – not a Tory Government at Westminster, or unelected Lords with no democratic mandate.”