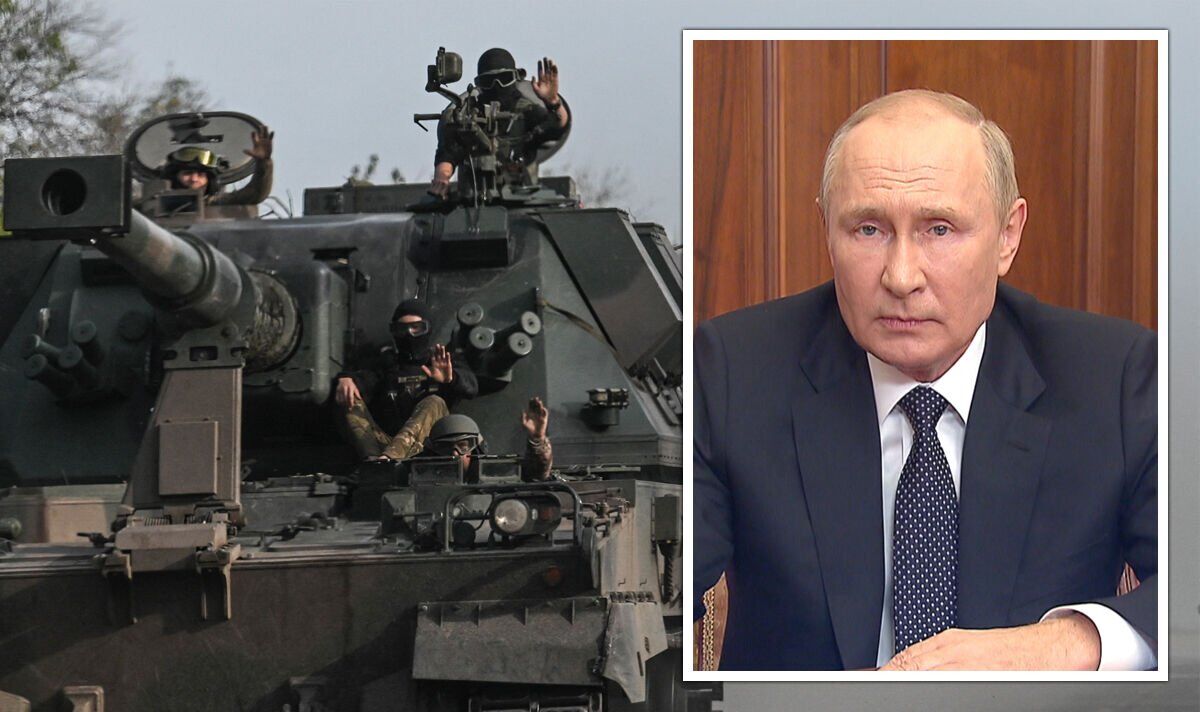 Russian missiles have been targeting Ukrainian dams in a desperate effort to halt Kyiv’s fierce counterattack – but the strategy will prove ineffective, reports the UK’s Ministry of Defence (MoD). According to the MoD, Russia has struck two dams in central and eastern Ukraine to try and flood the route of Ukrainian troops advancing downstream along major rivers.

The efforts come following a shocking counteroffensive by Ukraine that has seen them reclaim a number of key cities and strategic locations. The MoD reported that on September 21 and 22, Russia struck the Pechenihy dam on the Sivferskyy Donets River.

They used short range ballistic missiles “or similar weapons” in the strikes. The targeted hits follow an earlier strike on the Karachunivske Dam near Krivyy Rih in central Ukraine on September 15.

According to the MoD, these strikes are the result of Russian commanders becoming “increasingly concerned about their operational set-backs”. In terms of the purpose behind striking dams, the ministry said: “they are probably attempting to strike the sluice gates of dams, in order to flood Ukrainian military crossing points.”

But the attacks will do little to stop Ukrainian advancement, it added, saying: “The attacks are unlikely to have caused significant disruption to Ukrainian operations due to the distance between the damaged dams and the combat zones.”

Ukrainian forces have achieved an impressive counteroffensive in recent months. Through strategic manoeuvring of their troops, Kyiv’s forces managed to isolate the strategically important city of Kherson.

They achieved this through what one military expert described as “three dimensional chess”. It started when Ukrainian President Volodymyr Zelensky made public announcements detailing his intent to make the southern city the first to be liberated since the start of the war in February.

Ukraine also moved their troops to indicate they were about to launch a counter-invasion of Kherson.

READ MORE: Streets of Georgia sends out a clear message to Putin [REVEAL]

Russia responded by moving forces from the northeast to the south, leaving an area of vulnerability – or opportunity – on the outskirts of Kharkiv. Punching in behind enemy lines with smaller, faster, wheeled and often civilian vehicles, Ukraine was then able to set ambushes, report enemy movement and use said vehicles as ambulances.

Former US Army Major John Spencer, now Chair of Urban Warfare Studies at the Maddison Policy Forum, told Forces News: “For weeks in late July, early August, we saw the Ukrainian forces isolate the city of Kherson. The Ukrainians, without anybody knowing, with some amazing levels of operational security and secrecy, had been preparing and had been watching, clearly with superior intelligence.

“This wasn’t checkers, it was three-dimensional chess.”

The expert likened the strategy to an evolution of the Blitzkrieg method, in which once a line has been penetrated, heavier units then join to exploit the weakness. Justin Bronk of the Royal United Services Institute (Rusi) told the BBC that Russian positions in Kharkiv had suffered a “total collapse.”

The Russian withdrawal was, he said, “certainly the most dramatic reverse that we’ve seen from the Russians since they retreated from Kyiv in April”.

On Wednesday, Putin ordered a partial mobilisation of about 300,000 Russian reservists. Meanwhile, the tyrant is attempting to tighten his grip on Kherson, Zaporizhzhia, Donetsk and Luhansk with so-called referendums on the regions joining Russia.

Unverified videos online appear to show Russian troops forcing citizens to vote at gunpoint. The Russian-installed head of Kherson region in the south, Vladimir Saldo said incorporating it into Russia would “secure our territory and restore historical justice”.

The referendums will be held from September 23 to 27, and are expected to be followed by the annexation of the regions. Some analysts have suggested that the change will allow Russia to claim that continued Ukrainian counter-attacks on the four regions will be an attack on sovereign Russian territory.