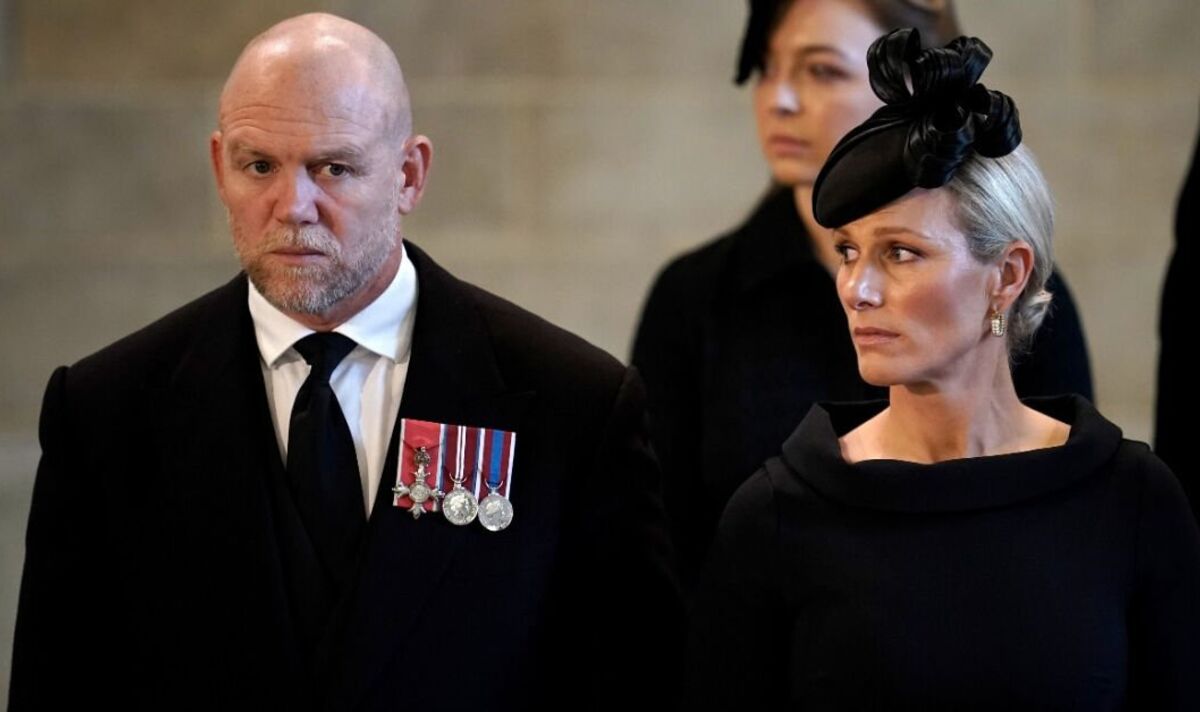 Ex-England rugby captain Mike Tindall joined former teammate James Haskell and sports presenter Alex Payne for another episode of his ‘The Good, The Bad and The Rugby’ podcast to pay tribute to Queen Elizabeth II following her death earlier this month. During the 26-minute episode, the trio shared moments they cherished the most with Britain’s longest-reigning monarch.

Mr Tindall, who accompanied his wife Zara to the Queen’s state funeral at Westminster Abbey, also celebrated how all members of the Royal Family “came together” following the Queen’s passing.

He said: “It’s been sad, emotional but happy.

“In some ways amazing. To see the family come so close together overnight.

“You never predict it. A 96-year-old lady, you know it’s going to happen but you’re never ready for when it does.

“Watching what Zara had to go through, obviously she loved the Queen beyond everything else.

“Their connection with horses, they had a real bond around that.

“It’s like the world has lost its grandmother in some way.”

Tindall, who was a part of Sir Clive Woodward’s glorious 2003 Rugby World Cup side, also recalled meeting the Queen back in 1992.

READ MORE: Prince George told school pal: ‘My dad is king so you better watch out’ in cheeky moment

The ex-Wasps back-row forward, known by many as a bit of a wind-up merchant, said: “When I was at Buckingham Palace, I remember she was sort of lining up and I was milling in the background.

“And she looked at me and smiled and raised her eyebrows.”

Haskell added: “It was just a momentary flicker but a smile and a raised eyebrow to say I’ve got your number.”