Skip to content
HomeNewsN Korea denies sending weapons to Russia, tells US to ‘shut up’ 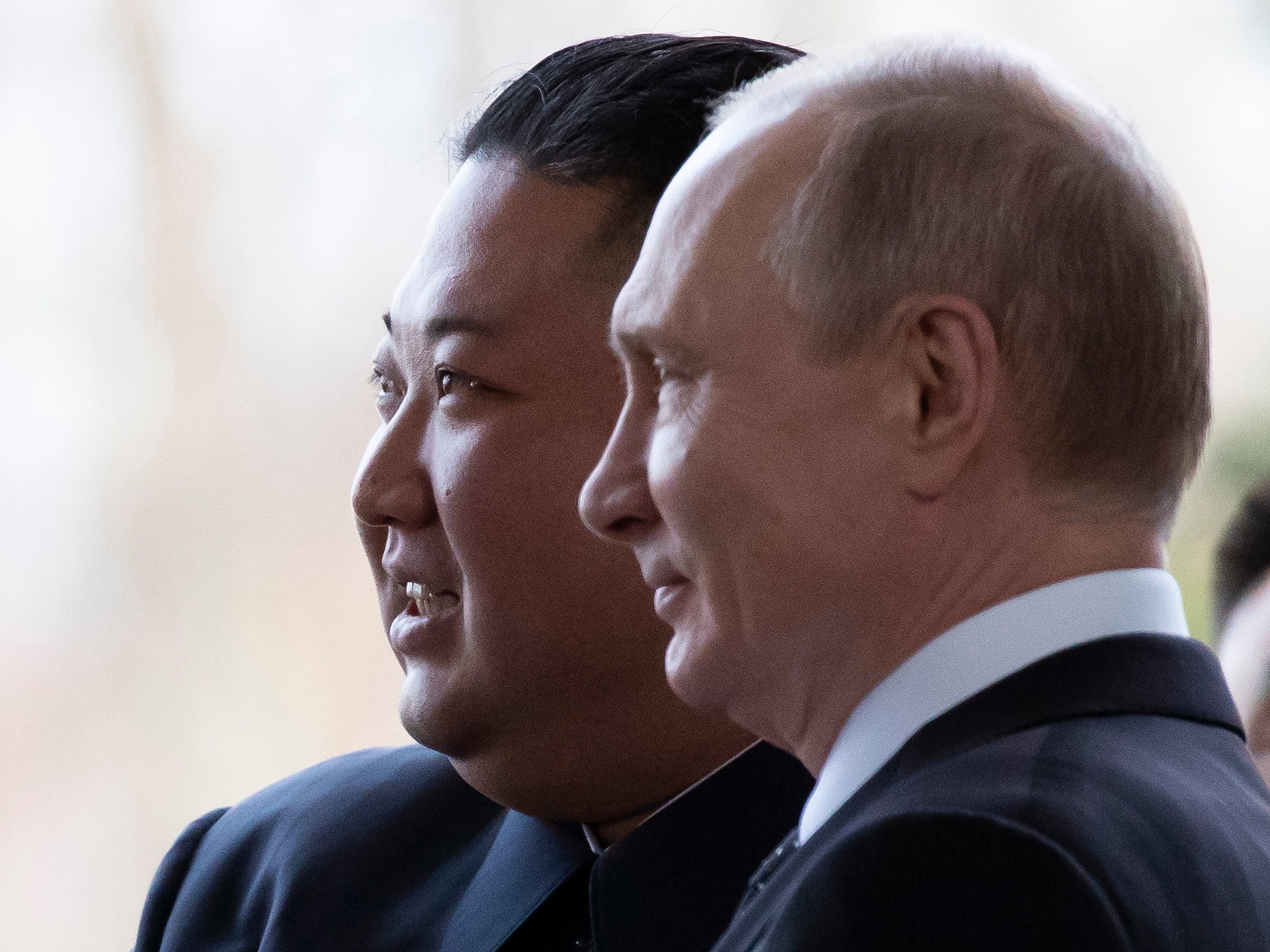 North Korea says it has never supplied weapons to Russia and has no plans to do so, condemning US claims of arms transfers for the Ukraine war as an attempt at “tarnishing” the country’s image.

In a statement released by the Korean Central News Agency on Thursday, an unnamed North Korean defence official said the United States and other hostile forces were “spreading a ‘rumour of arms’ dealings” between Pyongyang and Moscow.

“We strongly condemn and sternly warn the US over spreading such anti-DPRK rhetoric,” the official said, using the abbreviations for the formal name for North Korea.

“We have never exported weapons or ammunition to Russia before and we will not plan to export them,” the official added.

The denial came weeks after Vedant Patel, deputy spokesperson for the US Department of State, told reporters that Russia “is in the process of purchasing millions of rockets and artillery shells from North Korea for use in Ukraine”.

The White House later called it a “potential purchase”, with national security spokesperson John Kirby clarifying that have been “no indications that purchase has been completed and certainly no indications that those weapons are being used inside of Ukraine”.

Earlier this month, newly declassified intelligence reports from the US said Russia was buying millions of artillery shells and rockets from North Korea, but did not go into detail.

Any North Korean arms exports to Russia would violate United Nations resolutions banning the country from importing or exporting weapons, and Russia has denied the allegations, demanding that the US provide evidence.

Washington has also accused Iran of supplying drones to Russia for use in its war in Ukraine, a claim that Tehran has denied.

In the statement on KCNA, the North Korean official told the US to stop making “reckless remarks” and “keep its mouth shut”, but went on to reiterate its “lawful right” to export and import military equipment if it wished to do so. The official stressed that Pyongyang has never recognised the “unlawful” UN Security Council sanctions against the country “cooked up by the US and its vassal forces”.

North Korea has sought to tighten relations with Russia even as most of the world has condemned Moscow’s war in Ukraine.

North Korea has blamed the US for the crisis, saying the West’s “hegemonic policy” justified Russian military action against Ukraine as a way of protecting itself. Kyiv, meanwhile, severed relations when Pyongyang in July recognised two Russian-backed breakaway “people’s republics” in eastern Ukraine as independent states.

The leaders of Russia and North Korea also recently exchanged letters talking up their ties.

Russian President Vladimir Putin, in a letter sent for Korea’s liberation day, told North Korean leader Kim Jong Un that the two countries will “expand the comprehensive and constructive bilateral relations with common efforts”. Kim also sent a letter to Putin saying the “strategic and tactical cooperation, support and solidarity” between the two countries had reached a new level amid their common efforts to frustrate threats and provocations from “hostile military forces”.

North Korea also has used the war as a window to accelerate its own arms development, testing dozens of weapons including its first long-range missiles since 2017.

The tests come amid divisions in the UN Security Council, where Russia and China have blocked US attempts to tighten sanctions on Pyongyang.