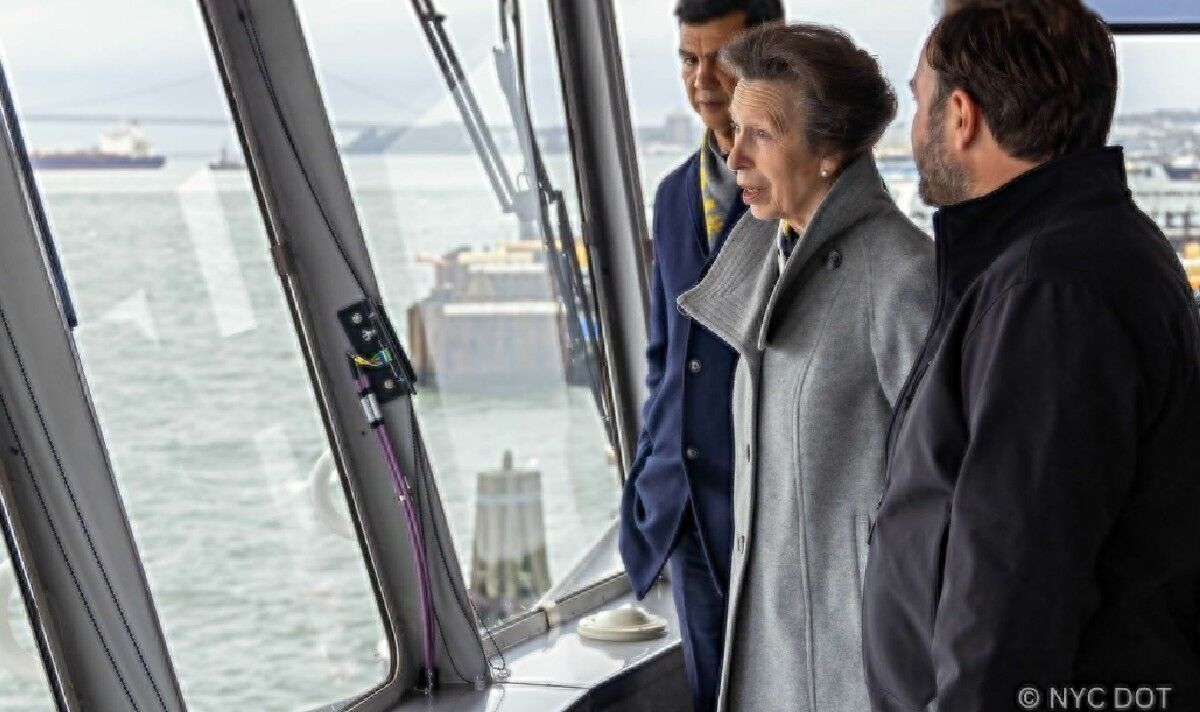 Princess Anne, who returned to her Royal duties following a mourning period for her mother Queen Elizabeth II, has been spotted taking a Staten Island ferry in New York. The picture delighted Royal fans who took to social media to praise the Princess Royal.

The Princess attended a black-tie gala event in the city for the English Speaking Union at the Cosmopolitan Club where she was a guest of honour.

Princess Anne flew out from Heathrow Airport in London on Monday morning and later touched down at the John F Kennedy International Airport.

She was then greeted by His Majesty’s Consul-General for New York, Mrs Emma Wade-Smith ahead of her appearance at a gala dinner for the English Speaking Union at the Cosmopolitan Club as a guest of honour.

However, she also embarked on an unusual trip while visiting the Big Apple.

The Princess made a trip on the Staten Island Ferry, which travels five miles to Manhattan.

Mrs Sandra Faulkner (@MRSSANDRAFAULKN) said on Twitter: “My favourite Royal. Princess Anne just gets on with it.”

Keith Simpson added (@KeithSi27584957): “Great to see Her Royal Highness doing what she always does without fuss. Just getting on with what she does best. A fantastic ambassador for the United Kingdom.”

The New York Department of Transportation revealed Anne had made the seaborne trip.

“Today, friends of the museum gathered to support plans for expansion into one of the neighbouring historic buildings.

“Kudos to Linda Dianto for organising such an amazing afternoon and for leading this work.

“Did I mention Her Royal Highness Princess Anne was the keynote? She graciously met and conversed with everyone in the room.

“Photos were not permitted but I did get some pics of local royalty.”