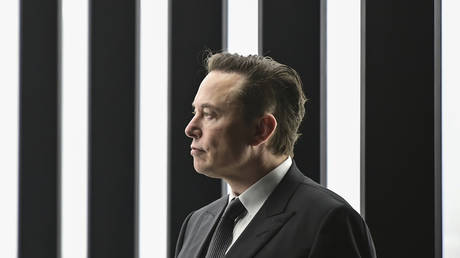 Jim Baker was “vetting” the Twitter Files without management knowing, says journalist
Twitter’s top lawyer was “exited” from the company on Tuesday, after revelations that he had been holding up the release of files about the social media platform’s role in the 2020 US election censorship. Prior to getting hired by Twitter, Jim Baker was general counsel to the FBI, where he was involved with multiple “Russiagate” controversies.“In light of concerns about Baker’s possible role in suppression of information important to the public dialogue, he was exited from Twitter today,” Elon Musk tweeted on Tuesday afternoon.Shortly thereafter, journalist Matt Taibbi – who had published the first batch of “Twitter Files” last Friday – revealed that Baker had been involved in “vetting” those documents, and effectively holding up the release of the next batch, without Musk’s knowledge. Bari Weiss, who was supposed to publish the next drop, inquired who was in charge of releasing the documents and received the answer, “Jim Baker.”“My jaw hit the floor,” Weiss told Taibbi.Baker was hired in June 2020, as deputy to Vijaya Gadde – one of the first executives Musk sacked upon buying the company in October. The documents released last week showed him playing a major role in censoring the New York Post’s factually correct story about Hunter Biden’s laptop ahead of the 2020 presidential election.

The Biden White House dismissed the revelations published by Taibbi as a “distraction,” while most major US media outlets insisted it amounted to a “nothingburger.” Commenting on Baker’s name being mentioned, however, legal scholar Jonathan Turley quipped that the lawyer was “fast becoming the Kevin Bacon of the Russian collusion scandals.” As FBI general, Baker was directly involved in applying for a FISA warrant to spy on Donald Trump’s presidential campaign, based on the fictitious “Steele Dossier.” Baker also worked closely with Director James Comey, who leaked the dossier briefing to the press and set up the appointment of Robert Mueller as special counsel after getting fired by Trump. Democrat operative Michael Sussmann used Baker to have the FBI probe the false claim about a link between Trump and Russia’s Alfa Bank. Having left the FBI in 2018 under a “Russiagate” cloud, Baker was hired by Brookings, a DC think-tank whose researcher Igor Danchenko had been Steele’s primary sub-source. He eventually ended up at Twitter, aiding the suppression of a story that could have helped Trump get re-elected – and then, according to Taibbi, Weiss and Musk, trying to cover it up.