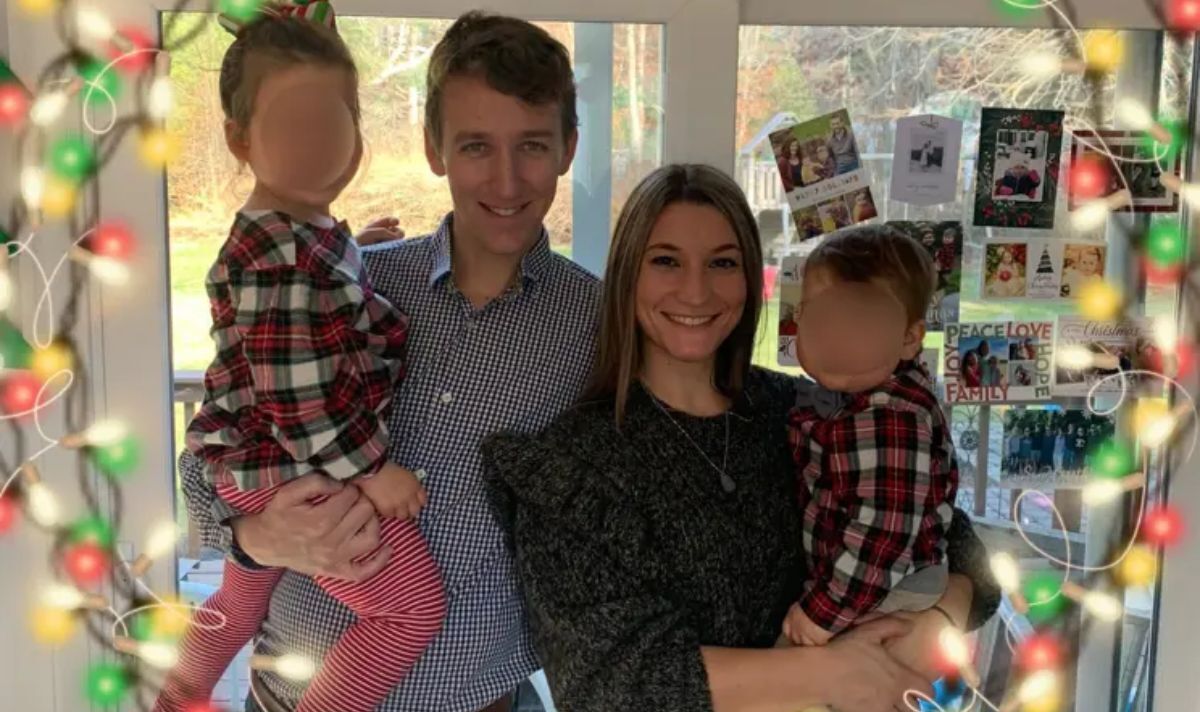 A mum of three has been charged with strangling her two young children and attempting to kill her newborn before jumping from a window in what police are describing as a failed murder-suicide attempt. Lindsay Clancy, 32, of Plymouth, Massachusetts, has been charged with two counts of homicide and three counts of strangulation, according to officials. She remains in the hospital.

The seven-month-old boy is still fighting for his life and remains in Boston Children’s Hospital where he is undergoing treatment.

Mr Cruz confirmed that police responded to a call at the family’s home in Duxbury – located around 35 miles southeast of Boston – after Clancy’s husband called 911 at around 6pm on Wednesday.

He called the police after discovering that Clancy had jumped from a window in the house.

The 32-year-old mum is currently recovering in a Boston hospital but remains in police custody.

“Preliminarily it appears that the children were strangled”, he told reporters on Wednesday afternoon.

The woman’s five-year-old, Cora, and three-year-old, Dawson, were rushed to hospital, where they were declared dead.

The medical examiner will issue the official cause of death in the coming days but police say it appears Clancy strangled them.

“This is an unimaginable, senseless tragedy, and it is an ongoing investigation,” the district attorney said.

Clancy had been on leave from her job as a nurse at Massachusetts General Hospital when the horrific incident happened.

Sources told CBS Boston that officials are considering whether the mum of three was suffering from postpartum psychosis when she allegedly attempted the murder-suicide.

Rota Musgrove, the children’s great-grandmother, had spoken to Clancy last week and told NBC Boston that nothing seemed out of the ordinary.

She told reporters: “It’s a pretty shocking thing, and it is heartbreaking,” as she placed flowers at the memorial site outside the family’s home.

An arrest warrant was issued against Clancy, 32, for two counts of homicide, three counts of strangulation, and three counts of assault and battery with a deadly weapon, the district attorney’s office said.