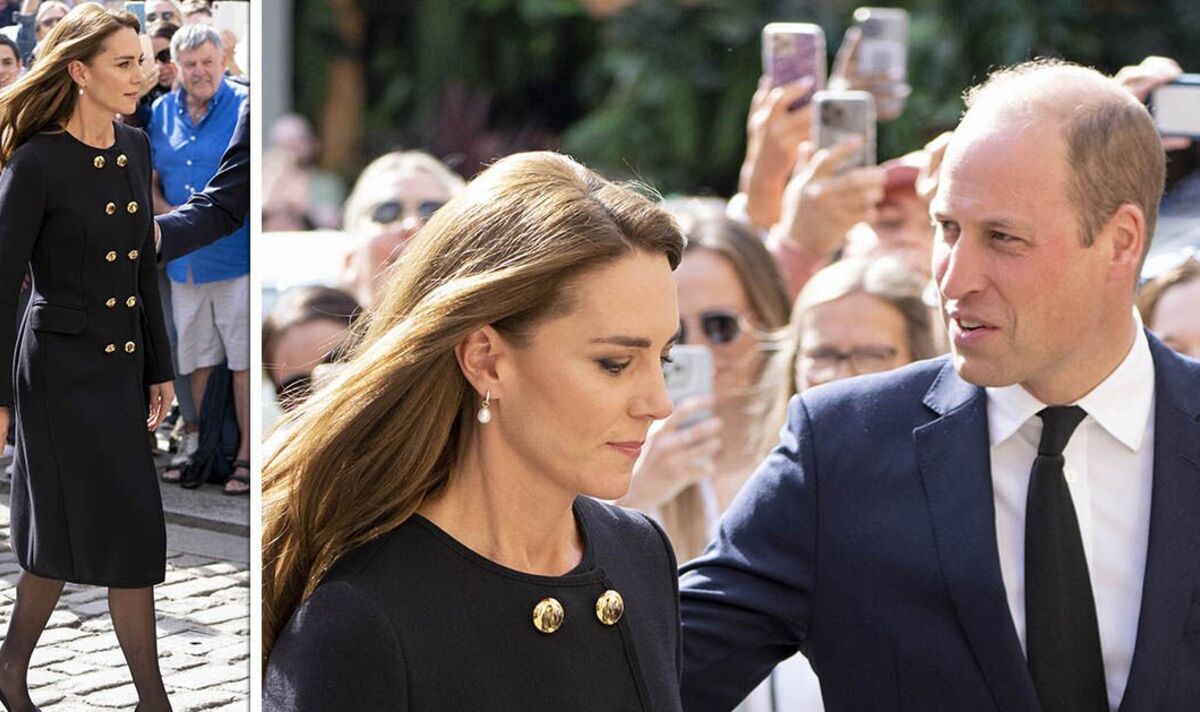 Kate and Prince William headed to Windsor’s Guildhall to meet volunteers and operational staff who were involved in facilitating the committal service for Queen Elizabeth II, held on Monday afternoon at St George’s Chapel. These outstanding workers helped run the historic event smoothly and supported the crowds who gathered in Windsor to bid the last farewell to the beloved sovereign.

These unsung heroes worked behind the scenes on the day itself and in the run-up to the service to sort portaloos, bins, program road signs and move the flowers among other duties.

This surprise appearance is not an official engagement, as all members of the Firm are still observing the seven-day period of royal mourning.

This means working royals are not expected to carry out any official duty until 8am on Tuesday, when flags on royal residences will stop being flown at half-mast.

The Prince and Princess of Wales were welcomed by huge crowds gathered outside the Guildhall.

For this unannounced appearance, both Kate and William continued to wear black outfits, with the princess donning a dress coat with prominent golden buttons.

Kate and William aren’t the only royals to have stepped out of their homes to thank those who provided support during the 11 days of national mourning and the day of the funeral.

Princess Anne headed to Portsmouth Naval Base this morning to meet with Royal Navy personnel who took part in the funeral procession.

As the Commodore-in-Chief Portsmouth, the Princess Royal thanked the staff for helping run the events linked to the Queen’s funeral smoothly.

This afternoon, the tireless royal will also travel to St Omer Barracks, Aldershot, to visit and thank personnel part of the Royal Logistic Corps and Royal Corps of Signals who played a key role in providing logistical support for the funeral and other associated ceremonial duties.

The 72-year-old royal is the Colonel-in-Chief of both corps.

Prince Edward landed in Estonia on Wednesday afternoon to meet troops based at the Camp Tapa military base, where he thanked military personnel for their continued service under the Queen’s reign and their commitment to King Charles III as the new Head of the Armed Forces.

Tomorrow, he will be in Paderborn, Germany, to complete a similar task as he meets troops on deployment from the Royal Wessex Yeomanry at the Normandy Barracks.