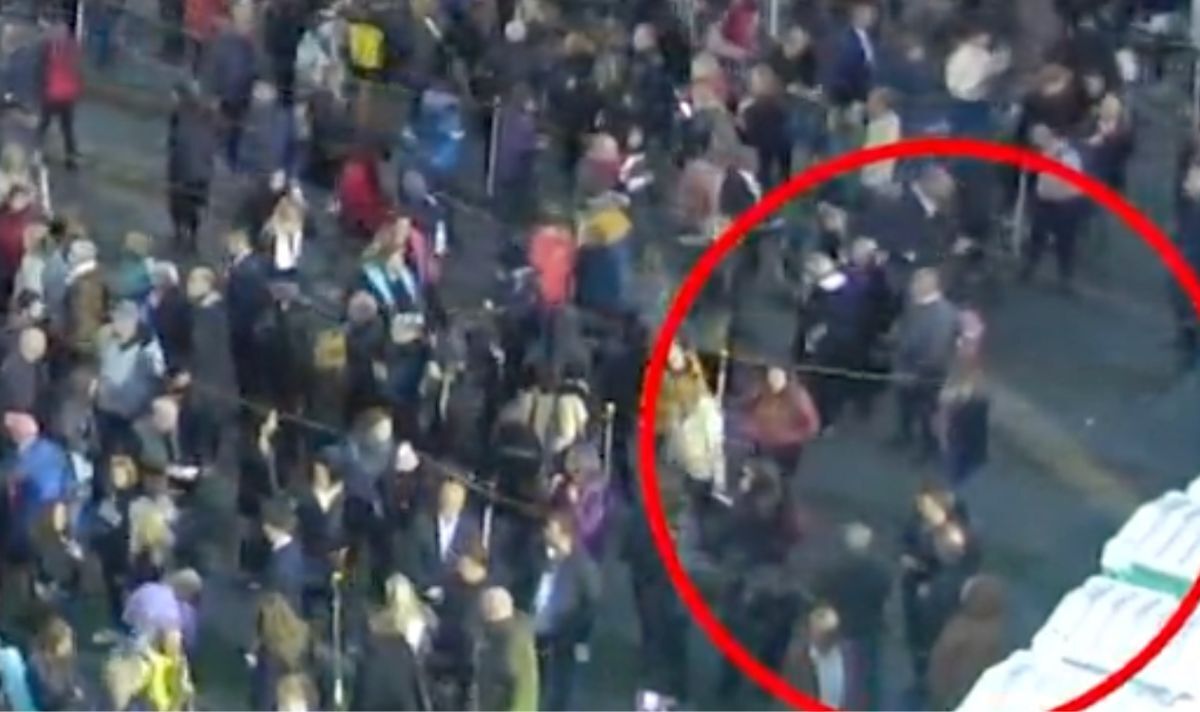 A woman was filmed appearing to cut the queue which takes to Westminster Hall by climbing under two line ropes. The person, however, may have just been returning to her place in the queue after leaving the line for a short break before entering the hall where the Queen lies in state, according to reports.

In the clip, a member of the public appears to get ahead in the queue to pay tribute to the Queen, now lying in state in Westminster Hall.

The video was filmed around 7:30pm on Friday evening, the day King Charles and other members of the Royal family gathered in Westminster Hall to hold a brief vigil beside the Queen’s coffin.

As the queue kept moving, the mourner was seen climbing under a first line rope passing other people already queuing in the line.

A few moments later, the woman is also seen looking around and then ducking under a second airport-style barrier.

Together with the woman, also a man appears to climb under the first the first line rope.

The woman, however, may have just been returning to their place in the line after leaving for a short break before entering Westminster Hall to pay tribute to the late monarch.

According to official guidance: “When you reach the back of the queue, you will be given a coloured and numbered wristband. This is a record of when you joined the queue, however please note that having a wristband does not guarantee your entry to the Lying-in-State.

“Wristbands are specific to each person joining the queue, and are strictly non-transferable. You must keep this wristband on at all times as it will be checked along the route.

READ MORE: Fears for Meghan as she’s thrown back into spotlight after privacy bid