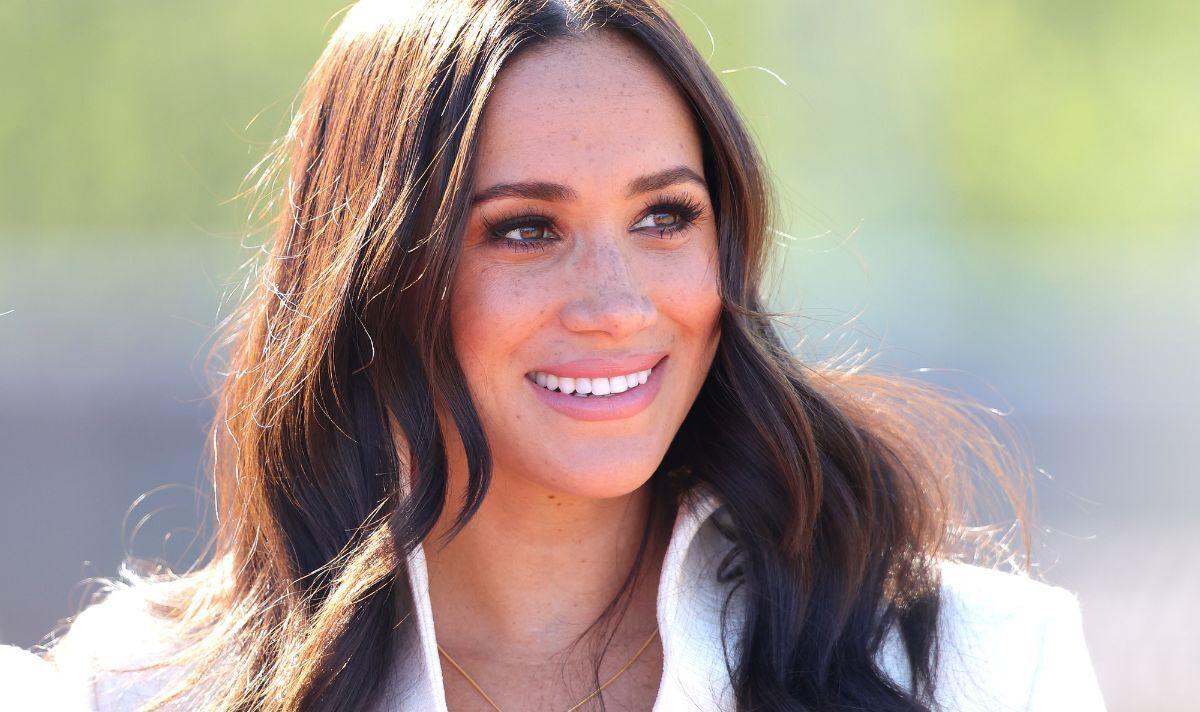 The tennis superstar is a close friend of the Duke and Duchess of Sussex and is the cover star of Vogue’s September issue. As part of her story for the Vogue feature, the 40-year-old tennis champion who recently announced her retirement, went through photographs of her most iconic styles.

The looks she reminisced on included her wedding dress and some of her more famous tennis outfits.

However, one of the most iconic pictures of Williams remains that of her wearing a pink Versace outfit to Harry and Meghan’s wedding in May 2018.

Serena described the creation of her look for the star-studded royal wedding as a “very long process”.

Williams told Vogue “I love this image” as she looked fondly at the memory of herself and her husband Alexis Ohanian at Windsor Castle.

Serena said: “This is at the royal wedding when my friend Meghan married Harry.”

The tennis player was head to toe in pink Versace with a pale pink fascinator which was accessorised with various pieces of jewellery including a gold necklace.

Speaking about choosing her hairstyle for the special event, Williams said: “What’s so iconic about this I was like, ‘Royal wedding? I’m definitely wearing braids.’”

READ MORE: POLL: Should the Government renationalise the energy companies?

The Tennis champ complimented her husband’s look for the event jokingly adding that “he looked a lot younger”.

Williams added that the style for weddings in Britain is “definitely different”.

She added: “Women have to wear fascinators, which are hats – I love that they call ‘em fascinators.”

Meghan and Serena’s friendship is still going strong following Sussex’s move stateside, with Meghan watching Williams at the US Open and Wimbledon.