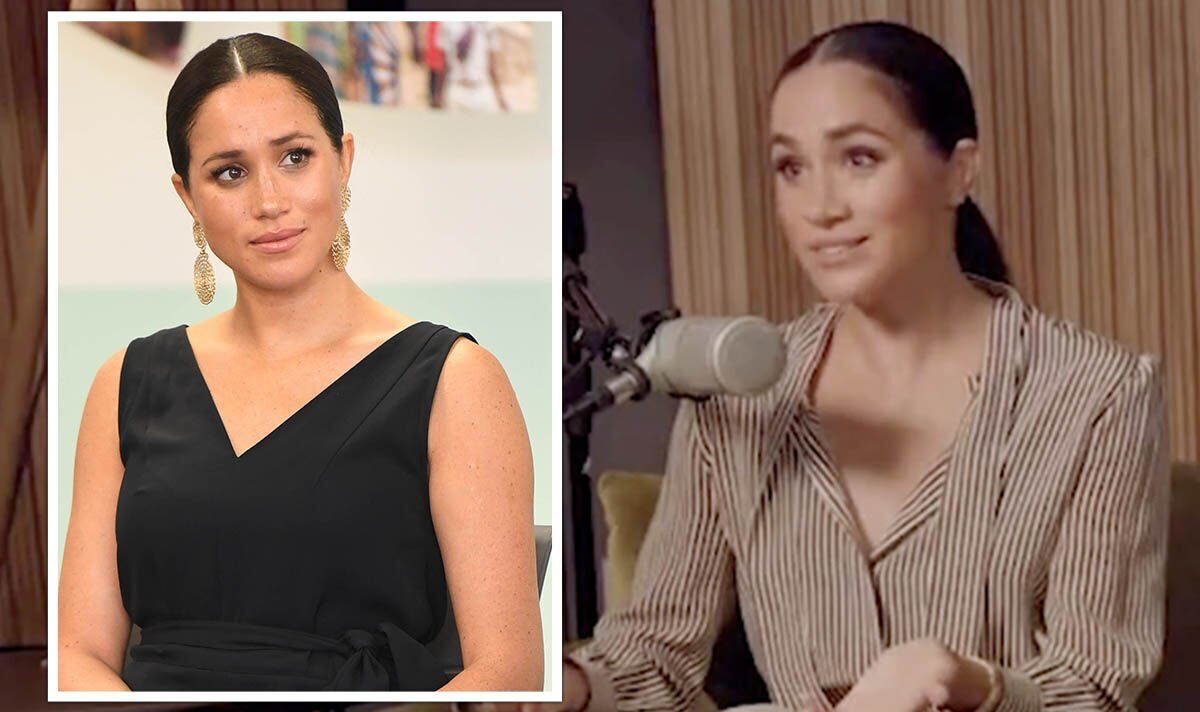 The Duchess of Sussex mentioned in the first episode of her podcast series Archetypes that her son Archie Harrison risked being involved in a fire just hours after the family of three had landed in South Africa. Speaking to her friend and tennis star Serena Williams, Meghan said there had been an incident sparked by a heater placed in the nursery where her then four-month-old son was meant to be napping while his parents were undertaking engagements.

She said: “The moment we landed, we had to drop him off at this housing unit that they had had us staying in.

“He was going to get ready to go down for his nap.

“We immediately went to an official engagement in this township called Nyanga, and there was this moment where I’m standing on a tree stump and I’m giving this speech to women and girls, and we finish the engagement, we get in the car and they say there’s been a fire at the residence.”

The Duchess went on saying her son had not been harmed as he was not in the room thanks to his nanny Lauren, who had taken the tot downstairs with her for a snack.

She continued: “There was no smoke detector. Someone happened to just smell smoke down the hallway went in, fire extinguished.

“He was supposed to be sleeping in there.”

The Duchess then seemingly voiced her disappointment at the Palace, as she and Harry were asked to carry on with their work while people were still “shaken” by the incident but it had become clear the baby had not been hurt.

She recalled: “I said: This doesn’t make any sense. I was like: Can you just tell people what happened?

“And so much, I think, optically, the focus ends up being on how it looks instead of how it feels.”

The description of the residence as a “housing unit” appears to be one of the reasons why some South Africans have taken to Twitter and contributed to get the hashtag VoetsekMeghan – an offensive term meaning “go away” – trending.

“You’ve shown us who you are. When you try to rip the Royal Family you forget about who you offend on the way.”

Asked by another user, LilyB, how Meghan portrayed South Africa, Mr Anderson replied: “Optics will suggest that South Africa is not safe…”

Among the other thousands of tweets including the hashtag there was one by Raymond Segodi, who wrote: “I was convinced by her acting on Oprah interview now after lying about South Africa I withdraw my sympathy and anger against the British media and Royal family.”

However, other Twitter users defended the Duchess and her decision to speak about the incident, surely upsetting for a mother.

“It was about the fire not about South Africa. I guess you need more love.”

“It’s just the miserable side of Twitter trying to find something to complain about.”

And Dr Eugenia Kula wrote: As a South African I’m proud of you. You are an inspiration to young girls.”

Meghan’s first-ever podcast was released on Tuesday and focused on the negative connotation the word ambition can get when used to address women.

Archetypes, produced exclusively for Spotify, investigates the labels that try to hold women back.

Over 12 episodes, the Duchess will speak with celebrities as well as experts about different words.