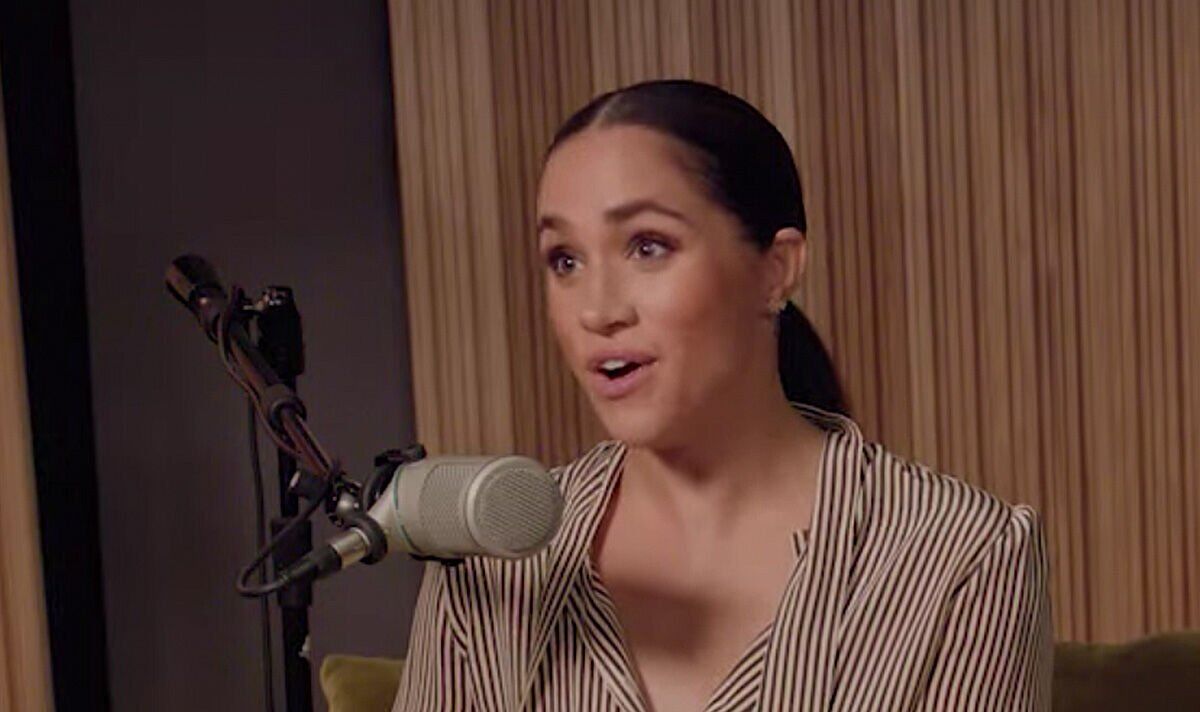 Meghan Markle told superstar Mariah Carey she “started to understand” the impact her skin colour had on her life when she was confirmed to be dating Prince Harry. The Duchess of Sussex said she had hardly experienced any form of discrimination before the couple’s relationship became public knowledge. Speaking on her podcast Archetypes, Meghan said her experience with her skin colour “really shifted” once she began dating her now-husband.

Citing an interview actress Halle Berry gave discussing her relationship with her racial background, Meghan said: “I think for us is so different because we’re light-skinned.

“If there’s any time in my life that’s been more focussed on my race it’s only once I’ve started dating my husband.

JUST IN: ‘Exasperated’: Harry complains about having to ‘fix’ £12m mansion in chat with Meghan

The Duchess of Sussex previously hit out at the focus paid to her skin colour, claiming an unnamed member of the Royal Family had questioned what colour her first child with Prince Harry would be.

During her conversation with Mariah Carey, the Duchess bonded with the US singer about struggling to “find her place” as mixed children.

Meghan said: “Our conversation begins with something I can relate to, her constant struggle to find her place and to fit in.”

The singer shared her experience about living as a child of divorced parents, another trait she shares with the Duchess of Sussex.

The Duchess chimed in to say: “Yes, I understand that.”

Ms Carey went on to say: “I remember being in school in this predominantly white neighbourhood where my mum felt comfortable, and I tried my best to feel comfortable.

“But this kid was in the hallway and said ‘Mariah has three shirts and she wears them on rotation’.

“And it was true, I mean the fact that he noticed I am like, ‘Why are you so obsessed with me?'”

Meghan Markle made her podcast debut last week, nearly two years after the Duke and Duchess of Sussex struck their production deal with Spotify.