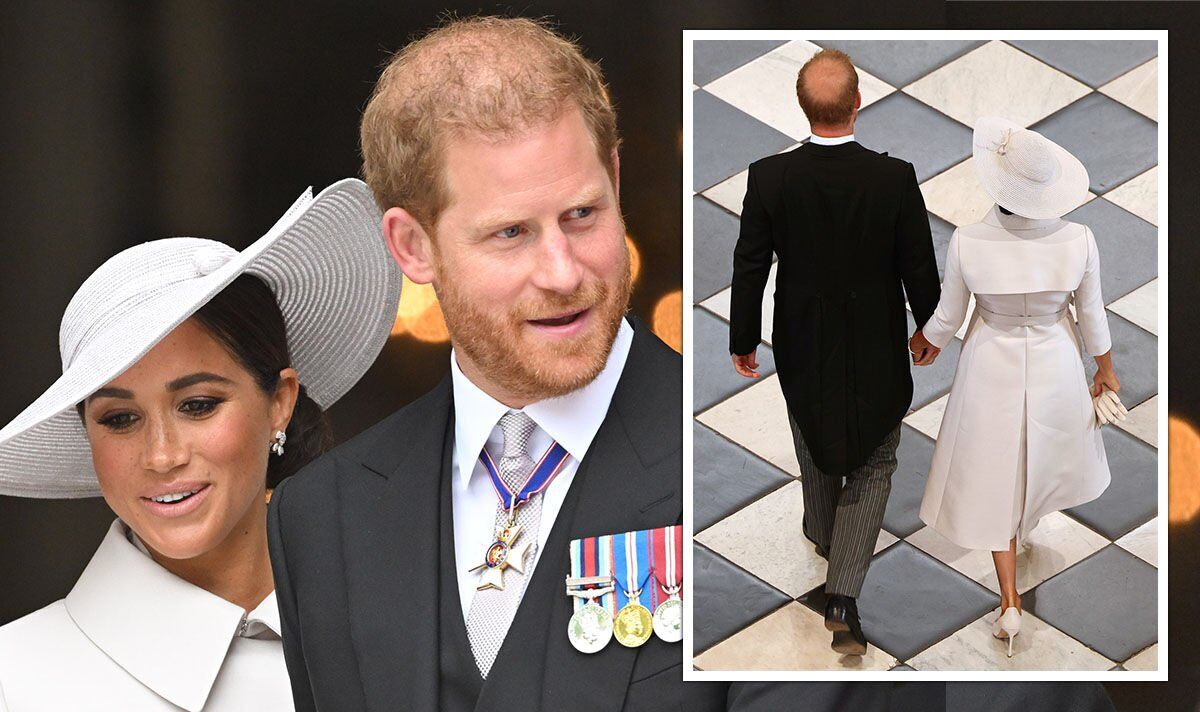 Meghan Markle and Prince Harry returned to the royal fold for the Queen’s Jubilee celebrations – but their relegated seats were a telling sign of their change in status. They no longer use their HRH styles and the event was their first public appearance alongside the Windsors since they stepped down as senior royals two years ago amid the Megxit storm. Royal expert Neil Sean claimed that the royal couple have since been offered TV deals.

Speaking on his YouTube channel, Mr Sean claimed: “All the TV broadcasters around the world are looking to put together specials on the Platinum Jubilee, particularly for their year-end things.

“American networks are very keen on is to sit down with Harry and Meghan to get their take on what has been spectacular years.

“I’ve been told that Australian TV too are interested particularly all the mainstream media now.

“When you think about it that could be a big pay deal for Harry and Meghan.”

Just over a year ago, Harry and Meghan accused an unnamed member of the royal family, not the Queen nor the Duke of Edinburgh, of racism and painted the monarchy as an uncaring institution in their controversial Oprah interview.

Kate was publicly singled out by Meghan for allegedly making her cry in the run-up to her wedding.

In 2012 for the Diamond Jubilee, Harry had taken pride of place in the front row for service in St Paul’s marking his grandmother 60th year on the throne.

Much has changed since then, with Harry wedding American actress Meghan in a glittering royal wedding in 2018, followed by their troubled departure in 2020.