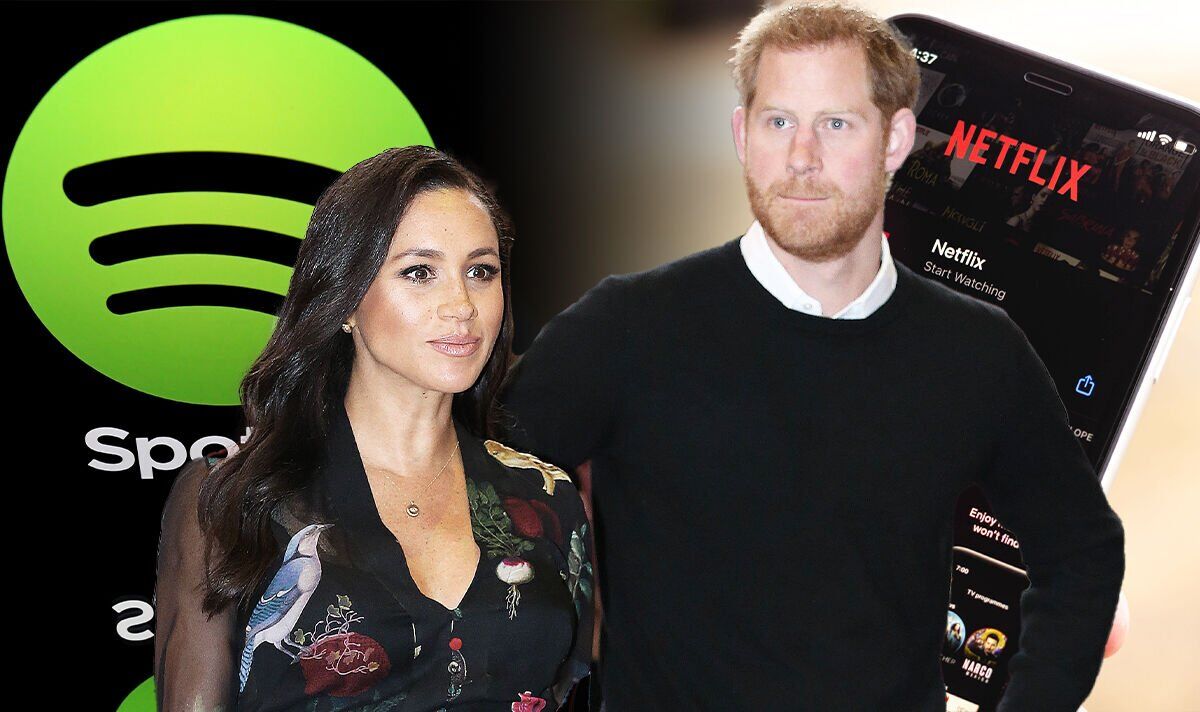 The Duke and Duchess of Sussex are under immense pressure to deliver on promises to Netflix and Spotify after the couple signed massive multi-million pound deals with the two multi-media giants back in 2020. As the two year milestone of their Netflix deal approaches, the couple have yet to produce any content for the giant, which as royal expert Daniela Elser claims, could leave the couple’s bank balances with a gaping hole.

As evidenced by the low turnout to Harry’s recent UN speech in New York, Ms Elser suggests the couple’s “paymasters” could be worried the duke and duchess are not the stars they signed a deal with 712 days ago.

Ms Elser also claims despite the couple’s goodwill and number of sizable donations since their sudden departure from the Firm they have yet to “move the needle” on any one issue they have touched.

In an op-ed for news.com.au, the Australian columnist wrote: “Sadly, for two people who seem to truly care, there is not one issue, not one cause they have really moved the needle on since they embarked on this new life of theirs.

“More importantly for their Netflix and Spotify paymasters, they have failed to genuinely set themselves up as leading voices of the day.