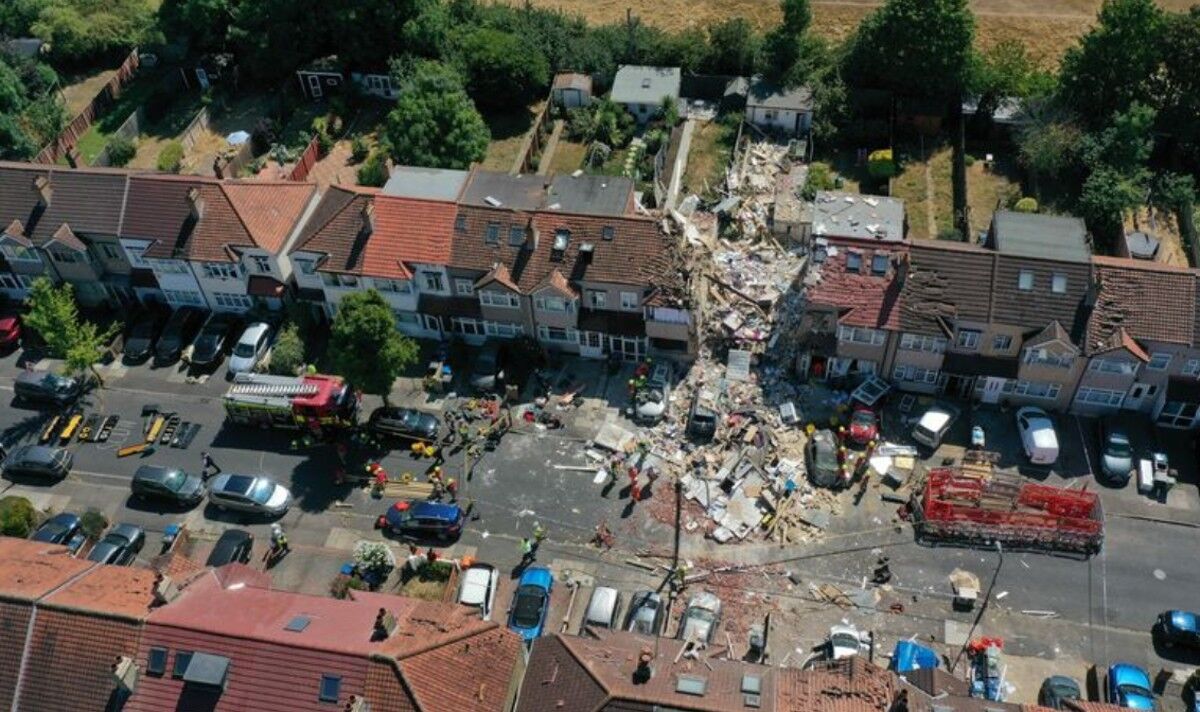 The sealed-off area has expanded by around 100 metres on Galpins Road today following yesterday’s blast. It comes after a girl, believed to be aged four, died and three others were injured when a terrace house collapsed following a suspected gas explosion on Monday morning.

Four police cars rushed to the scene today within the space of 15 minutes, while a number of London Fire Brigade Commanders have also arrived, MyLondon reports.

Residents living within the new cordon are not being allowed into their homes.

The cordon has been extended to a total distance of about 200 metres following the blast.

About 100 evacuated residents have been housed in nearby hotels.

It comes as several residents said they could smell gas for “at least two weeks” prior to the explosion, with many experiencing headaches, dizziness and difficulty breathing.

On the ground beside the original cordon, children have written touching tributes in white chalk, including the words “spread your wings” alongside drawings of hearts and rainbows.

Several bouquets and teddies have also been left at the scene.

The Met has confirmed a girl’s body was recovered from a building after the blast, while the three others were taken to hospital.

A fourth person was treated at the scene.

Leader of Merton Council Ross Garrod described the incident as a gas explosion.

Firefighters said investigations to establish the cause were ongoing.