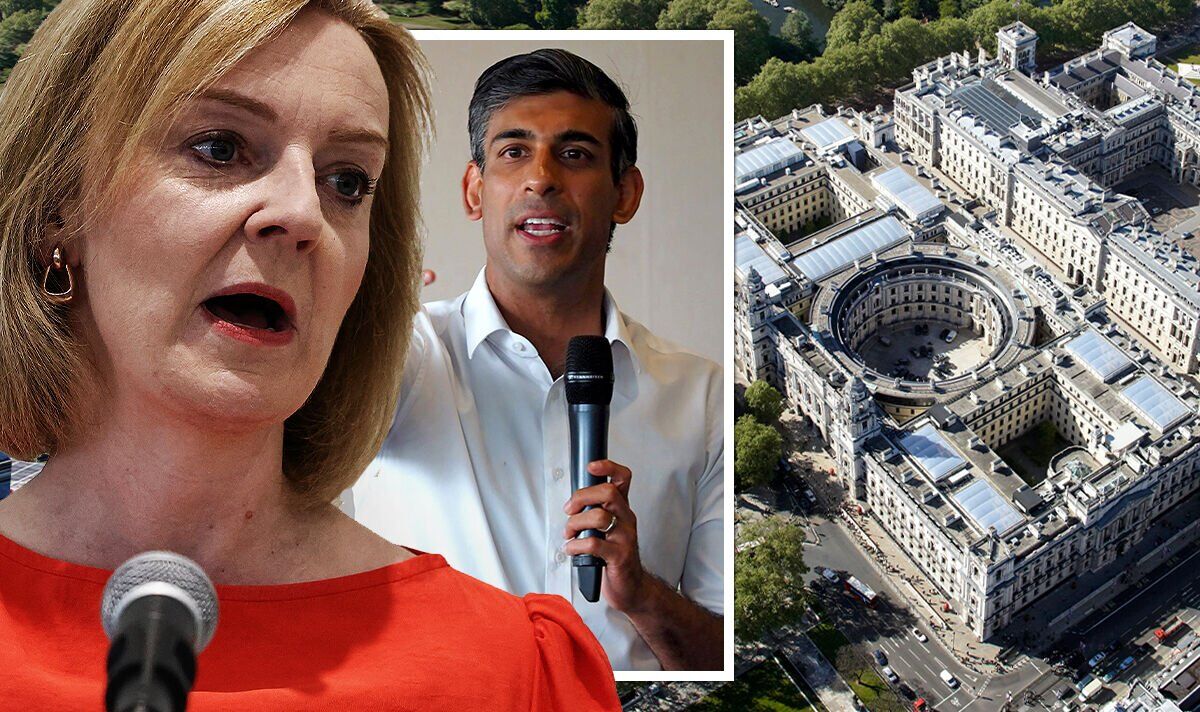 She said the British public can trust her to slash taxes this Autumn if she wins the race to become Prime Minister.

Ms Truss told the Daily Express: “As Prime Minister, people can trust me to cut taxes immediately, supporting people who work hard and do the right thing.”

“I’ll keep my promise on cutting taxes, helping families keep more of their hard-earned money in their own pockets.”

Her promise came as Tory Party members started to receive ballots in the vote to find Boris Johnson’s successor.

The Foreign Secretary is the bookies’ favourite over rival Rishi Sunak after winning the backing of a number of the party’s “Big Beasts”.

Chancellor Nadhim Zahawi, who replaced Mr Sunak in No.11 when the leadership hopeful quit Mr Johnson’s cabinet last month, endorsed Ms Truss saying “we need a ‘booster’ attitude to the economy, not a ‘doomster’ one”.

Tax policy, the economy and tackling the cost of living crisis have featured heavily in the bitter race for No.10 so far.

Mr Sunak claims his rival’s plans for £30 billion tax cuts would create a “sugar rush boom” that would ultimately prolong the cost of living crisis by increasing inflation.

But Ms Truss today restated her warning that the ex-Chancellor’s plan to increase corporation tax would stifle growth and trigger a recession.

On a campaign visit in Devon, she said: “What we know is if you put taxes up too high it chokes off investment, it chokes off growth and it leads to bad outcomes – ie. a recession.

“You know what a recession means, it means people losing their jobs, it means a lack of opportunity, it means more difficulties with the cost of living.

“We have to avoid that, we need to get growth and that’s why it’s important that we keep taxes low.”

The two senior Conservatives were grilled by party members in Exeter tonight – the second of 12 planned hustings during the six week contest.

Ahead of the event Ms Truss made a plea to party members to elect her as the next Tory leader.

“Now is the time to be bold. I have the vision and the plan to lead this party”, she wrote in a letter in which she promised to deliver on the Conservatives 2019 manifesto.”

“If you work hard, do the right thing, save your money, or start your own business, then I am on your side.”

Ms Truss says she has a track record of delivering on the big issues.

“I have delivered trade deals, faced down Putin’s Russia, and got on with sorting the Northern Ireland Protocol. I am honest and straight talking. I do what I say I will and I know what it takes to get things done.”

In a pointed attack on Mr Sunak she added: “We cannot continue to have business-as-usual and I have a bold plan to get our economy back on track.

“We must reject orthodoxy, the voices of decline and unleash Britain’s potential in line with Conservative values.”

Ms Truss also promises to “seize the full opportunities of Brexit” and level up the country.

Vowing to keep people safe, she added: “I will ensure the police do more to crack down on real crimes, and raise defence spending.”

In a further example of Ms Truss’ no-nonsense approach, she has vowed to halt the imposition of nanny state taxes that discourage people from eating unhealthy foods.

She said she will rip up plans for a supermarket ban on “buy one, get one free” junk food offers.

And she pledged there will be no new taxes on products high in fat, sugar or salt if she gets into No 10.

“There is definitely enough of that… Those taxes are over.”

The winner of the leadership contest will be announced on 5 September.