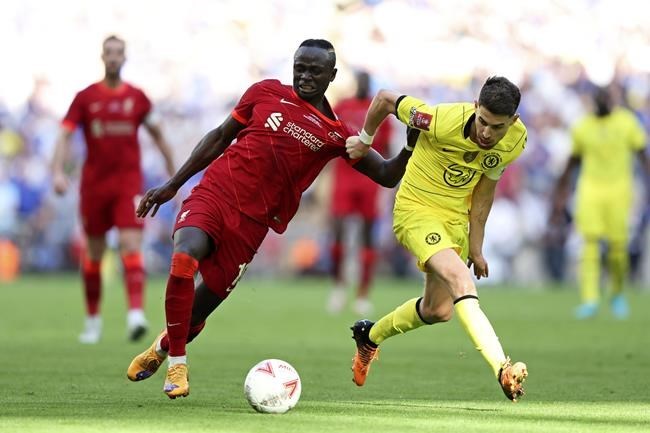 LONDON (AP) — Liverpool beat Chelsea in the first-ever FA Cup final penalty shootout at Wembley to stay in contention for, potentially if unlikely, a quadruple of trophies on Saturday.

Just like in the League Cup final in February, the showpiece ended 0-0 after regulation and extra time before Liverpool prevailed again. This time, the Reds were helped by Chelsea midfielder Mason Mason’s penalty being saved before Konstantinos Tsimikas clinched the 6-5 shootout win with his first-ever goal for the club.

It was Liverpool’s first FA Cup final triumph since 2006 — one of the two previous shootouts that settled the cup final that both happened in Cardiff while Wembley was being rebuilt.